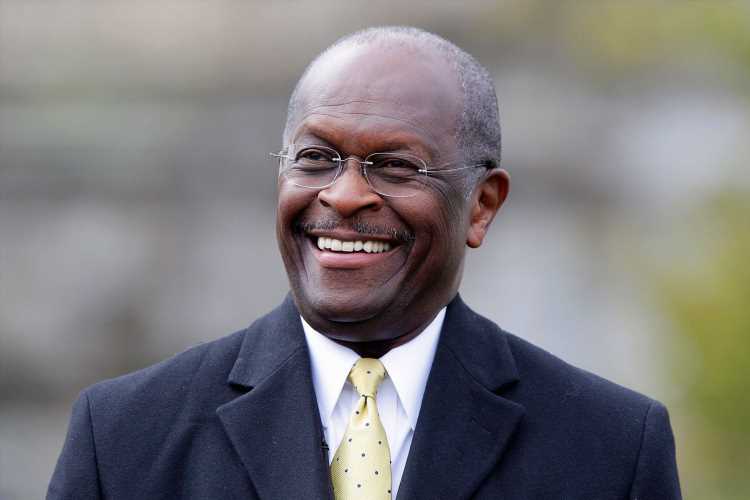 Donald Trump does not believe that Herman Cain was sickened with the novel coronavirus while attending his presidential rally in Tulsa, Oklahoma, last month.

Asked on Friday by reporters whether he thought that the former business executive and Republican politician — who died of coronavirus complications earlier this week, after about a month in the hospital — had contracted the virus at the political gathering, the president replied, “No, I don’t think he did.”

White House Press Secretary Kayleigh McEnany also addressed the speculation during a briefing on Friday, pointing to Cain’s official website, which stated that as Cain had been traveling frequently, it would be difficult to figure out the source of the infection.

"I will not politicize Herman Cain’s passing, and I would just note the great contributions he’s made to our society. We’ll always remember him, and his legacy will stand,” McEnany said.

Cain's friend and colleague Dan Calabrese, who announced the news of Cain's death, has also pushed back on the assumption that he was infected while attending the event, where he was photographed not wearing a mask.

"I want people to know he did a lot of traveling that week, he traveled to Vegas, he was gonna go to Arizona and I think his flight got redirected. He was on several flights," Calabrese told PEOPLE. "The whole conclusion that people are jumping to that he got it at the Tulsa rally — I think that a lot of people are jumping to that conclusion because they want to, but we have no reason to think he got it there as opposed to some of the airplanes he might have been on."

"To me, where he got it, it’s kind of neither here nor there. But I wish people would stop trying to turn it into a political angle in that way," Calabrese added. Cain was hospitalized with the coronavirus disease COVID-19 in early July, not long after attending the June 20 Trump rally in Tulsa, which health officials believe to be linked, along with other gatherings, to a subsequent surge in infections in the area.

His team has said that he tested positive on June 29 and he began showing symptoms on July 1 before he was then hospitalized.

In the wake of Cain's death — as he was mourned by many prominent Republicans, including President Trump — others used his case to advocate for mask-wearing, which studies confirm slows the virus' spread.

As information about the coronavirus pandemic rapidly changes, PEOPLE is committed to providing the most recent data in our coverage. Some of the information in this story may have changed after publication. For the latest on COVID-19, readers are encouraged to use online resources from CDC, WHO, and local public health departments. PEOPLE has partnered with GoFundMe to raise money for the COVID-19 Relief Fund, a GoFundMe.org fundraiser to support everything from frontline responders to families in need, as well as organizations helping communities. For more information or to donate, click here.