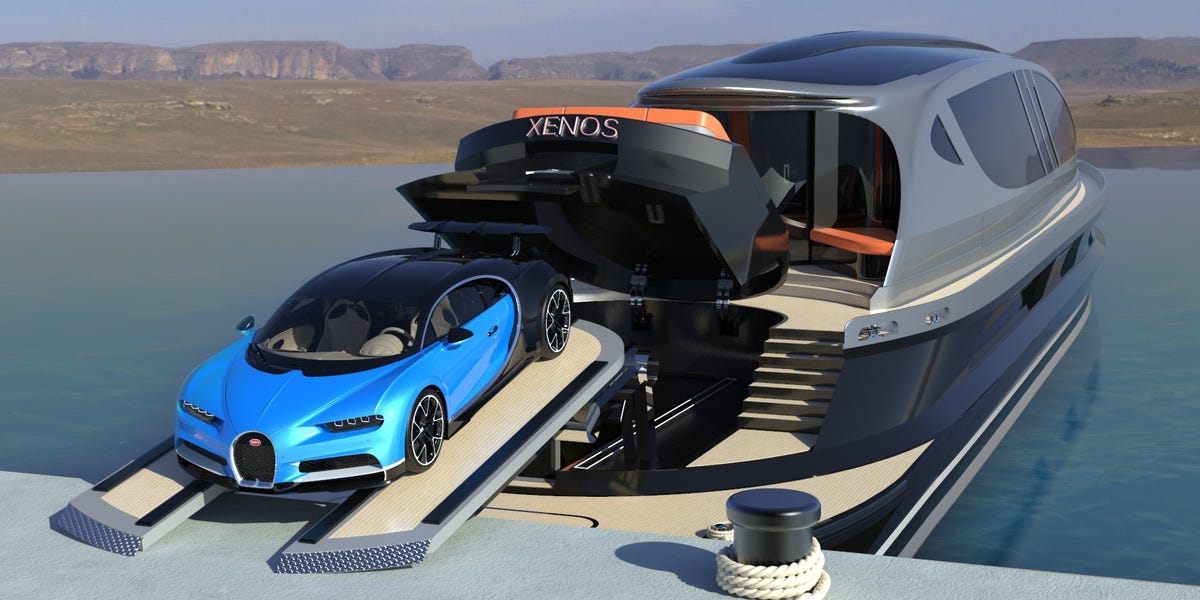 Companies often try to lure customers in with attractive buy-one-get-one deals, but one design studio is taking that a step further by offering clients a Bugatti with the purchase of their next yacht.

Lazzarini Design Studio has penned a new superyacht concept called Xenos, and it comes with a complimentary Bugatti Chiron. Odds are that someone with the cash for a $39 million superyacht already has a supercar or two in the garage, but what's one more for the collection?

Not to mention, Xenos has a few more tricks up its sleeve, such as roof-mounted solar panels, auto-tinting windows, and a claimed top speed of more than 100 mph.

Check out some renderings of Xenos, which was brought to our attention by Robb Report, below.

Xenos is a superyacht concept that offers something most other yachts don't. 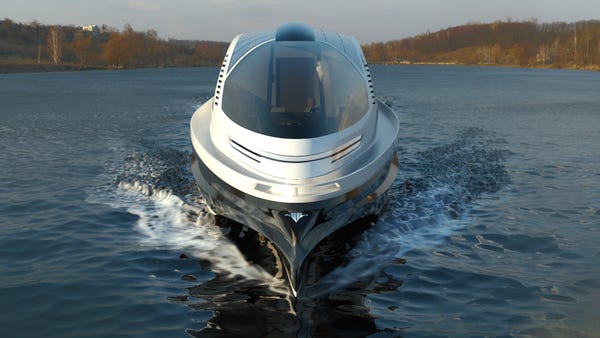 It comes with a Bugatti Chiron — one of the quickest, most powerful, and all-around wildest vehicles on the market today — included. 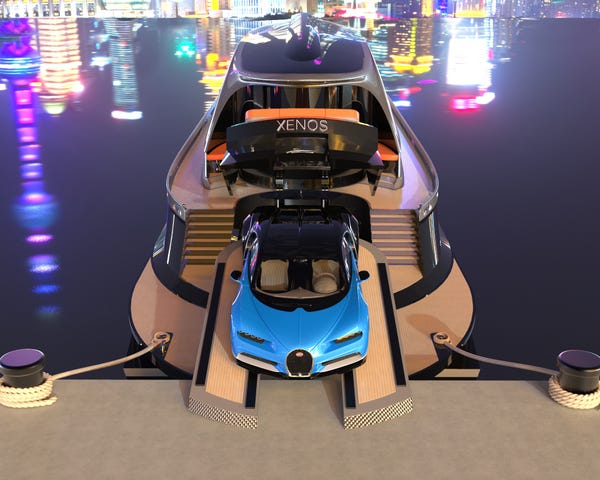 Not only that — the yacht has a compartment to store your new Chiron while out on the high seas. 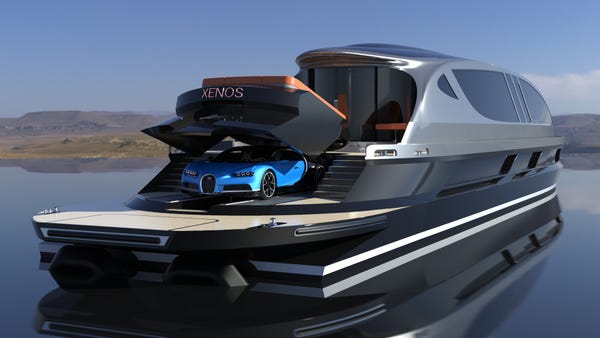 Thanks to an extending ramp, you can hop in your Chiron, rip a burnout right onto the dock, and speed away to your waterfront villa — all with minimal contact with the common folk hanging about the marina. 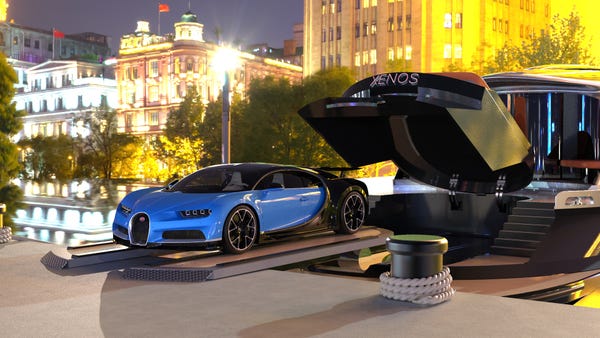 You see, it's all about COVID safety. 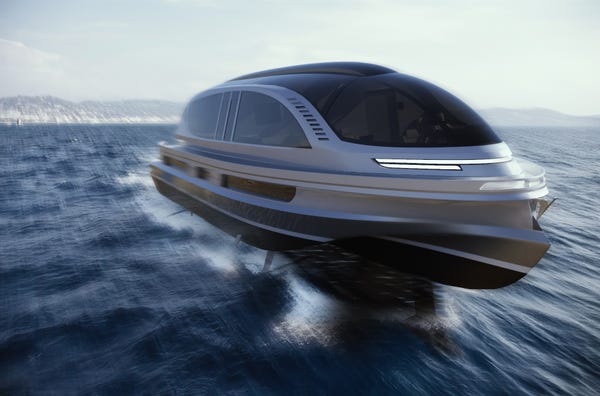 When the Bugatti's in the shop, Xenos owners can keep other toys like jet skis and boats in the garage. 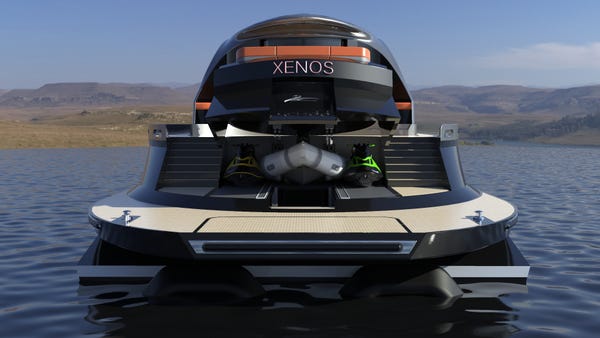 But the $39 million superyacht has plenty more going for it than just a free supercar. 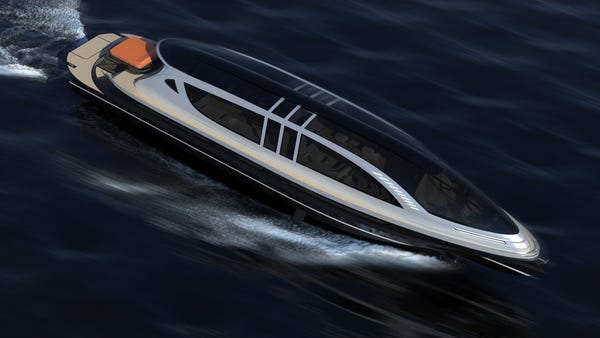 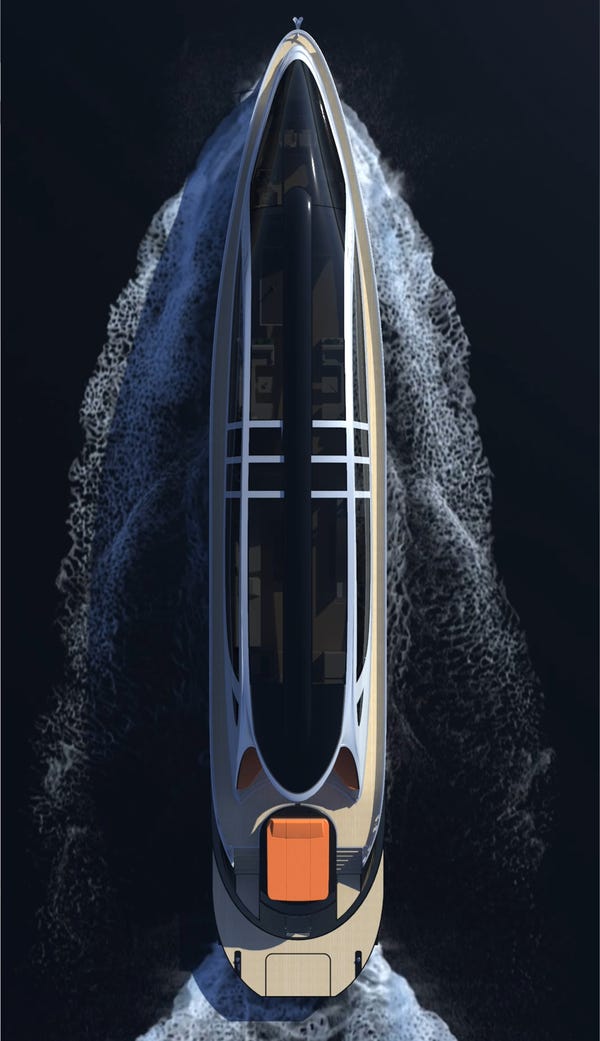 Lazzarini Design Studio, the firm behind the concept, says Xenos will be able to hit speeds of 90 knots — roughly 104 mph — in its most powerful 15,000-horsepower configuration. 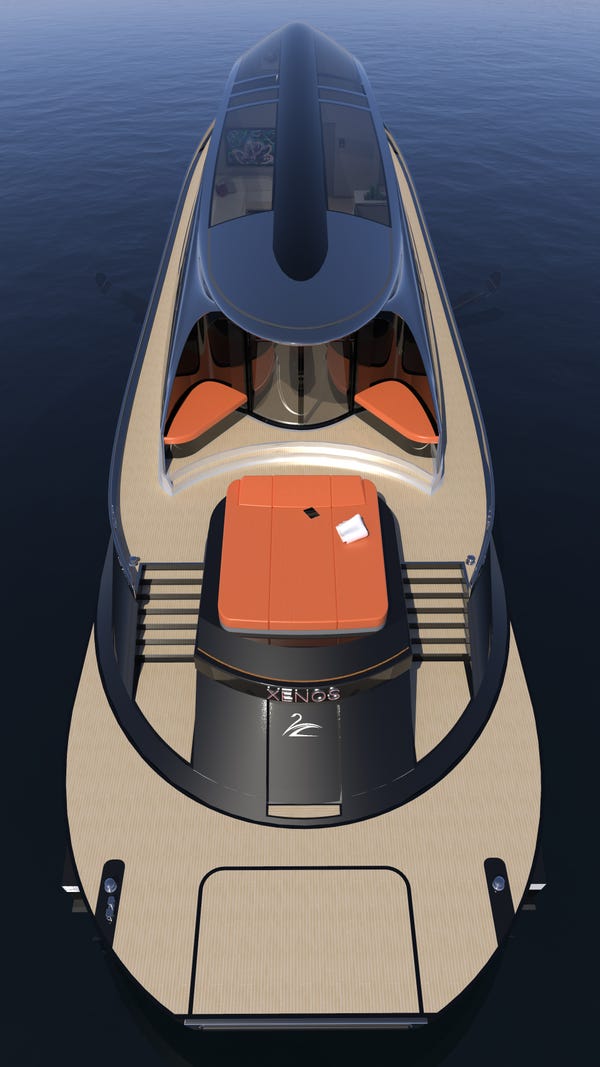 That would make it the fastest 130-foot yacht in existence, Lazzarini says. 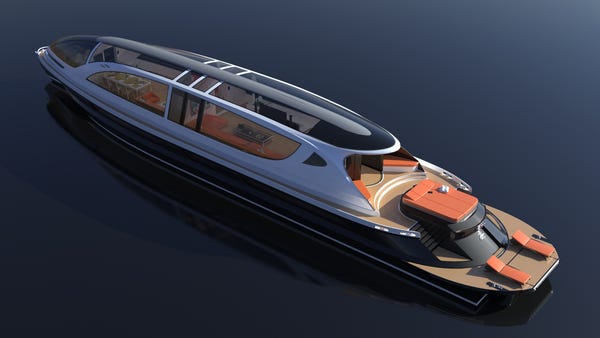 Plus, it'll be available in standard and hydrofoil versions. 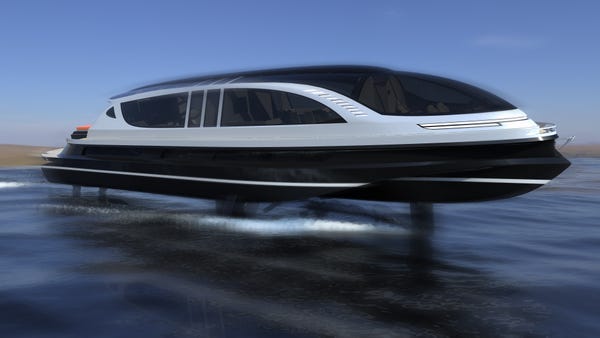 The yacht comes with windows that automatically tint depending on how bright it is outside. 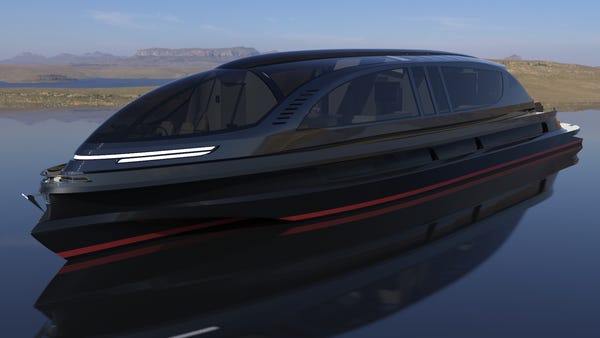 Not to mention, there will be solar panels integrated into the roof … 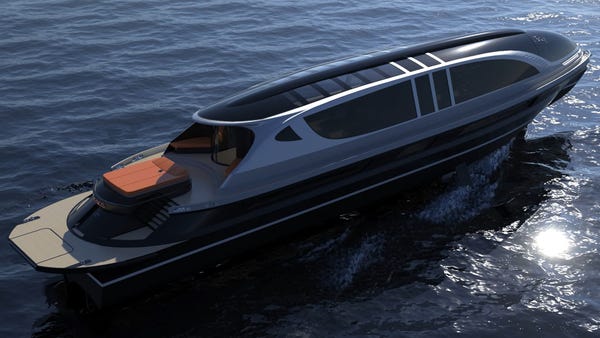 … and Xenos will be available in a hybrid-electric version. 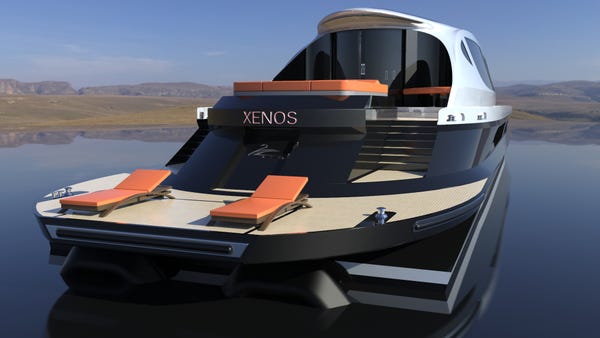 As for the interior, buyers can choose from various layouts. 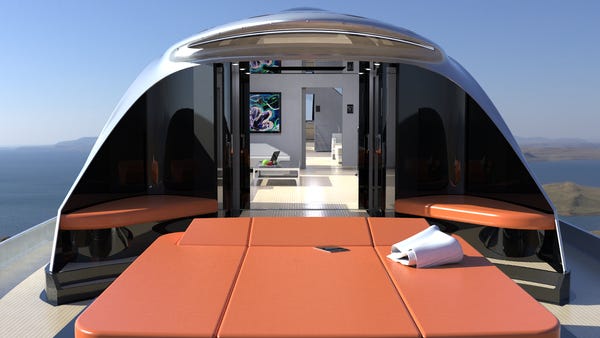 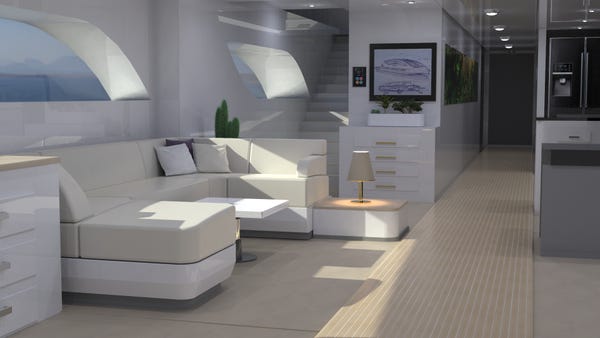 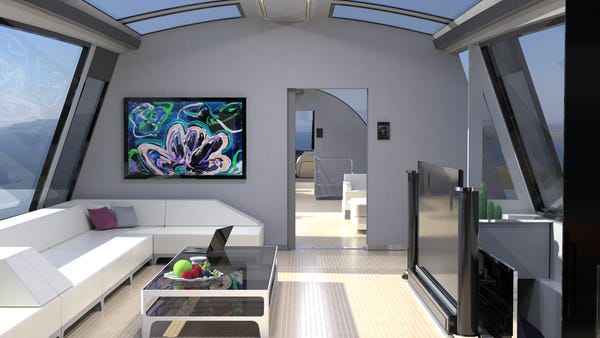 … and another sitting area. 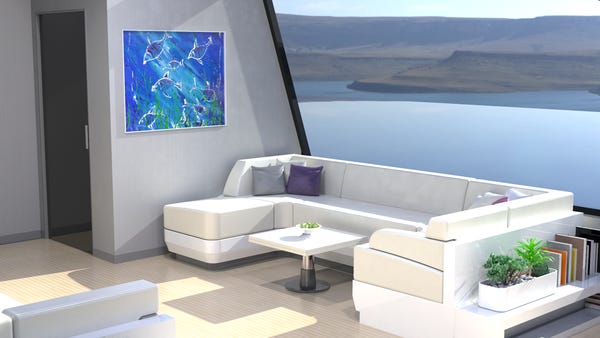 If you have a need for speed both on land and on water, you'll be in luck whenever Xenos goes from concept to reality. 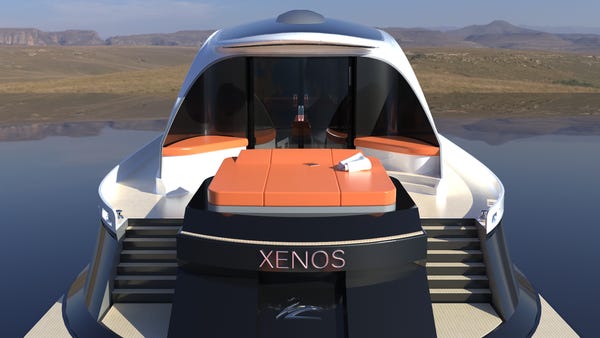