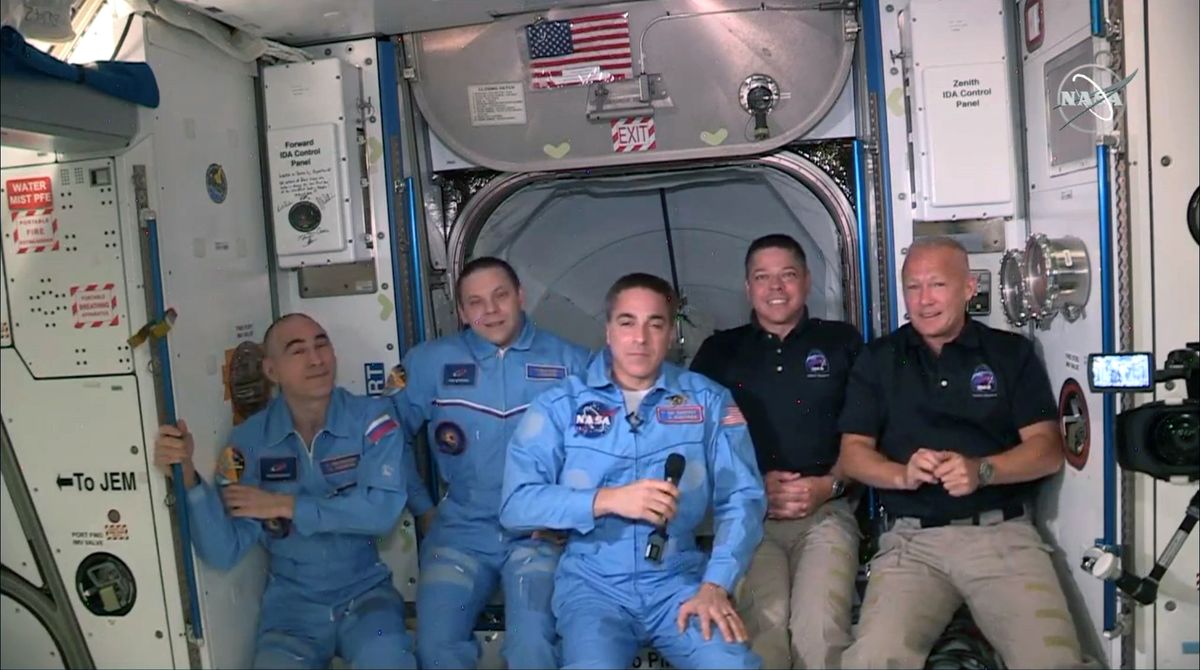 SpaceX and NASA have begun the return flight of two astronauts from the International Space Station while keeping an eye on Hurricane Isaias.

Astronauts Bob Behnken and Doug Hurley undocked SpaceX’s Dragon capsule from the space station at 7:35 p.m. Eastern time on Saturday. They will begin an engine burn to break out of orbit Sunday afternoon, with a splashdown near Florida planned for less than an hour later at 2:42 p.m.

Behnken and Hurley launched for the station May 30 on a Falcon 9 rocket made by Elon Musk’s Space Exploration Technologies Corp. Their flight was the first time American astronauts have voyaged from the U.S. since NASA’s space shuttle program ended in 2011. And it’s SpaceX’s first test flight to the station with astronauts on board, coming 18 years after Musk founded SpaceX with the ultimate goal of populating other planets.

Isaias Weakens Near Florida, Is Set to Become Hurricane Again

In the return flight, the Dragon will be traveling at about 17,500 miles per hour (28,160 kilometers per hour) before re-entering the Earth’s atmosphere, where it will rapidly slow and heat up. The vehicle will undergo temperatures of as much as 3,500 degrees Fahrenheit (1,927 degrees Celsius) during re-entry, according to NASA.

The SpaceX craft has two sets of parachute deployments. The first involves two drogue chutes that deploy at 18,000 feet when the vehicle is traveling at 350 miles per hour. Then four main parachutes that come out at 6,000 feet, with Dragon moving at about 119 miles per hour.

Dragon has oxygen, water and supplies to remain in orbit for about three days if the weather deteriorates. NASA could extend that slightly, Steve Stich, the agency’s commercial crew program manager, told reporters July 29.

SpaceX plans for the astronauts to exit the capsule within an hour after splashdown, at which point it will collect the capsule for re-use. U.S. military aircraft in Hawaii and South Carolina are prepared to fly a search and rescue mission, if necessary.

The ocean landings come after a 45-year splashdown hiatus and hark back to NASA’s Apollo program, which saw astronauts plop into the Pacific Ocean to be retrieved by ships. The last U.S. space return by sea was the joint Apollo-Soyuz docking mission, which ended with the Apollo capsule’s return in July 1975, northwest of Hawaii.

If the test mission goes according to plan, NASA aims to send its next space station crew in late September with four astronauts aboard the Dragon. The vehicle Behnken and Hurley flew will be refurbished for a Crew-2 Mission in the first half of 2021 with another four astronauts — including Megan McArthur, Behnken’s wife, who will serve as the mission’s pilot.

NASA has contracted with SpaceX and Boeing Co. for crew-ferry missions to the space station. Boeing plans a second uncrewed test flight of its Starliner vehicle later this year after a mission in December failed to reach the space station.