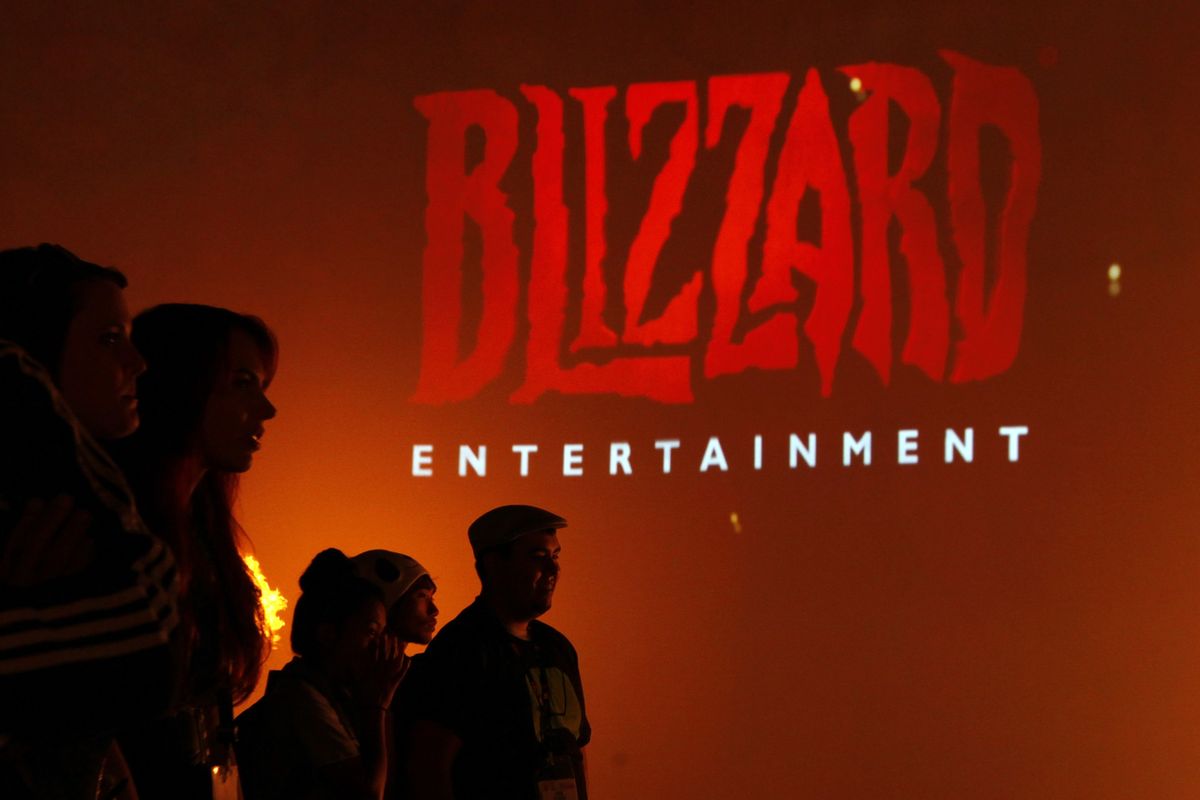 Employees at Blizzard Entertainment, a division of Activision Blizzard Inc., began circulating a spreadsheet on Friday to anonymously share salaries and recent pay increases, the latest example of rising tension in the video game industry over wage disparities and executive compensation.

Blizzard, based in Irvine, California, makes popular games including Diablo and World of Warcraft. In 2019, after an internal survey revealed that more than half of Blizzard workers were unhappy with their compensation, the company told staff it would perform a study to ensure fair pay, according to people familiar with the situation. Blizzard implemented the results of that study last month, which led to an outcry on the company’s internal Slack messaging boards.

One employee then created a spreadsheet and encouraged staff to share their compensation information. The anonymous document, reviewed by Bloomberg News, contains dozens of purported Blizzard salaries and pay bumps. Most of the raises are below 10%, significantly less than Blizzard employees said they expected following the study.

“Our goal has always been to ensure we compensate our employees fairly and competitively,” Activision Blizzard spokeswoman Jessica Taylor said. “We are constantly reviewing compensation philosophies to better recognize the talent of our highest performers and keep us competitive in the industry, all with the aim of rewarding and investing more in top employees.”

This year, Blizzard top performers received a salary increase that was 20% more than in prior years, and more people got promotions, Taylor added. “Our overall salary investment is consistent with prior years,” she also said.

Wage disparity has become a hot-button issue in the $150 billion video game industry as calls for unionization grow. A pro-labor group recently slammed Activision Blizzard for the pay of Chief Executive Officer Bobby Kotick. His 2019 compensation was worth $40 million at the end of that year, according to data compiled by Bloomberg, and the package has grown since then as the company’s stock has soared. Last year, the company also paid $15 million in stock awards and sign-on bonus to incoming Chief Financial Officer Dennis Durkin. In the anonymous spreadsheet, one employee listed the CEO’s annual salary, bonus and stock award.

In internal messages reviewed by Bloomberg News, Blizzard employees said they were struggling to make ends meet while watching Activision Blizzard revenue grow year after year. Some producers and engineers at Blizzard can make well over $100,000 a year, but others, such as video game testers and customer-service representatives, are often paid minimum wage or close to it.

Blizzard Entertainment has traditionally remained autonomous from its parent company, but in recent years, Activision’s corporate office has pushed the game-development studio to cut costs. Last year, the company eliminated hundreds of jobs and asked some of the remaining staff to take on the responsibilities of those who were let go. That extra work did not come with more pay, according to the people familiar with the company, who asked not to be identified discussing sensitive private information.

One veteran Blizzard employee told Bloomberg News they received a raise of less than 50 cents an hour. They are making less now than they did almost a decade ago because they are working fewer overtime hours than they did back then. Several former Blizzard employees said they only received significant pay increases after leaving for other companies, such as nearby rival Riot Games Inc. in Los Angeles.

In 2018 messages on internal Blizzard communication channels reviewed by Bloomberg News, employees talked about money-saving measures they’ve taken to remain with the company. One employee wrote that they had to skip meals to pay rent and that they used the company’s free coffee as an appetite suppressant. Another said they would only eat oatmeal and bail on team lunches because they couldn’t afford to buy food at the company cafeteria. A third said they and their partner stopped talking about having kids because they knew they wouldn’t be able to afford it. That contrasted with pictures they saw of more senior Blizzard employees enjoying vacations to Disneyland with their families.

— With assistance by Anders Melin