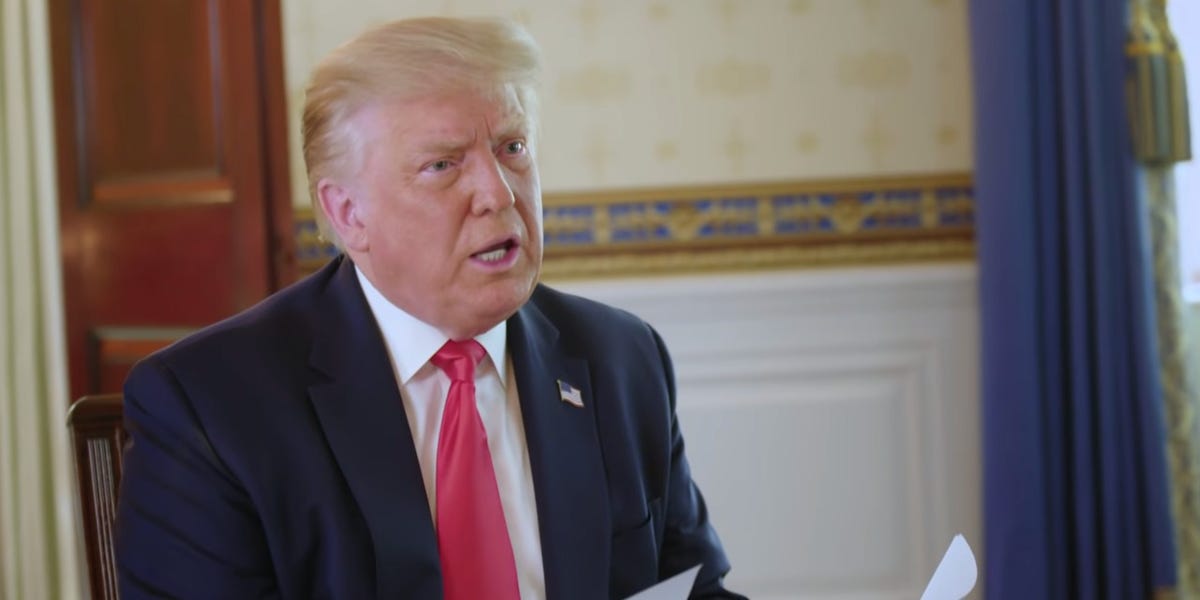 After being confronted by the fact that South Korea has seen dramatically fewer Covid-19 deaths as a proportion of its population than the US has, Trump insisted the statistics that reporter Jonathan Swan cited couldn't be proven.

"You think they're faking their statistics?" Swan asked.

"Uh, I won't get into that because I have a very good relationship with the country, but you don't know that," Trump said. "And they have spikes."

The statistics that Swan cited were released by South Korean officials. As of Tuesday, the country's death count was 301, with 14,423 confirmed cases, according to data gathered by Johns Hopkins University.

South Korea cracked down on its coronavirus epidemic in the early stages with aggressive contact tracing, testing, and isolation — containing the national outbreak inside a month. Reporters and experts have repeatedly pointed to the fact that the US and South Korea had the same number of coronavirus deaths — 90 — in mid-March. But while South Korea quickly implemented a comprehensive system of testing, contact tracing, and isolation, the US was slow to ramp up any of these crucial efforts.

The White House referred Business Insider to the National Security Council, which didn't immediately respond to a request for comment.