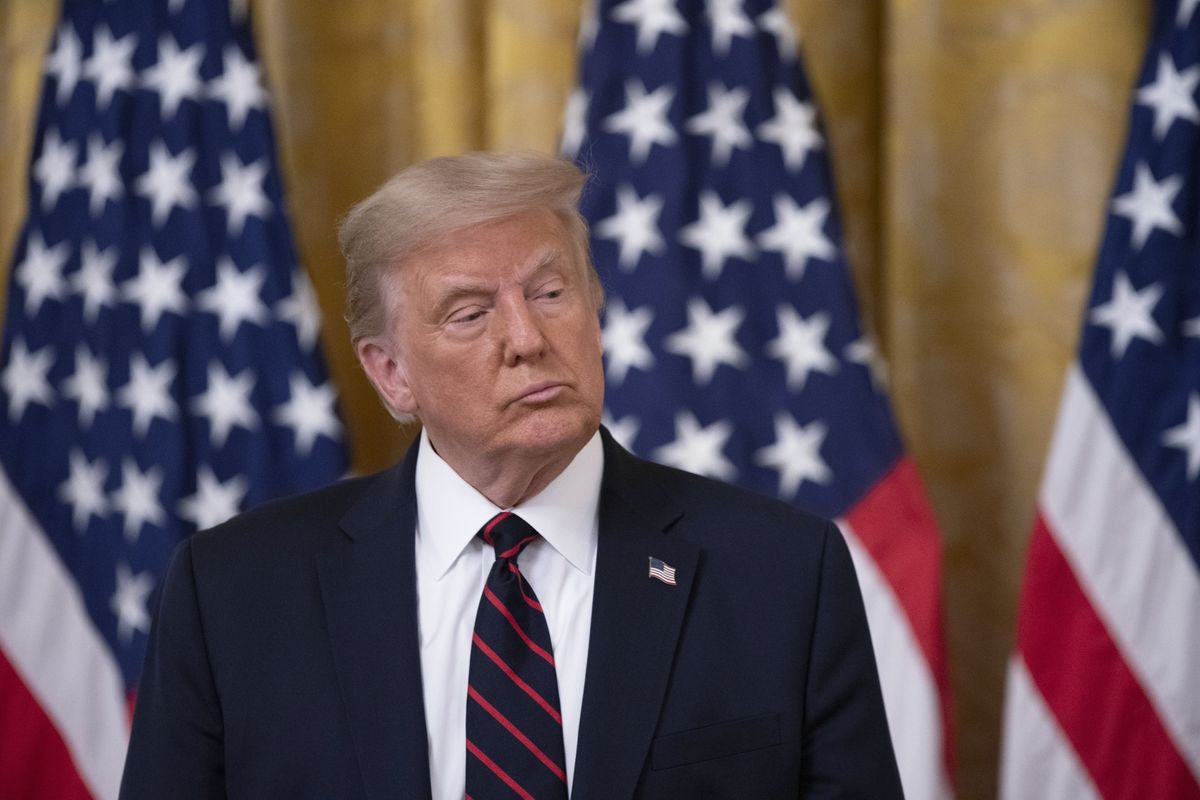 A new border wall paid for by Mexican pesos flowing to the U.S. Treasury. Payments for farmers and ranchers funded by tariffs on Chinese goods collected by the federal government. And now, cash to unlock the sale of the viral video platform TikTok in the U.S.

President Donald Trump has frequently depicted himself as standing up for the taxpayer by strong-arming those looking to do business with the U.S. — whether or not his promises materialize.

His latest demand is for either the Chinese sellers or the American buyers of TikTok’s U.S. operations to pay the U.S. Treasury a fee based on the sale price, even though it wasn’t clear under what authority he could demand the money. Trump said TikTok will have to close in the U.S. by Sept. 15 unless there’s a deal to sell the social network’s domestic operations to Microsoft Corp. or another U.S. company.

“It would come from the sale,” the president said Monday of the TikTok payment, “which nobody else would be thinking about but me. But that’s the way I think.”

The president’s tough-guy proclamations often are muddied by the real-world machinations of finance and diplomacy.

On Tuesday, White House economic adviser Larry Kudlow suggested the TikTok payment may not happen. He told Fox Business Network that he didn’t know if it’s a “key” stipulation and that he’s “not sure it’s a specific concept that will be followed through.” He also said there’s “no specific blueprint” for a payment to the U.S.

White House staff are looking at using compliance costs as a way to collect the money, according to a person familiar with the matter. A White House spokesman and the Treasury Department declined to elaborate on the mechanism Trump would use.

The increased tariffs on Chinese goods sold in the U.S. were paid by importers, including U.S. companies. That resulted in higher prices for American consumers.

Any payment to the U.S. on the sale of TikTok might prove similarly underwhelming, even though Trump said Monday he expected “a very large percentage” of the sale price to be paid over to the Treasury.

The U.S. also assesses fees associated with deals under review by the Committee on Foreign Investment in the United States, or CFIUS, which investigates overseas acquisitions of U.S. businesses. But those charges — set on a sliding scale and going no higher than $300,000 — would appear to fall short of what Trump described.

The U.S. has been investigating potential national security risks due to TikTok being owned by China’s ByteDance Ltd.

Potential buyers may be hoping they can get away without writing a check at all. While Microsoft — the leading contender to purchase TikTok from ByteDance — committed in a blog post to “providing proper economic benefits to the United States, including the United States Treasury,” that language referred to ordinary tax revenue and job creation, according to a person familiar with the matter.

In the end, the president’s demand of a TikTok buyer might prove similar to the 15-second videos that make up the platform: surprising and engaging, but ultimately fleeting.

— With assistance by Saleha Mohsin