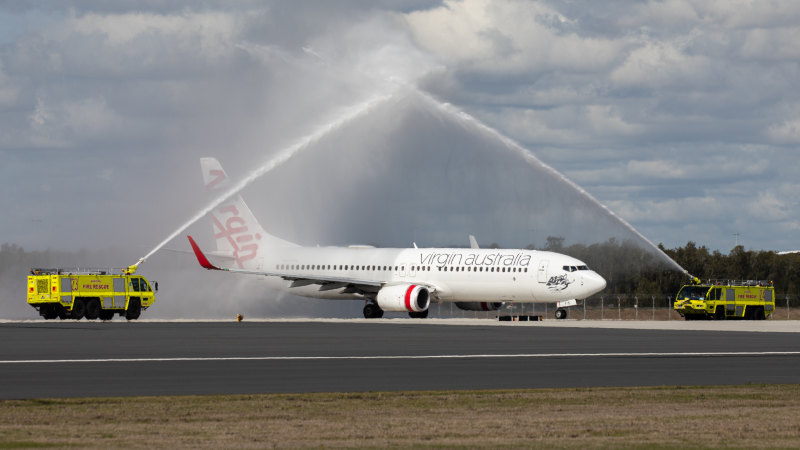 The glimpse of what the remade Virgin will look like after it emerges from administration and COVID-19 hibernation is exactly what Qantas wouldn't want to see.

All the talk over the past five months that the airline could be resurrected as Virgin Blue Mark 2 evaporated when chief executive Paul Scurrah outlined its new shape as-a carrier designed to cater to the leisure and corporate market.

"It won’t be back to the days of cracking jokes and rolling toilet paper down the aisle," Scurrah declared. 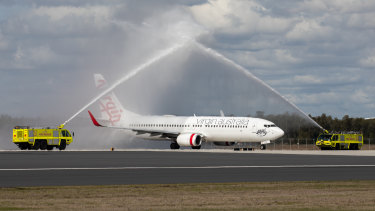 Virgin will be a full-service airline with a business class, lounges and frequency between capital cities sufficient to satisfy most corporate travellers albeit with a slightly reduced corporate focus.

It will look largely like pre-administration Virgin but with a radically reduced cost base (close to that of Jetstar, according to insiders), a much healthier balance sheet and debt deserving of an investment-grade rating.

And now it has an owner in Bain from which it can tap additional financial support, sufficient to see the airline through the increasingly protracted period of being effectively grounded. And if Virgin lives up to its management’s hype, when flying begins again its fares will be pitched at a better price point.

It will not boast a network as extensive as Qantas but Virgin will be looking to undercut its larger competitor on fares. The rationale is that in the post COVID-19 environment the business market will have an even greater focus on its travel expense line.

Virgin has long offered a slight fare advantage over Qantas, but winning baked-on Qantas travellers may require Virgin to further enlarge that discount.

One of the more surprising elements to the reborn Virgin is not that 3000 staff will lose their jobs, it's the expectation that 6000 will be retained over time and that after normal flying levels restart, the staff numbers could reach 8000. This will depend on whether or when Virgin resumes flying long haul routes.

It will also depend on what the state of market looks like in March when Jobkeeper subsidies come to an end. If the industry has not staged a recovery the headcount would likely fall further.

For the time being when international travel does come back Virgin will service routes such as Japan and the US through re-establishing partnerships possibly by joining the global Star Alliance network.

The reduction in staff numbers is just one part of a radical cost overhaul that Virgin’s management and administrators were able to execute. The enterprise bargaining agreements will be altered, the onerous contracts have been exited and the airline will jettison all aircraft types other than the Boeing 737 – a move that brings with it significant cost savings in leasing and maintenance.

How creditors will fare from the administration has not yet been announced and the final creditors' meeting needed to seal the sale to the proposed new owners Bain will take place in early September.

The resurrection of Virgin mark 2 with a similar product offering (and sans Tiger and for the time being long haul operations) now adds to Qantas’ headaches.

It was only six weeks ago that Qantas had a plan to be back to 40 per cent of its normal flying levels by July. The various border closures stemming from Victoria's second wave have skewered that trajectory for both airlines. Qantas had previously announced it would need to stand down 6000 staff of its 30,000-strong workforce- an outcome that is looking increasingly optimistic.

Qantas is seeking to vary some of its enterprise bargaining agreements with the most expensive part of its workforce – its pilots. Although the details of these variations are not yet clear it appears the objective is to avoid the accumulation of leave entitlements during JobKeeper.

There are now questions being asked about whether the $1.9 billion equity raising Qantas undertook in June will be sufficient to see it through until profitable flying resumes.