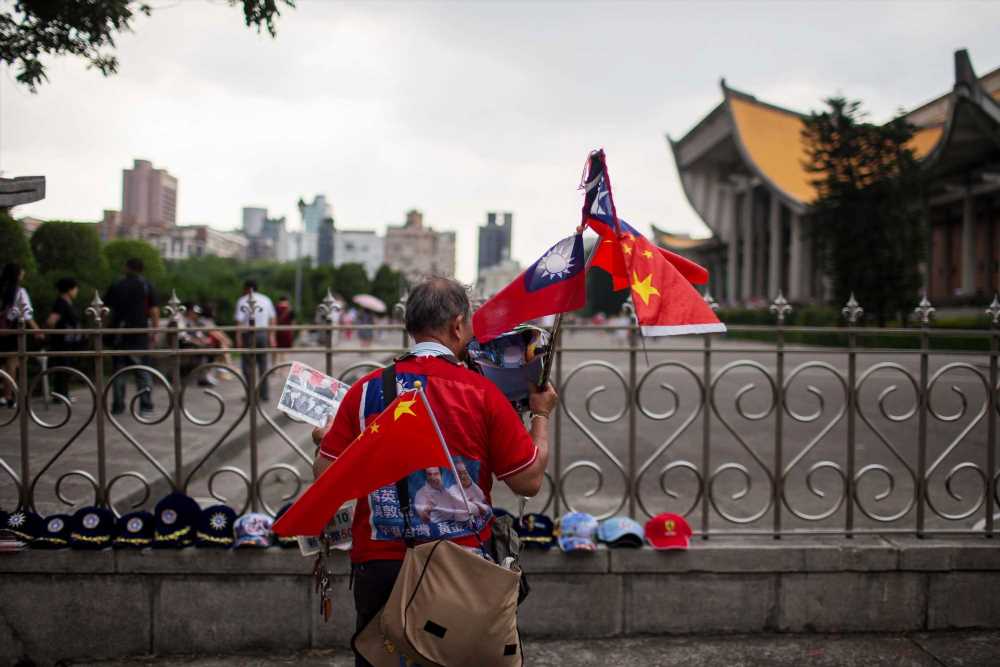 Taiwan appears to be distancing itself from China in recent months, as military activities around the island intensify amid heightened U.S.-China tensions and the coronavirus pandemic.

In late July, Taiwan's legislature approved two proposals. One was to rename carrier China Airlines, and the other was to highlight the word Taiwan on passports, which are currently marked "Republic of China" — Taiwan's official name.

In the last few months, China has stepped up its military and navy activity around the island, spurring Taiwanese Premier Su Tseng-chang to say late June that Beijing was "disturbing" the island.

Experts say China will likely intensify its efforts to isolate Taiwan internationally, and some expressed concerns there may be a risk of military conflict, particularly as the island is caught in the crosshairs of Sino-U.S. friction.

U.S.-China relations have deteriorated significantly in recent months, with both countries ordering the other to shut down their respective consulates in Houston and Chengdu.

This could lead to "some kind of a military dust-up" that may involve areas where China is caught up in territorial or sovereignty disputes — such as the South China Sea or East China Sea or Taiwan, said Orville Schell, Arthur Ross director of the Center on U.S.-China Relations at Asia Society.

Chinese President Xi Jinping has said that Taiwan is the most important and sensitive issue in U.S.-China ties.

Beijing claims democratic self-ruled Taiwan as part of China's territory and has never renounced the use of force to bring the two together. The Chinese Communist Party has never governed Taiwan.

Current relations between China and Taiwan are among the chilliest in decades after Taiwanese President Tsai Ing-wen's election in 2016, which led to Beijing cutting off official communication with Taipei.

Tsai from the independence-leaning Democratic progressive party won a second term in January with a record number of votes.

"Rather than weaken the appeal of Taiwan's democracy and erode its support, China's sustained 'sharp power' activities toward Taiwan have resulted in a stronger embrace of democratic governance and willingness to defend it," wrote J. Michael Cole, a senior non-resident fellow at the Global Taiwan Institute, a Washington D.C.-based think tank.

Taipei's moves to distance itself from Beijing will not sit well with Beijing, analysts say.

"All of these gestures — particularly when they come from Taiwan — these kind of decoupling gestures are considered to be provocations in the mainland," said Schell.

Mainland China and Taiwan share close links in culture and business, but recently, Taiwan's regulatory authorities are reportedly looking to tighten mainland investment scrutiny in Taiwanese companies over concerns that Beijing could get access to sensitive data and technologies.

President Xi Jinping's government has been rolling out incentives in an apparent bid to win over Taiwanese and Taiwan businesses, without having to resort to a harder stance.

"Everything else having failed, Xi may therefore feel compelled to put a premium on a military strategy in the Taiwan Strait," said Cole in the report.

"The two pillars of Beijing's strategy toward Taiwan, coercion and incentivization, have failed to arrest ongoing trends in Taiwan supporting independence and a democratic form of governance," Cole wrote. "Everything else having failed, the Chinese leadership could become more inclined to use force against the object of its desire."

In May, Chinese premier Li Keqiang left out the word "peaceful" when he referred to Beijing's perennial desire to "reunify" Taiwan with the mainland. It broke with a decades-old practice, and was noted by China watchers.

The situation is "delicate" as Taiwan is an area of "core interest" to China, Schell told CNBC. Beijing will not be willing to accord any compromise or flexibility when it comes to the position of Taiwan, he added.

The role of the U.S. also adds to the situation. Washington does not have formal diplomatic ties with Taipei but is bound by law to provide the island with the means to defend itself.

The U.S. has been stepping up its sailings through the Taiwan Strait in recent months, according to Reuters. A U.S. military aircraft also entered Taiwan air space with permission from the Taiwanese in June, a move that angered China.

Both China and Taiwan have been beefing up their defense capabilities. The mainland has been developing new amphibious assault ships and aircrafts. Taiwan has also been boosting its defense industry with the test flight of a homegrown jet in June.

Taipei has also been displaying its military might — most recently with its annual war games in July.

"The Chinese recognize that in the near-term, they do not have the capacity to really 'retake' Taiwan, not only militarily, but in particular economically and politically," said Rodger Baker, senior vice president of strategic analysis at Stratfor, a consultancy.

China also can't afford to take such any action "that would guarantee that the rest of the world rallies against China," Baker told CNBC.

What China would most likely continue doing is intensify and accelerate steps to isolate Taiwan internationally by pressuring others, he said. The mainland has already pressured many of Taiwan's diplomatic allies to cut ties with the island. Solomon Islands and Kiribati were among the latest to switch sides in September last year, leaving Taipei with just 15 allies remaining.

Just last month, the Chinese foreign ministry said at a scheduled press conference that Beijing would sanction U.S. weapons-maker Lockheed Martin for selling arms to Taiwan. The company is the main contractor for a $620 million missile upgrade package for the island that was approved by the U.S. government. Lockheed Martin told Reuters at the time that foreign military sales are government-to-government transaction.

"We have seen over the years … not a scintilla of evidence of flexibility on these kinds of core interest questions, and that's what makes Taiwan so dangerous," said Schell.