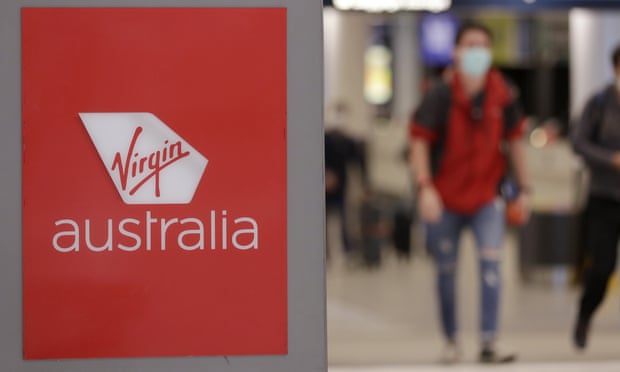 Virgin Australia’s chief executive, Paul Scurrah, has said he cannot guarantee there won’t be more job losses after unveiling a plan to relaunch the stricken airline by sacking 3,000 of its 9,000 workers.

The company’s new owner, the US private equity group Bain Capital, plans to cut the airline’s fleet in half and run only domestic flights for the foreseeable future, but has stopped short of turning the company into a budget operator by keeping two classes of travel and maintaining its airport lounges.

It will “discontinue” the Tigerair Australia brand but maintain its air operator certificate and the necessary support to provide the option of relaunching ultra-low-cost operations when the market recovers.

The airline also plans to cut office space, including by moving its Brisbane headquarters from Bowen Hills to Southbank, where it will co-locate with the travel agent Flight Centre.

The Velocity frequent flyer scheme will also continue to operate and customers who have been given credits for cancelled flights will be able to continue to use them after Bain Capital takes full control of Virgin Australia next month.

But the administrator Vaughan Strawbridge said customers would not be able to redeem the credits for cash.

Virgin Australia went into administration in April after the federal government rebuffed its repeated pleas for a bailout.

Unions said the loss of one-third of the airline’s jobs showed that the government needed to directly support aviation, which remains in crisis due to sweeping travel restrictions and the collapse of corporate demand for flights.

But despite the job losses, unions who had feared Bain Capital would strip the airline to bare bones welcomed the plan to restart Virgin Australia, with the national secretary of the Transport Workers’ Union, Michael Kaine, saying it offered a “glimmer of hope”.

Scurrah said he expected domestic air travel to take three years to return to pre-pandemic levels and he did not know when international travel would resume, but expected it would be “very slow”.

He said the aviation industry was “in constant crisis at the moment”. “In the industry that we’re in at the moment, nothing can be guaranteed,” he said.

He repeated industry calls for a longer-term plan for the sector. “I think all business leaders are looking for a plan and a plan that takes us through in multiple sets of circumstances, and that’s something we’d really like to see.”

He said border closures hurt airlines but he understood the perception that flying was a risk. “I really think there is no doubt the economy has been very badly affected by the country’s response to Covid,” he said. “I support the premiers’ response in recent times, but I really would like to see a longer term plan.”

Virgin Australia would cut its fleet of about 130 aircraft of various types down to between 60 and 80 Boeing 737s by sending back to their owners the larger, wide-body planes it uses to fly long distances internationally, he said.

The airline has already delayed buying the planes, which are now banned from the air after two crashes caused 346 deaths and exposed a “culture of concealment” within the aircraft maker that jeopardised safety.

“We’re in discussions with Boeing right now about that and a number of other things,” Scurrah said.

Sources close to the negotiations about the future of Virgin Australia said there had been a push by some within Bain Capital to run a leaner operation, with fewer jobs, which was resisted by unions.

Scurrah denied any rift with Bain Capital. But he said the private equity group’s Australian airline expert, Jayne Hrdlicka, would not have an executive role at the new Virgin Australia.

Hrdlicka is a union bogeyman because she was formerly chief executive of Qantas’s budget arm Jetstar, which pays less than the mainline airline after a bitter labour dispute.

Scurrah declined to say how much cash the new Virgin Australia would have but said that under Bain Capital it would have sufficient financial resources to see it through further shocks. “Bain intend to have a low amount of debt, if any, on the balance sheet,” he said.

The restructuring announcement came ahead of a meeting, which was due this month but has been pushed back to 5 September, at which creditors owed billions of dollars by the failed airline will be asked to sign off on the Bain Capital deal.

A group of bondholders has said they want an alternative proposal they will put forward considered by the meeting but Strawbridge said he was planning to put only the Bain offer to the creditors.

He denied that the meeting would rubber-stamp the Bain Capital deal, saying approval by creditors would improve the return they received.

Virgin Australia’s administrators are also embroiled in a federal court proceeding with US financiers who want engines leased by the airline returned to them, although a hearing scheduled for Wednesday afternoon was cancelled.

Scurrah said that once international travel restarted he hoped Virgin Australia would fly to New Zealand, Bali, Fiji and other Pacific islands.

But it was impossible to know how long it would take international airspace to reopen.

Kaine said the job losses would be difficult and the TWU would support sacked workers.

“This has not been an easy process and Virgin workers have worked hard to ensure that instead of going down the route of a low-cost model where more jobs might have gone, Virgin will be able to retain its place in the market and hold on to the vital experience and skills of many of its workers,” he said.

“The notion that Virgin could survive as a competitor to Jetstar and others at the lower end of the market was entirely baseless and something that Virgin workers have opposed strenuously.”

Qantas to cut 6,000 jobs and keep 15,000 stood down in bid to survive coronavirus downturn

But the assistant national secretary of the Australian Services Union, Linda White, said the losses would still be devastating.

“Ultimately the company’s plan still sees a staggering number of job losses and cripples the industry – it’s shattering for workers and will be a huge skill drain for aviation,” she said.

Kaine and White both condemned the Morrison government for failing to bail out Virgin Australia, and renewed union calls for support of the aviation sector to stem further job losses.

“The PM has seen what the industry will do unassisted – now it needs to get off the bench and save jobs,” White said.