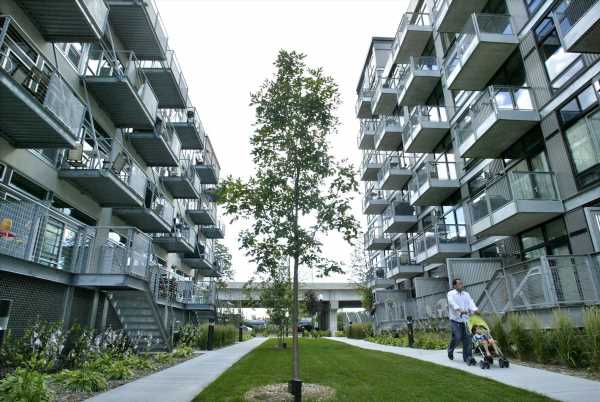 Renters across America are wading into unknown territory. With the lapse of the federal moratorium on evictions that expired July 31 and the end of the $600 per week boost to unemployment benefits, a recent survey reveals the breadth of financial uncertainty now plaguing Americans.

An estimated 27% of adults in the U.S. missed their rent or mortgage payment for July, according to a nationwide survey conducted by the U.S. Census Bureau weekly over the last three months. Among renters alone, just over one-third (34%) said during the waning days of July that they had little to no confidence that they could make their August rent payment, a stark measure of the ongoing economic devastation for households stretched to the brink by coronavirus pandemic.

The survey registers the deepest uncertainty across the South, where in some states, more than one-third of renters and homeowners said they missed their last rent or mortgage payment and would struggle to meet their obligations for August. In Texas, for example, 39% of renters said they weren’t certain they could pay their rent (or they were sure that they couldn’t). In Oklahoma, doubt has crept up to 43%.

The Household Pulse Survey paints a picture of a nation veering toward widespread financial precarity. Over the last 90 days, the Census Bureau conducted this weighted survey by polling Americans weekly on their financial, physical and mental well-being. The responses show large shares of Americans foregoing medical care and many struggling with food insecurity. During the week of July 21 — the final week of the census survey — an estimated 35% of Americans said they expected to lose employment income due to the pandemic. One-third of respondents reported feeling anxiety most days or every day of the week.

The risks weigh differently for different groups. For example, 31% of Black renters said that they were unable to pay last month’s rent, versus 28% of Latino renters and 14% of white renters. It’s worth noting that the Census Bureau provides estimates for adults, not households, which would provide slightly different and perhaps more accurate estimates.

The picture from this survey complicates the news that applications for unemployment benefits fell unexpectedly last week. Initial jobless claims fell to 1.2 million workers in the week ending Aug. 1, a substantial improvement. (Counting claims for the federal program for gig workers and the self employed, the number of applications was 1.6 million.) Data from the Labor Department show that continuing claims for unemployment benefits in the week that ended on July 25 hit their lowest level since April.

Yet millions of renters — and homeowners — are still relying on the federal $600 boost to unemployment to pay their bills. The Census Bureau survey found that an estimated one in five renters tapped unemployment benefits to meet their spending needs over the period from July 16 to 21. Similar shares of renters used credit cards, money from savings, loans from friends or family or money from the one-time stimulus payment to pay their bills (or some combination of income sources). More than 40% of renters say they are scraping by, using funds from sources other than regular income.

Americans who are out of work may be on the verge of a cliff. Up until July 31, a federal moratorium on evictions has shielded between 12 million and 20 million households. (At least on paper; renters who were served eviction notices illegally would still need to show up to court to pursue their rights, and many don’t.) Some states still have local eviction protections in place, and a few states where protections lapsed are taking steps to extend them. The Household Pulse Survey tracked the situation for renters across the nation right up until the federal moratorium expired.

Senate Republicans are still debating how or whether to extend the boost to unemployment. Some senators suggest replacing the weekly $600 bump with a $200 boost instead. Some Republicans hope to hold out for a separate bill for unemployment benefits, separate from other spending priorities that Democrats in the House are putting forward as a package. Resuming a federal moratorium on evictions and foreclosures is another issue that Senate Republicans are weighing; the HEROES Act passed by the House includes $100 billion in emergency rental assistance along with a uniform eviction moratorium for all renters. President Donald Trump has even said he could sign an executive order banning evictions.

How far these efforts go (or don’t go) to help struggling households may be hard to see right away. The Household Pulse Survey ended its run last week; the Census Bureau did not respond to questions about whether the agency planned to resume the survey.

— With assistance by Marie Patino