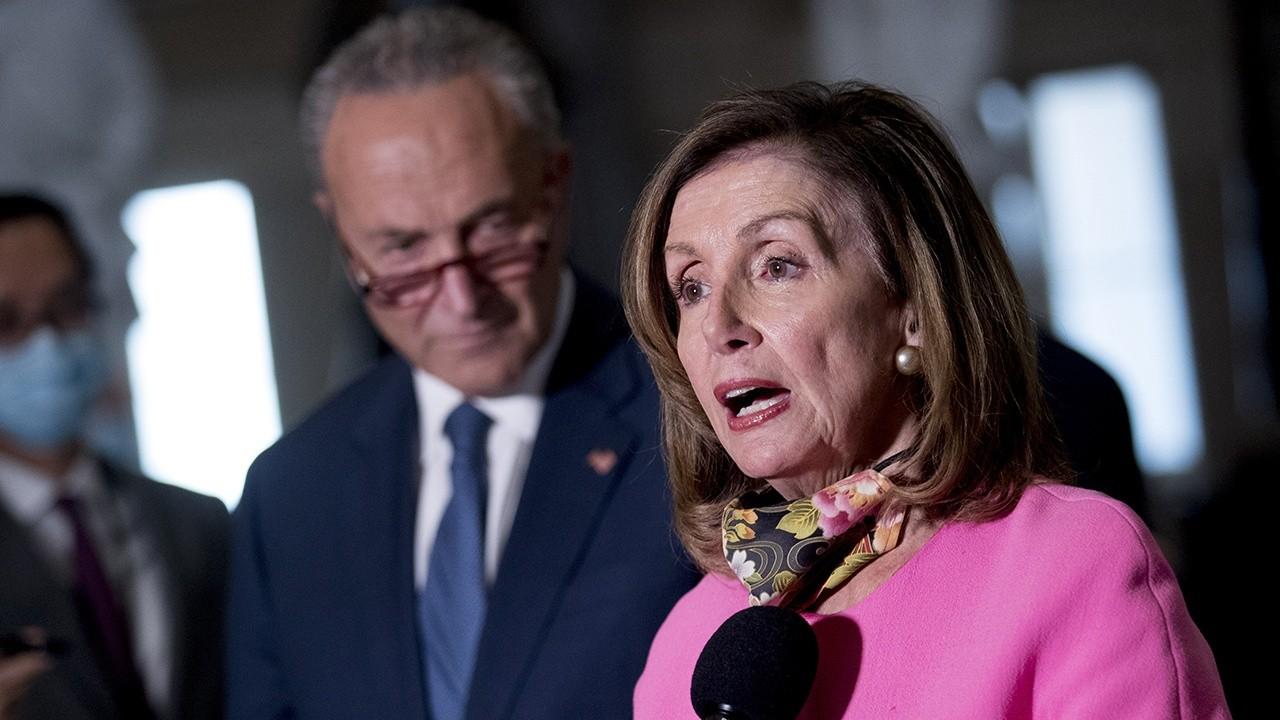 U.S. Treasury Secretary Steven Mnuchin says Democrats Sen. Chuck Schumer, D-N.Y., and Rep. Nancy Pelosi, D-Calif., are unwilling to compromise on some aspects of the coronavirus stimulus package, which caused President Trump to sign his executive orders to get things done in the meantime. He later addresses the payroll tax cuts Trump made, the future of capital gains tax, the economy as the country reopens and the national debt.

President Trump’s payroll tax deferral plan will not damage the Social Security trust fund, Treasury Secretary Steven Mnuchin said, even though it will give businesses and employees a break from paying taxes that fund the popular program.

“We’re going to create a level of certainty for employers that want to participate – we can’t force people to participate but I think many small businesses will do this and pass on the benefits,” Mnuchin told FOX Business on Wednesday. “[Trump will] go back to Congress when he wins the election and ask Congress to have this money forgiven and have the Social Security trust fund fully topped up so that in no way does this impact Social Security.”

Trump has proposed implementing deferrals beginning on Sept.1 through Dec. 31 for employees whose biweekly wages are less than $4,000, on a pre-tax basis.

It is unclear what Mnuchin means when he said Congress would keep the trust fund “topped up,” but experts have warned that reserves could be depleted earlier than expected as a result of the financial effects of the pandemic.

An analysis conducted by researchers at the Penn Wharton Budget Model showed that Social Security is at risk of running out of funds as many as four years earlier than anticipated – in 2032 – depending on the shape of the U.S. economic recovery. Prior to the pandemic, the group had a 2036 estimate for the OASDI trust fund.

A separate analysis estimated that Social Security’s funding may run dry as soon as 2029.

A decline in payroll taxes is expected to be primarily responsible for draining Social Security’s coffers more quickly, given the dramatic rise in unemployment numbers. Unemployment compensation is not subject to payroll taxes. Deferring, and forgiving, payroll taxes may accelerate the timeline.

Low interest rates also affect reserves, as they reduce income on bonds held by the fund.

Lawmakers are aware of how the pandemic may negatively affect the reserves of Social Security and Medicare, two popular programs that are relied upon by 107 million Americans in total.

In the GOP-sponsored HEALS Act, Sen. Mitt Romney introduced a provision that would help evaluate proposals to protect and strengthen the trust funds. A report would need to be delivered to Congress by the Treasury in Jan. 2021, after which “rescue committees” would be set up to create plans to shore up the solvency of the programs.