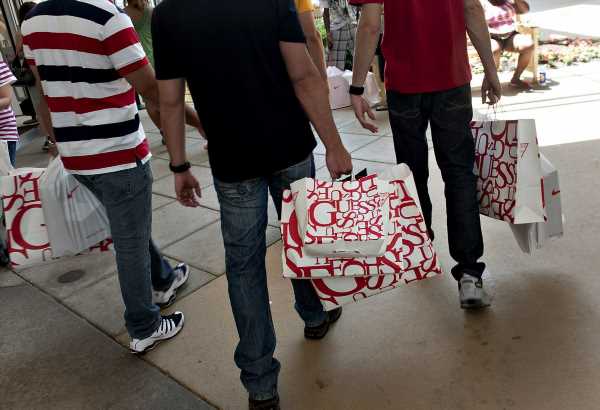 Washington Prime Group Inc., one of the biggest mall owners in the U.S., collected just over 40% of its rent in the second quarter. Chief Executive Officer Lou Conforti’s response: “So what?”

Despite the devastation of brick-and-mortar retail during the Covid-19 pandemic, Washington Prime hasn’t missed a debt payment — something Conforti is quick to point out. Sure, bankruptcies are piling up and big-box stores are closing, but Conforti and his team are still signing leases and, when needed, letting tenants defer rent payments.

“There’s no delusion whatsoever: this is a son of a gun,” he said in a phone interview Wednesday, speaking while scouting land in Tennessee. But, he said, “the idea of looking at it as a moment in time and then extrapolating is absurd.”

That’s exactly what markets are doing, though. Columbus, Ohio-based Washington Prime’s shares trade below $1 and its unsecured debt is changing hands at less than 40 cents on the dollar — a fact that doesn’t surprise Conforti, himself a former trader, considering industry peers are skipping debt payments and casting doubt on their future viability.

Washington Prime — the product of a 2014 spin-off from Simon Property Group Inc. — has ample assets that could be used as collateral if needed, the CEO said, and the company continues to lease space even as its retailers go bankrupt at a record pace. That’s coming in handy now: the real estate investment trust is closing in on an amendment to its $1.3 billion credit line that will waive certain financial covenants, giving the company breathing room.

“Who else got their loan modified in my sector, my subsector?” Conforti said. “And we got it with temporary collateral.”

Conforti has been known to reminisce about the 1980’s mall heydays, with nods to the throwback Netflix show “Stranger Things,” and his own memories.

“Growing up on the left side of Chicago, I recall heading out many a nights sporting the latest from Chess King, feeling as if I could step into a Duran Duran video,” he said in an earnings call about a year ago. “Instead I would hop on the Austin Avenue bus, ride a few miles north of Fullerton Avenue, walk 4 blocks west and find my way to the Brickyard Mall.”

But his nostalgia isn’t preventing Conforti from embracing changing times. Tenant diversity is key, he said, as is finding innovative ways to use the cavernous spaces once occupied by the likes of Sears Holdings Corp. or J.C. Penney Co. It helps to lean into the latest trends — Washington Prime cut a deal in 2016 to host Amazon lockers, and this year held meet-and-greets for famous TikTok personalities at some of its malls before the virus hit.

As for the seemingly never-ending wave of retail bankruptcies? Conforti sees an opportunity to get better tenants. “We needed to purge the over-leveraged private equity-sponsored tenants,” he said. Washington Prime leased 2.2 million square feet in the first half of the year, about a 7% jump over the same period last year.

“Every day I feel like a kid in a candy shop because there is nothing that is outside the box. And we should be beta testing everything,” he said. “We serve our constituencies, and how in god’s name are we serving them when 4 out of 10 stores are junior fashion?”