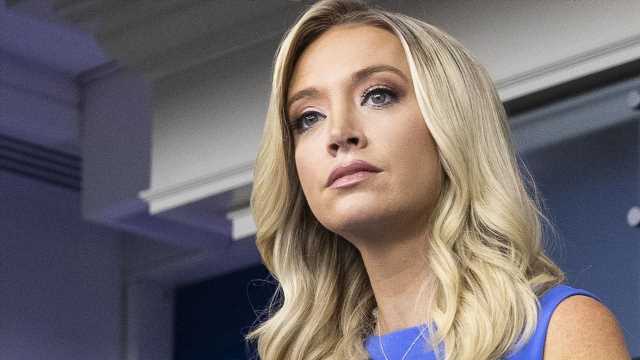 White House press secretary Kayleigh McEnany on Thursday sought to clarify President Trump’s promise to “terminate” the payroll tax if he is reelected, saying instead he meant he wanted “permanent forgiveness” of the temporary payroll tax deferral.

"What he was meaning is he wants permanent forgiveness of the deferral,” the press secretary said Thursday.

The president made the comments a day earlier.

“At the end of the year, on the assumption that I win, I’m going to terminate the payroll tax, which is another thing that some of the great economists would like to see done,” Trump told reporters on Wednesday, reiterating similar comments he made over the weekend.

“We’ll be paying into Social Security through the general fund. And it works out very nicely.” Trump explained the tax cut would spur economic growth, which would contribute to the general fund.

White House economic adviser Larry Kudlow earlier explained the president had meant something much more modest than what his lofty proposal sounded like: he said Trump meant he wanted to make the forgiveness of the tax permanent rather than the cut itself.

"The payroll tax deferral will be forgiven," Kudlow said outside the White House on Thursday. "When he says, 'We'll terminate it,' that's what he is referring to. It will be forgiven."

"The president is saying that he will terminate the deferral on a forgiveness basis – that's what he's saying, just to be clear," Kudlow said. "I can tell you we talked about it later. That's what he is referring to."

The payroll tax is used to fund Social Security and Medicare. Kudlow assured that those programs would be funded through the Treasury Department’s general fund.

While most Americans can expect to see a bigger paycheck during the payroll tax deferral, the tax cut has been unpopular with Democrats and some Republicans who fear the general fund, which has already been depleted as a result of the pandemic, will not be enough to cover these cuts.

"I know many Republicans have sworn an oath never to raise taxes as long as they live," Obama said at the time.

"How can it be the only time there's a catch is when it comes to raising taxes on middle-class families? How can you fight tooth and nail to protect high-end tax breaks for the wealthiest Americans and yet barely lift a finger for taxes going up for 160 million Americans who really need the help? It doesn't make sense," Obama said.