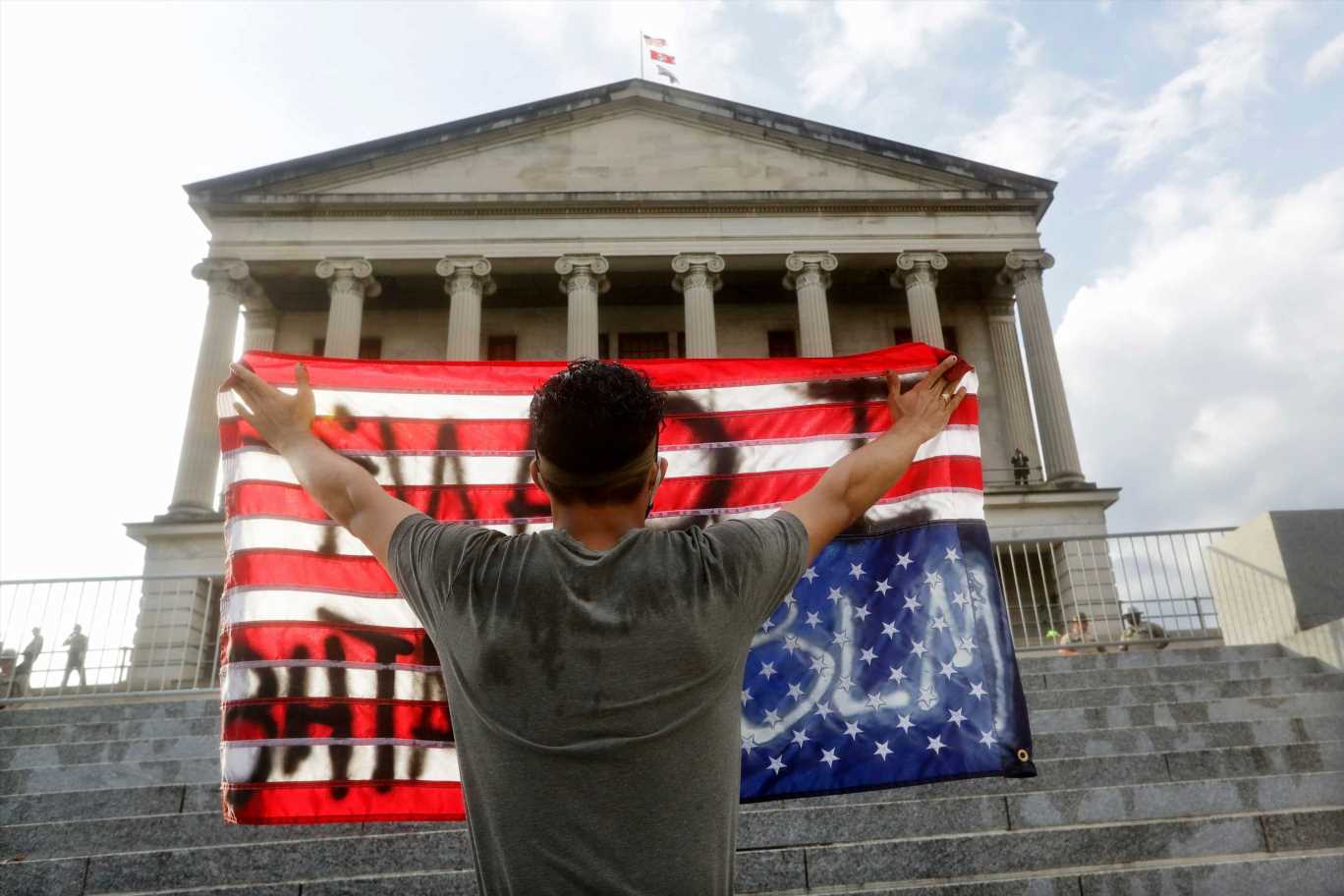 The Tennessee legislature passed a sweeping proposal on Wednesday that would increase penalties against some protesters who have camped outside the statehouse in Nashville for months demanding racial justice and an end to police brutality.

State lawmakers in the majority-white Tennessee General Assembly passed the measure in a nearly party-line vote in both chambers. The bill, which is now headed to Republican Gov. Bill Lee’s desk, would punish those who illegally camp on state property — as protesters have outside the state Capitol for months — with a Class E felony rather than a misdemeanor.

Class E felonies are punishable by up to six years in prison in Tennessee, and such convictions also result in the loss of a person’s voting rights.

“If you want to overthrow our government through violent revolution, you shouldn’t have the right to vote,” state Sen. John Stevens (R) said Wednesday, according to The Associated Press.

The bill would also impose mandatory minimum sentences for rioting. It would also mandate that those arrested for a bevy of charges such as vandalism of public property and other protest-related offenses be held for at least 12 hours without bond.

The Tennessean newspaper notes the measure will cost state and local governments up to $1.3 million annually. Democrats and some Republicans had voiced concern about the harshness of the penalties amid rounds of debate on the measure, but the GOP-led assembly ultimately went forward with the stricter punishments. 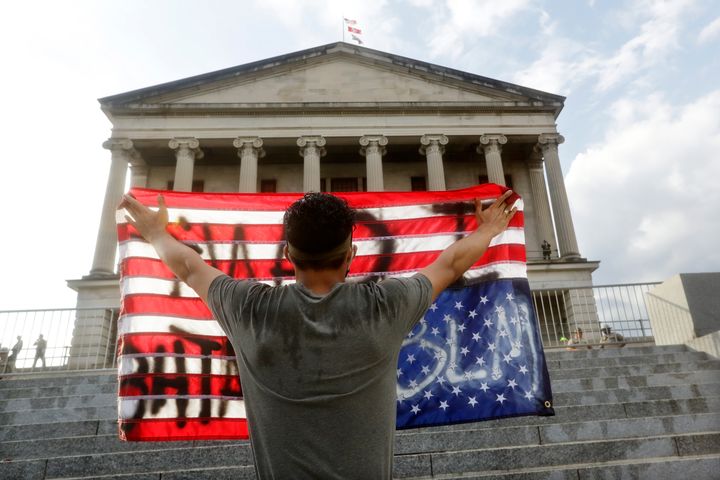 Dozens of protesters have been camped outside the state Capitol for nearly two months, despite many attempts by local police to arrest demonstrators and get them to move on. Residents have called for lawmakers to address systemic racism in the state, as well as asking officials to remove a bust of the Confederate general and early Ku Klux Klan leader Nathan Bedford Forrest, Nashville Public Radio said.

Democratic leaders in the state called the measure a “bridge too far” after it was passed.

“We are using a bazooka to go after a housefly here,” state Senate Minority Leader Jeff Yarbro (D) said during the debate on Wednesday, according to The Tennessean. “Are we really saying that a citizen of this state can be punished with a year in prison and have a felony record because they camped on public property? That should be a bridge too far.”

State Sen. Brenda Gilmore (D) said the legislation, if signed into law, would bring shame on the state, pointing to the recent death of Congressman John Lewis (D-Ga.), a hero of the civil rights and voting rights struggles.

“This bill is one of those things in 55 years we will be ashamed of in how we treated these young protesters and practicing their right to feel,” she said Wednesday.

Republicans on Wednesday said they were “uncomfortable” that some protesters had yelled at them and attempted to block their vehicles this week, The Tennessean reported. Protest leaders had sought a meeting with the governor but had so far been rebuffed.

“The thing is, what I wish I could convey to people is that it’s really hard to be sympathetic to what someone is saying when they are yelling at you, when they’re trying to shame you, when they’re calling you names and so forth,” state Sen. Kerry Roberts (R) said Wednesday, noting he was heckled by protesters as he walked down the sidewalk.