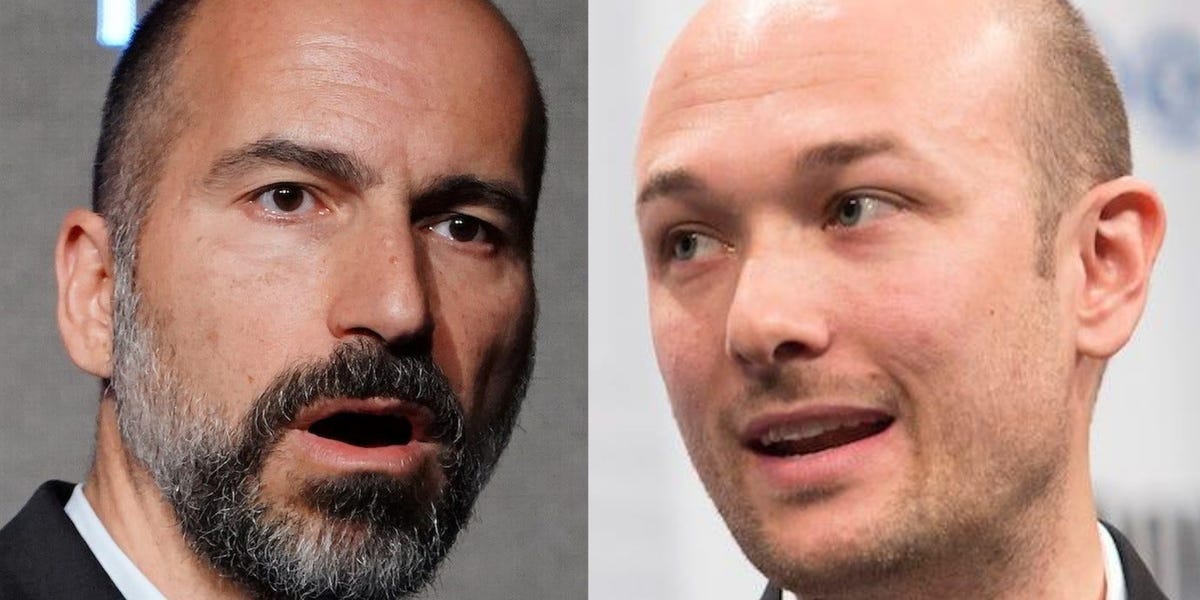 Uber and Lyft have justified years of expensive research into autonomous vehicles with a simple thesis: The ability to take the human driver out of the front seat could be a huge boon to their bottom lines. But whenever self-driving tech is capable of taking the wheel, it could just as easily create a fresh problem for the ride-hail stalwarts, by opening the door to well-funded competitors.

Though the introduction of autonomous vehicles will initially have financial benefits for Uber and Lyft, the technology could whittle away their competitive advantages in the long run, Gene Munster, a managing partner at Loup Ventures who writes research notes about Uber and Lyft, said in an interview with Business Insider.

Major tech and automotive companies like Alphabet, Amazon, and Tesla are developing automated-driving systems they plan to integrate into robotaxi services, among other applications. So far, only Alphabet, through its Waymo subsidiary, and Aptiv, through a partnership with Lyft, are offering rides in self-driving cars to paying customers in the US. Both operate within the confines of a single metropolitan area. Other companies will likely follow a similar route, introducing their robotaxi offerings on a small scale and gradually expanding them from city to city.

During those early stages, the size of Uber and Lyft's ride-hailing networks will give them an advantage, Munster said. As the ride-hailing companies gradually bring autonomous vehicles onto their own networks, their profit margins will rise. But once competitors have enough self-driving cars on the road to offer wait times that match those of Uber and Lyft, that advantage will start to fade, Munster said.

At that point, "all that Uber and Lyft are left with is their brand," he said. The strength of those brands whose will be challenged by household names like Amazon and Tesla, he wrote in a June research note.

"We are confident in our position in the self-driving market and in what our rideshare expertise gives us," a Lyft representative said. The dispatching tech that matches riders with drivers and sets prices is cost- and labor-intensive to create and hone, he said. Plus, Lyft bets that riders won't be eager to constantly flip between various competitor apps. "The bottom line is that people want to use one app for all their transportation needs, whether that's bikes and scooters, transit, rideshare, car rentals, or AVs, so being multimodal is a true differentiator."

Uber did not respond to a request for comment.

Uber and Lyft likely have at least five to 10 years before their new competitors become a serious threat, Munster said. But when that moment arrives, their hold on the ride-hailing market could begin to slip.

"The early years of autonomy will bode well for their bottom line growth," Munster wrote in June. "The long-term, however, will likely prove to be more challenging."

Are you a current or former employee of Uber or Lyft? Do you have an opinion about what it's like to work there? Contact this reporter at mmatousek@businessinsider.com, on Signal at 646-768-4712, or via his encrypted email address mmatousek@protonmail.com.