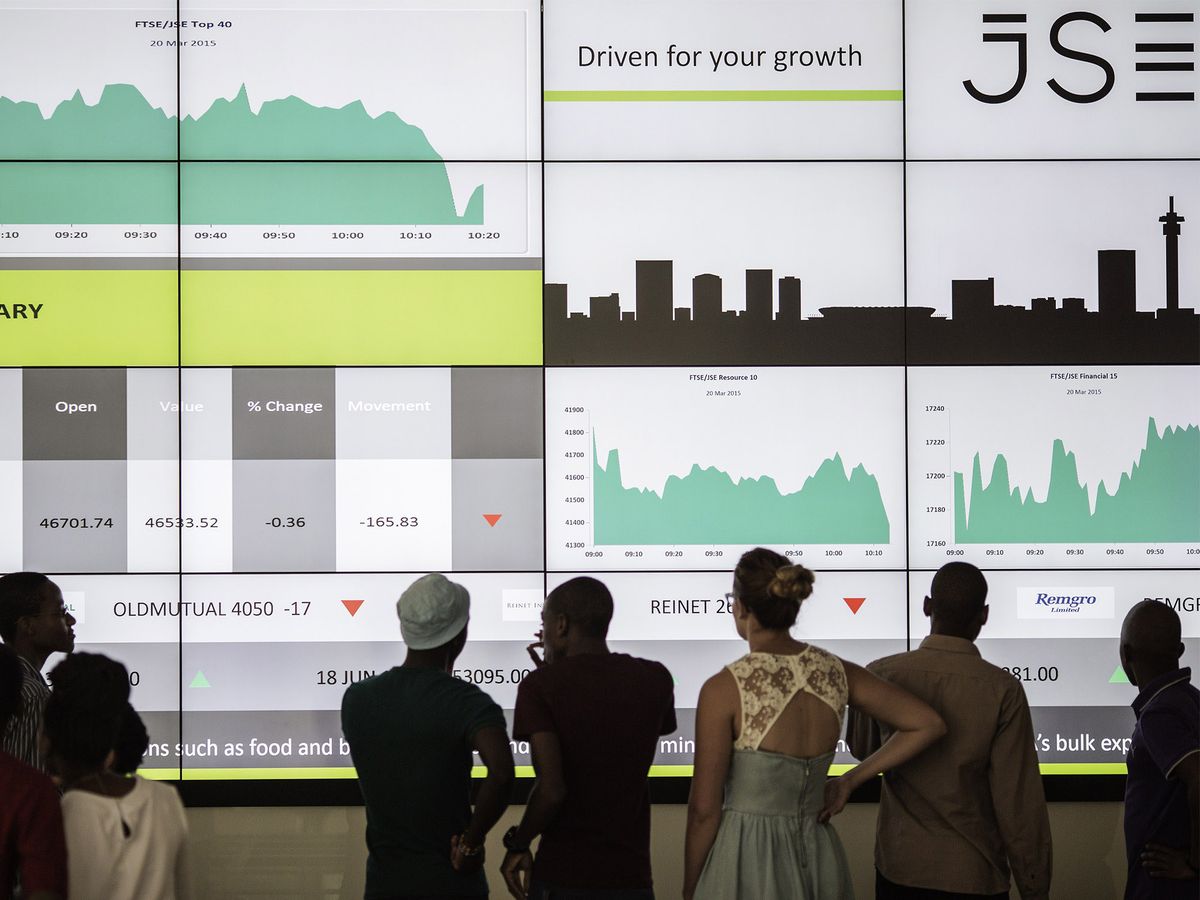 South Africa’s main stock index was 0.2% higher as of 9:32 a.m. in Johannesburg, boosted by shares in some companies that are set to benefit from an easing in the country’s Covid-19 lockdown.

President Cyril Ramaphosa, in a weekend address, announced that starting Tuesday restaurants and bars will be allowed to serve alcoholic beverages while retailers will be allowed such sales from Mondays to Thursdays.

British American Tobacco Plc gained 0.5%. “Since the imposition of the sales ban, the whole market has shifted into illicit trade and there has been a price hike of 300%,” Morgan Stanley analysts said in a note. “We see the higher illicit prices as an opportunity for BAT to increase its brand subscribers.”

Mining giants Anglo American Plc (+0.7%) and BHP Group Plc (+0.5%) were among the strongest contributors to the benchmark index amid hopes for economic stimulus in China.

Sasol tumbled as much as 9.6% after reporting an annual loss.

Foreigners were net sellers of South African equities for a fifth consecutive day on Friday, disposing of 656 million rand of shares, according to exchange operator JSE Ltd.

— With assistance by Lisa Pham