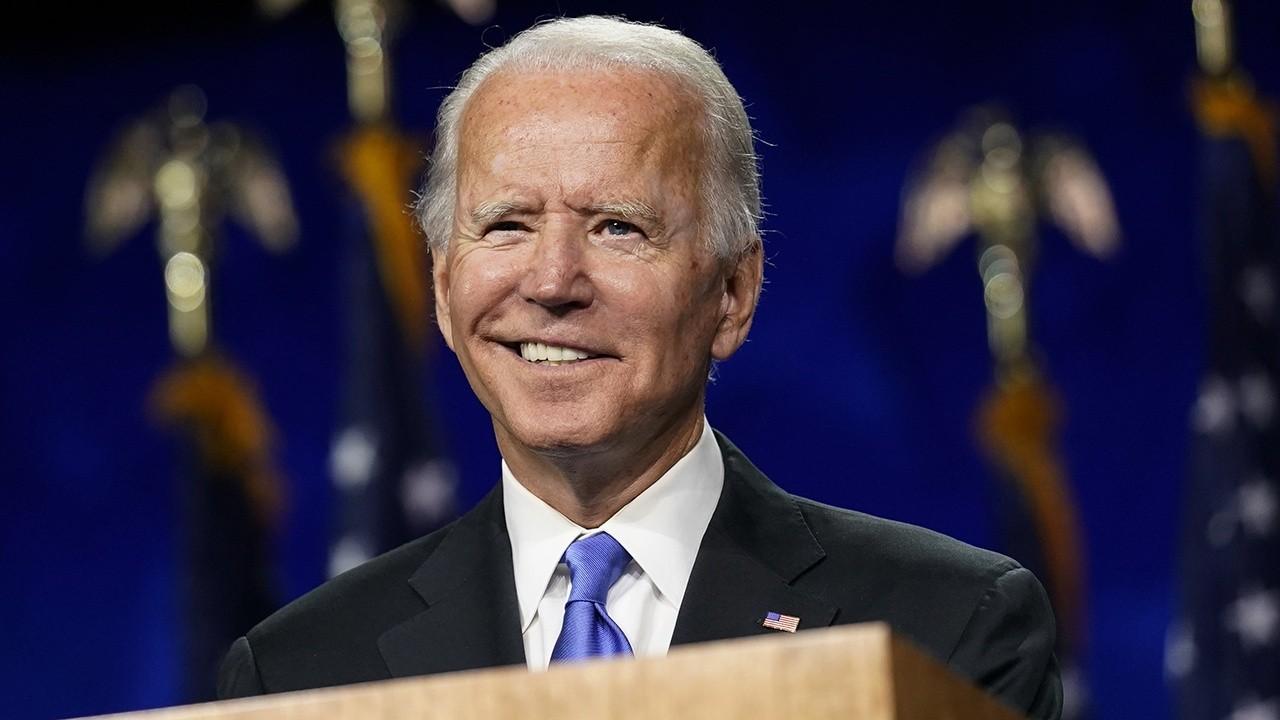 If you loved Bill Clinton̵7;s economy, you’ll like what Biden is offering: Democratic strategist

Former Vice President Joe Biden officially clinched the Democratic nomination this week during the party’s glorified Zoom call. But after the pomp and circumstance wears off, Americans are left wondering how a Biden presidency would impact them.

For starters, they can expect thinner wallets and anemic economic growth as more tax liabilities are shoveled onto individuals and small businesses.

Biden’s official address to the convention Thursday evening should have included the line: Read my lips, all new taxes.

But what new taxes can we expect if Biden is voted into the White House?

The number one priority on Biden’s fiscal to-do list is to walk back key provisions of the 2017 Tax Cuts and Job Act, which lowered tax rates for individuals and small businesses—helping to ignite the strongest economy in half a century.

Among the changes, Biden supports increasing the top income tax rate by seven percent—which is commonly applied to pass-through small businesses—and raising the corporate tax rate by a third.

The changes will spark a major fallout among the business community. Small business entrepreneurs—who are responsible for two-thirds of all new job creation and employ 60 million Americans—would be forced to shell out more money to Uncle Sam, which would otherwise be set aside for payroll costs, overhead expenses and investment.

When taking into account state and local taxes, some small businesses could be paying up-to a 50 percent marginal tax rate.

The financial blow will be even more devastating as many remain on life support following the economic onslaught of the coronavirus pandemic.

Meanwhile, companies that have flocked back to the U.S. to build factories and help restore America’s manufacturing sector will once again be gutted by corporate tax rates that are among the highest of our economic competitors—notably China.

Other new taxes include a jump in capital gains tax rates, a lower limit on assets parents can leave to their children without being hit with the death tax and inflated Social Security payroll taxes for some individuals and businesses.

According to the Tax Foundation, together, these changes would amount to $3.8 trillion in new taxes paid to the government over the next decade.

Democrats argue the revenue is needed to pay for new government initiatives. But even Biden’s tax collection scheme won’t cover the bill.

Biden’s public option health care proposal, for example—or as I call it, a pit-stop on the way to an even more expensive "Medicare-for-all" framework—would cost taxpayers $750 billion over the next decade. And his plan to tackle climate change has a $2 trillion price tag over the next four years.

Although she has since publicly walked back her stance, Harris previously supported Sen. Bernie Sanders’ $32 trillion "Medicare-for-all" legislation in Congress and has endorsed the Green New Deal, which has an estimated cost of $93 trillion.

While Biden promises to shake down taxpayers for even more money, President Trump has pledged to do just the opposite.

Permanently cutting payroll taxes and slashing capital gains taxes are among his plans if elected to a second term.

Allowing working Americans to keep more of their own paycheck and curbing the double taxation ploy applied to money earned in the stock market is just what the doctor ordered to help shore-up the American economy and recover from pandemic lockdowns.

The fiscal policy differences between Trump and Biden couldn’t be more stark. Your wallet and the survival of America’s job creators are on the ballot this November.

Alfredo Ortiz is the President and CEO of the Job Creators Network, which is spearheading the 10for20.com get-out-the-vote campaign.