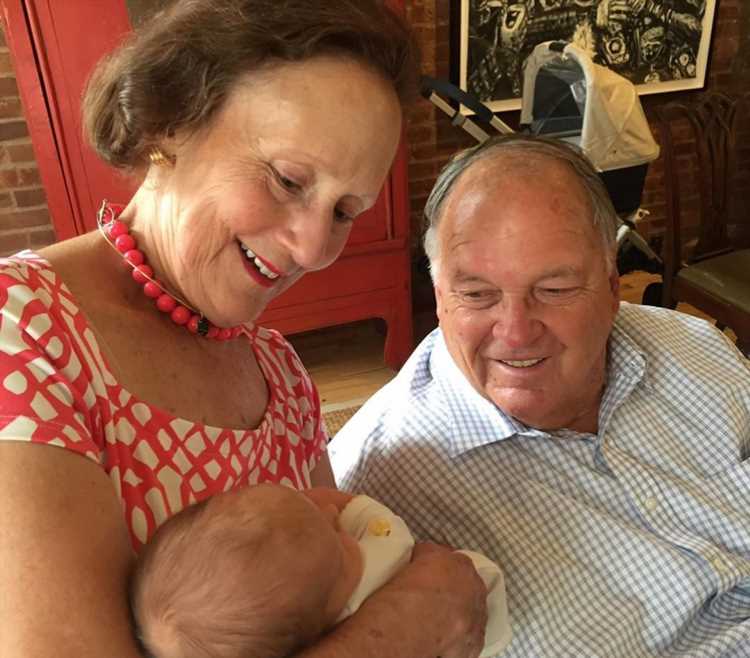 Jenna Bush Hager is mourning the death of her father-in-law and former Virginia lieutenant governor, John Hager, who died Sunday at the age of 83.

Posting to Instagram early on Monday morning, the Today host, 38, shared a series of sweet shots of John with her children, writing, "We lost my father-in-law, John Hager, Sunday morning."

"He was a giant of a man — although, I never saw him stand. He lived with polio — paralyzed from the waist down — in a wheel chair, for forty five years," she continued. "Despite it all he lived life to the fullest — and was compassionate, curious and kind. And boy, will we miss him but as Poppy said: he is in a better place — 'in heaven, out of his wheel-chair and running.' "

News of John's death was met with an array of support from Bush's followers, with many sending her their condolences in the comment section of the post. "I’m so sorry to hear about your loss. Our deepest condolences to you and your family," one user wrote as another added, "May his memory be for a blessing F64F;🏻."

A cause of death has not yet been revealed.

John is the father of Jenna's husband Henry, who she shares three children with – Margaret, 7, Poppy Louise, 5, and Henry Harold, 1.

According to the Richmond Times-Dispatch, John, a former tobacco executive, was lieutenant governor of Virginia from 1998 to 2002. In 2001, he ran for Governor of Virginia but lost the Republican nomination to the state's then-Attorney General, Mark Earley, who was later beat in the general election by Democrat Mark Warner.

John went on to become the top state security assistant to Warner after the Sept. 11 attacks, before he then served as an assistant secretary in the U.S. Department of Education under then-President George W. Bush from 2004 to 2007.

Then in 2007, John was elected to serve as chairman of the Republican Party of Virginia. He was later defeated for reelection by Delegate Jeff Frederick in May 2008.

Over the years, Jenna has sought to bring awareness to polio after seeing her father-in-law live with the effects of the disease for many years.

Back in 2016, she coordinated with UNICEF and Rotary International for a PSA which aimed to eradicate the paralysis-causing disease.

"It’s strong, and like so many that face obstacles in their daily life, he’s overcome it in many ways," Jenna previously told PEOPLE about the disease and her father-in-law. "But at the same time, I’ve seen firsthand the devastating effects it has not only on the person but their families. And I just don’t want any child to face what he’s faced."

Polio is caused by the poliovirus and has been eradicated in the United States since 1979 thanks to a vaccine, but is still a threat in other countries, according to the CDC.

In the late 1940s, polio outbreaks in the U.S. disabled an average of more than 35,000 people each year. Following the introduction of vaccines, the number of polio cases fell rapidly to less than 100 in the 1960s and fewer than 10 in the 1970s, the CDC adds.

Up to 90 percent of people infected with polio have no or very mild symptoms that easily go unrecognized, according to the World Health Organization. There is no cure for polio, just treatment to alleviate the symptoms, but it can be prevented through immunization with the vaccine.