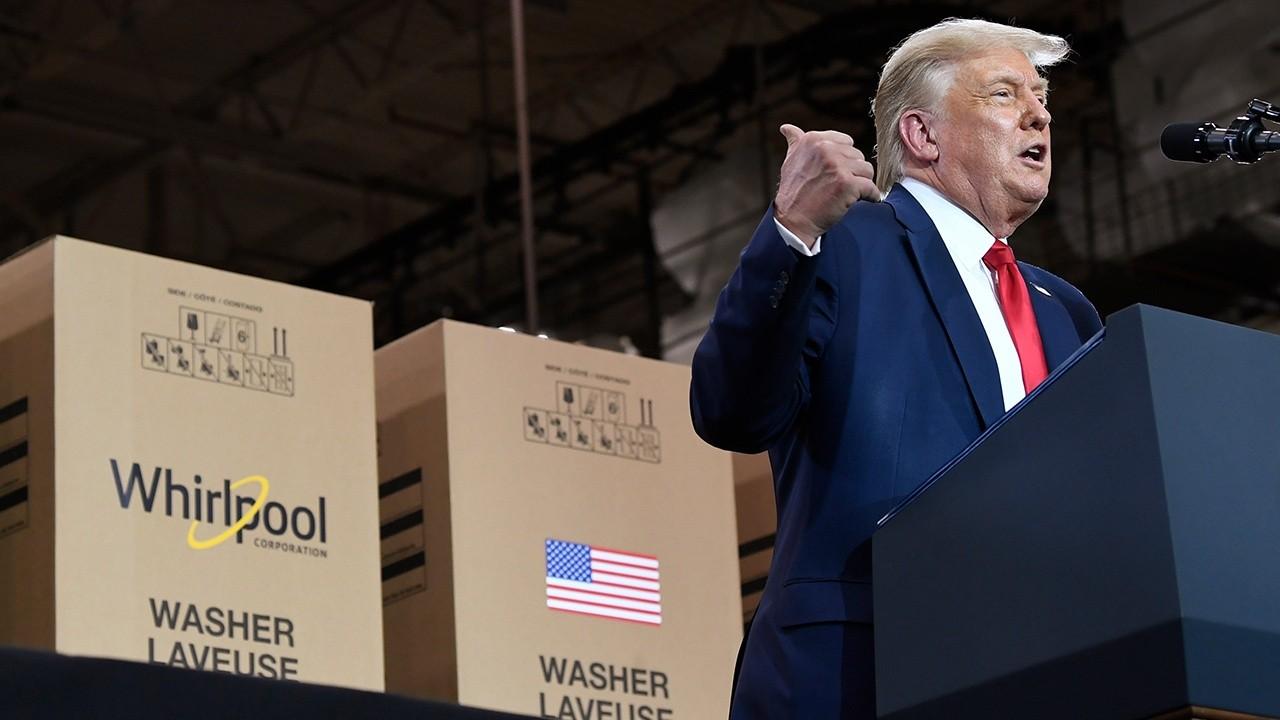 The Social Security trust fund could be depleted by 2023 if President Trump were to permanently eliminate the payroll tax and not offer a replacement revenue source, the chief actuary of the Social Security Administration said Monday.

In a letter to four Senate Democrats who requested an analysis of what would happen if the payroll tax is terminated without a new funding stream for Social Security, Stephen Goss, the chief actuary, estimated the federal government's ability to pay the retirement benefits could stop by mid-2023.

“If this hypothetical legislation were enacted, with no alternative source of revenue to replace the elimination of payroll taxes on earned income paid on January 1, 2021 and thereafter, we estimate that [Disability Insurance] DI Trust Fund asset reserves would become permanently depleted in about the middle of calendar year 2021, with no ability to pay DI benefits thereafter," Goss wrote in the letter addressed to Sens. Chris Van Hollen, D-Md.; Bernie Sanders, I-Vt.; Ron Wyden, D-Ore.; and Chuck Schumer, D-N.Y.

Since Trump signed an executive action on Aug. 8 ordering Treasury Secretary Steven Mnuchin to postpone the collection of payroll taxes from Sept. 1 through Dec. 31 for individuals earning less than $104,000, he's indicated that he wants to pursue a sweeping elimination of the tax next year.

“On the assumption I win, we are going to be terminating the payroll tax after the beginning of the new year,” Trump said during a White House press briefing two weeks ago.

But a high-level White House official told Fox News there have been no discussions about abolishing the tax, which is used to fund Social Security. Instead, the official said the administration is pursuing a plan to forgive the taxes that got deferred this year as a result of the executive measure.

Those taxes show up on your paystub as FICA, which stands for the Federal Insurance Contributions Act.

If the tax is eliminated permanently, the White House official said there will be no way to fund Social Security — something that Democrats have been quick to criticize.

“While employers are unlikely to risk a massive tax liability by not collecting payroll taxes or having to double up collection later, if they do go along with this stunt, it would drain the Social Security trust fund," Wyden, the ranking Democrat on the Senate Finance Committee, said in a statement.

Trump has pledged to forgive those taxes, but without legislation, the payments will still be required by the delayed due date.