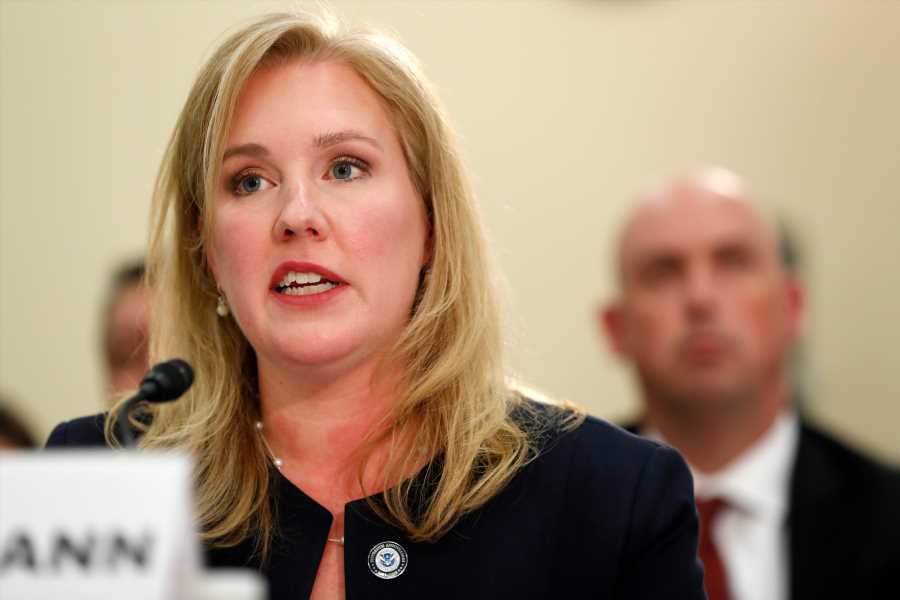 Elizabeth Neumann voted for Donald Trump in 2016, and she recently served as Assistant Secretary for Threat Prevention and Security Policy at the Department of Homeland Security. Neumann is now speaking out against Trump as a “racist” and a danger to America. In a new video, she implicates Trump’s rhetoric in the rise of white nationalist terrorism. Separately, Neumann blasts Trump for blocking implementation of plans that could have blunted the impact of the coronavirus pandemic in America in January, “because he didn’t want the economy to tank and he didn’t want a distraction from his campaign.”

The video, the latest in a series of administration figures speaking out against the president, was posted Wednesday by Republican Voters Against Trump, founded by  neoconservative and Trump antagonist Bill Kristol. Neumann describes herself as a devout Christian who decided to back Trump in 2016 because of “the pro-life issue.” But she now says that Trump has “absolutely failed” and views him as a danger to American lives: “We are less safe today because of his leadership. We will continue to be less safe as long as he is in control,” she says, adding: “I’ll be voting for Joe Biden.”

Hi, I’m Elizabeth Neumann. I am first and foremost a follower of Jesus Christ. I’m a wife and a proud mom. I voted for Trump in 2016 primarily because of the pro-life issue. I served in the Trump administration at the Department of Homeland Security and became the assistant secretary for counterterrorism and threat prevention.

In my role as assistant secretary for counterterrorism, we looked at emerging threats — including the growing threat from domestic terrorists. And over the period of 2017 to 2018, we started to see the rise of the white-supremacist agenda. I, and my leadership at the Department of Homeland Security, were very clear that we found the ideology behind white nationalism, white supremacy, to be a growing threat.

A very common refrain that I was asked was, “Does the president’s rhetoric make your job harder?” And the answer is yes. The president’s actions and his language are, in fact, racist. Things like, “There are good people on both sides,” or “send them back from where they came from,” those words gave permission to white supremacists to think that what they were doing was permissible. And I do think that the president’s divisive language is indirectly tied to some of the attacks that we have seen in the last two years.

The reason government is supposed to exist is to plan and prepare for external threats like we’re seeing today with Covid. There were plans put in place for a pandemic for 15 years. When we started to see that a pandemic was on its way to our shores in January, any number of experts told me we need to be executing on these plans. But from January until March 11th, what you saw instead was a number of good public servants attempting to do their job and the president telling them to stop, because he didn’t want the economy to tank and he didn’t want a distraction from his campaign.

I do not think that we can afford four more years of President Trump. We are less safe today because of his leadership. We will continue to be less safe as long as he is in control. And this year, I’ll be voting for Joe Biden.