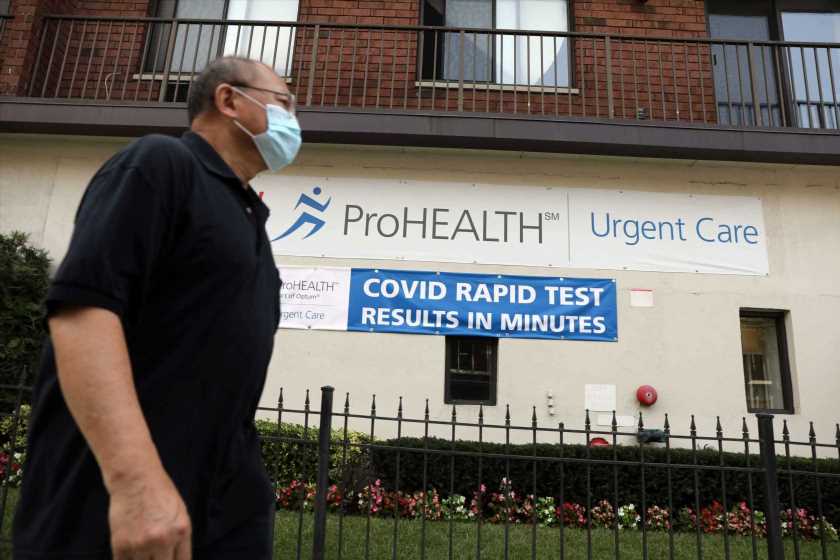 President Donald Trump plans to announce Thursday the purchase of 150 million rapid Covid-19 tests as part of a $750 million agreement with Abbott Laboratories, a White House official confirmed to CNBC.

Trump plans to use his speech at the Republican National Convention to announce the deal, the official said.

"Under President Trump's leadership, the U.S. is leading the world in testing," White House communications director Alyssa Farah said in a statement to CNBC. "This is a major development that will help our country to remain open, get Americans back to work, and kids back to school. The Trump Administration is proud to partner with Abbott labs to make this purchase possible to help the American people."

The Food and Drug Administration granted emergency use approval late Wednesday to Abbott for its new coronavirus antigen test, which is the first Covid-19 test that it says costs about $5 and delivers results in minutes on a testing card without lab equipment, similar to a pregnancy test.

Shares of Abbott jumped by more than 9% in intraday trading Thursday.

Abbott said in a statement after it received FDA authorization that it will "ship tens of millions of tests in September, ramping production to 50 million tests a month in October."

The test, called BinaxNOW, is an antigen test, which are somewhat more likely to incorrectly diagnose someone as negative when they are in fact infected with Covid-19 than molecular tests. While molecular tests are the most accurate on the market, they depend on technical lab equipment, trained personnel and a strained supply chain, which makes scaling up molecular tests to a massive scale difficult.

"Due to the potential for decreased sensitivity compared to molecular assays, negative results from an antigen test may need to be confirmed with a molecular test prior to making treatment decisions," the FDA said in its authorization of the BinaxNOW test. "Negative results from an antigen test should be considered in the context of clinical observations, patient history and epidemiological information."

The test is currently only authorized for use in patients suspected to have Covid-19 and "within seven days of symptom onset," the FDA says, meaning it is not authorized to test asymptomatic or presymptomatic people.

"This test could be used at point-of-care settings, like a doctor's office, emergency room or some schools," the FDA says. "Given the simple nature of this test, it is likely that these tests could be made broadly available."

This is breaking news. Check back here for updates.