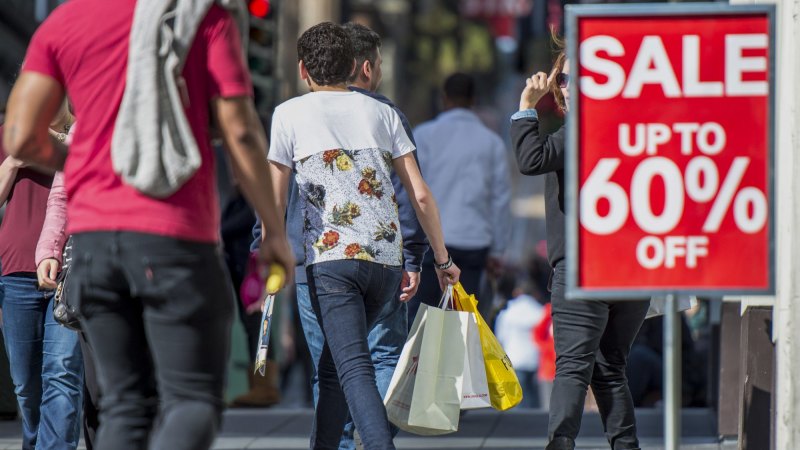 The US economy's economic engine may be running out of fuel.

Consumer spending accounts for about 70 per cent of the US gross domestic product, making it the single most important factor in recovering from one of the worst recessions on record. 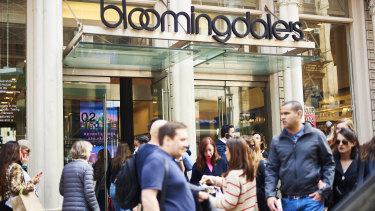 Consumer spending is key to how fast the US economy bounces back. Credit:Bloomberg

Spending plunged an unprecedented 12.9 per cent in April, as stores and restaurants across the country closed and consumers sheltered at home.

The federal government's $US2.2 trillion ($3 trillion) aid package, including $US1200 direct payments to households and an additional $US600 in weekly unemployment benefits, spurred the start of a spending rebound in May. But as autumn approached with no sign of an end to the pandemic and further aid tied up in Congress, consumers appeared to be retreating once more.

Analysts and economists are concerned that consumers will fall back and hunker down once again without any additional money from the government. The last round of direct aid and extra unemployment funds helped many people continue to pay the rent and buy essentials. The direct payments also helped many who didn't need them pump more money into the economy, boosting a wide range of businesses from clothing retailers to home improvement and auto parts retailers.

While many on Wall Street expect some kind of aid package after Congress reconvenes in September, the size and breadth could spell the difference between a slow and steady climb or a stalled recovery.

“It remains to be seen whether we will see that recovery continue now that these supplemental payments have stopped,” said Brad McMillan, chief investment officer for Commonwealth Financial Network.

The initial shock from the virus-induced shutdowns and job losses sapped consumer confidence in April, according to the Consumer Confidence Index, which is maintained by the business group The Conference Board. The unknown extent and impact of the virus prompted people to cut back on much of their discretionary spending and refocus on essentials as they hunkered down at home.

But a surge of confidence in June gave economists hope that consumers were starting to feel better about spending. Those hopes were tempered when confidence fizzled again in August.

Meanwhile the spending boosts seen in May and June raised similar hopes for a sharp recovery. But a levelling out in July signalled that the road to recovery might more difficult than anticipated, especially without more government aid. And without a vaccine to alleviate the virus' threat, the shaky recovery could go into reverse.

Part of that shaky recovery can be seen in the sustained job losses. Weekly unemployment insurance claims have been hovering around 1 million applicants since late July. Service-oriented industries, such as restaurants and bars, remain some of the hardest hit by the pandemic as lower capacity requirements and low turnout continue to hamper a return to full-employment. Overall, 27 million Americans are receiving unemployment aid, and the unemployment rate of 10.2 per cent exceeds the highest rate during the 2008-2009 Great Recession.

“It puts a spotlight on the heavy lifting the economy is going to need to get people back in the jobs market,” said Marvin Loh, senior global macro strategist at State Street.