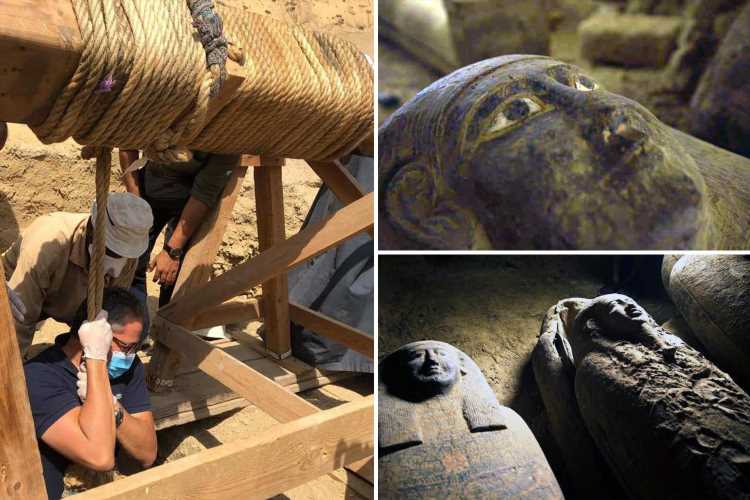 ANCIENT Egyptian coffins sealed for thousands of years have been found down a burial shaft.

At least 13 sealed wooden coffins have been discovered at the ancient desert necropolis of Saqqara in Egypt. 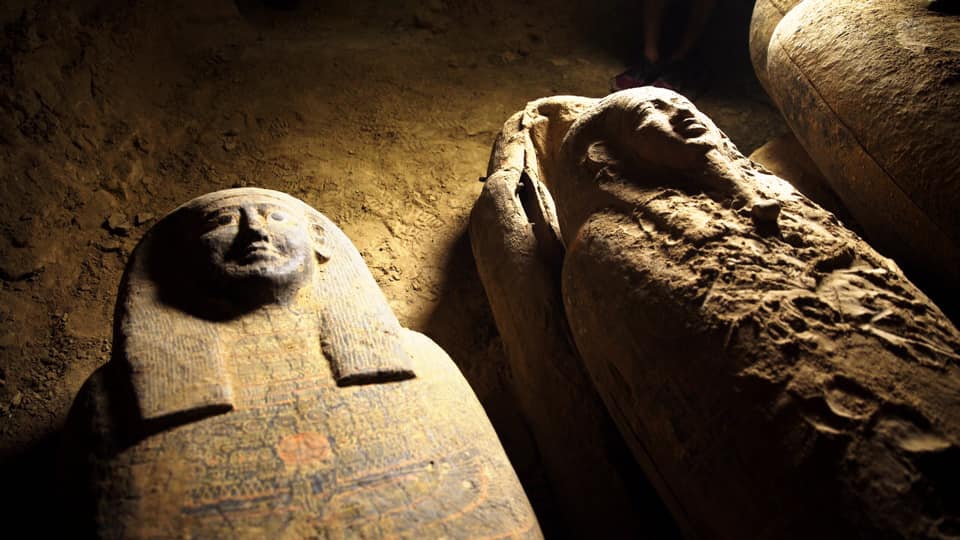 These coffins are particularly exciting because their insides have remained untouched.

Unlike thousands of other coffins found at Saqqara.

According to Egypt's Ministry of Tourism and Antiquities, the coffins were found in a burial shaft 11 metres (36 feet) below the ground.

The decorated wooden boxes were stacked on top of one another. 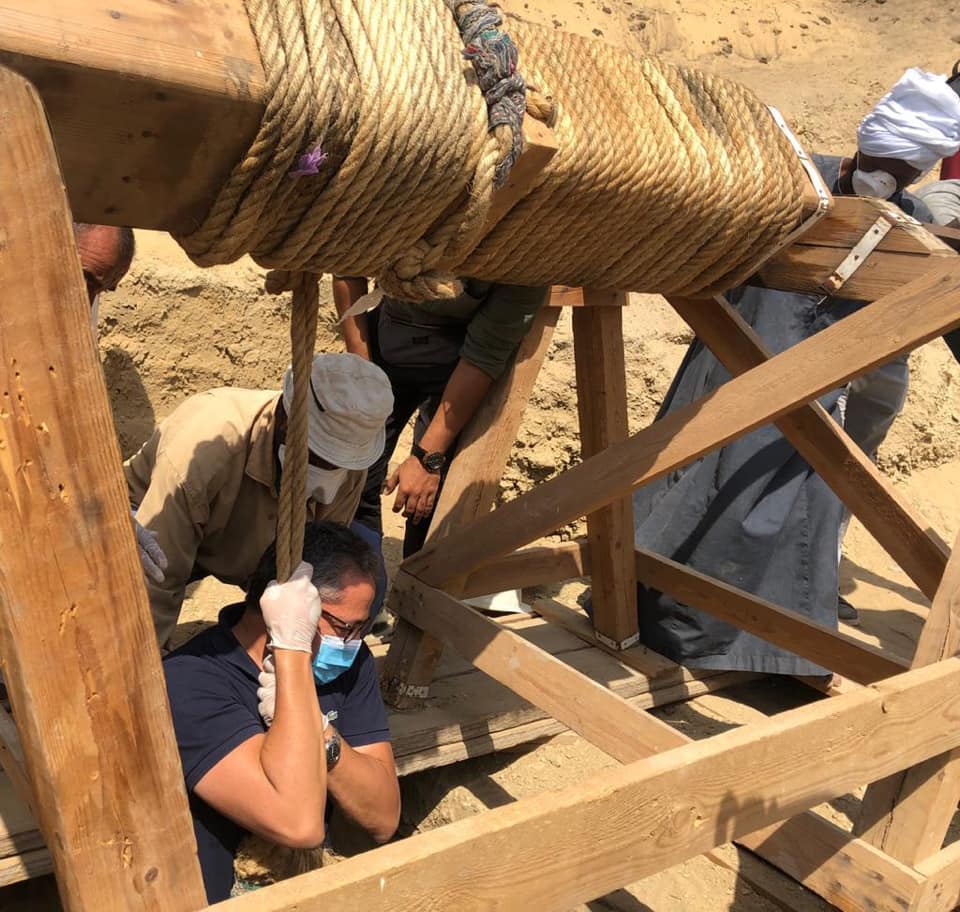 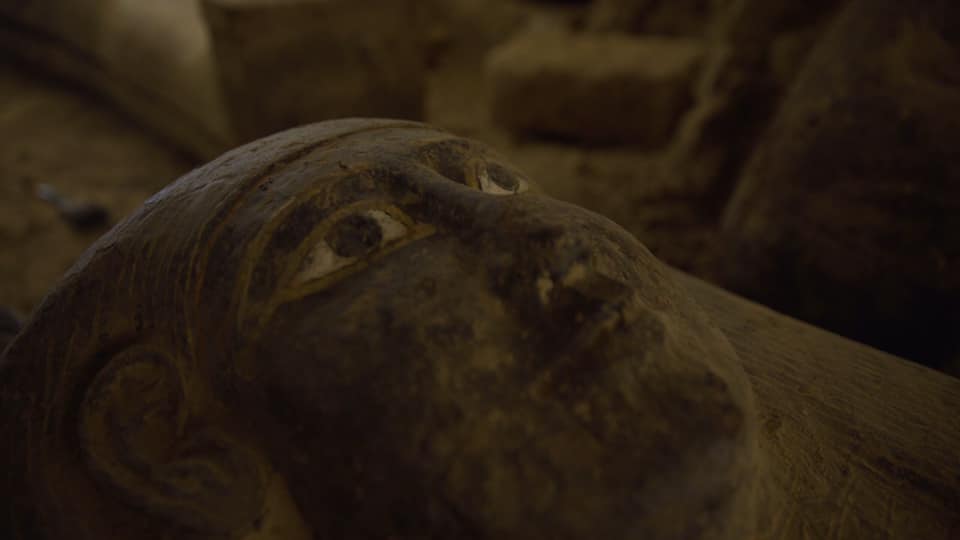 Some of the coffins are so well preserved that you can still see coloured paint on them.

Archaeologists think there could be more coffins in the shaft, waiting to be found.

As with any new Ancient Egyptian burial discovery, there's always some talk of the 'curse of the pharaohs'.

Some people believe that the curse will affect anyone who disturbs mummified remains of an Ancient Egyptian person.

This supposed curse is not said to differentiate between archaeologists and thieves and is said to cause bad luck, illness or even death.

It is often connected to King Tutankhamun and the people who died after opening his tomb. 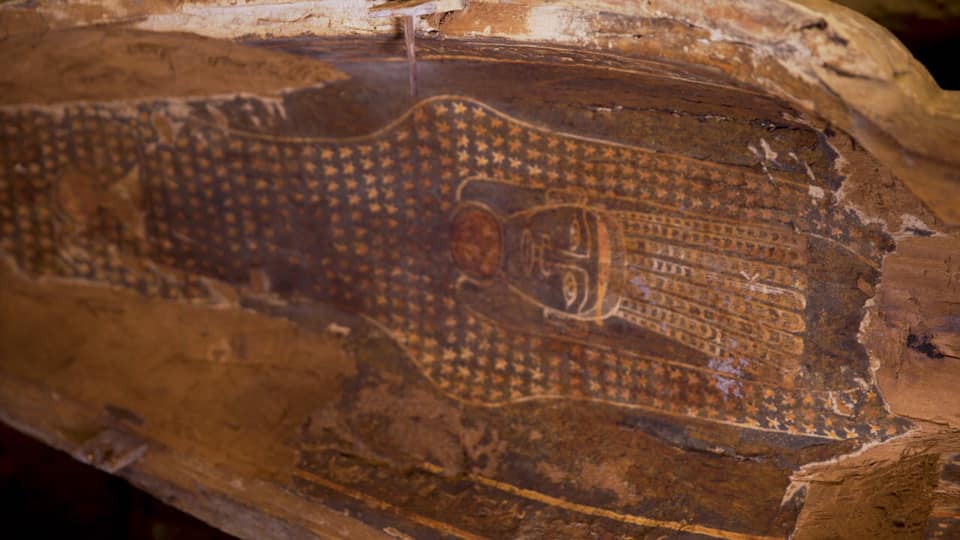 Saqqara is thought to have been the location of the main burial ground for Egypt's ancient capital city Memphis.

Ancient Egyptians buried their dead there for 3,000 years.

Lots of elaborate tombs for elite Egyptians have been found at the site but more recent excavations have found simpler burials, likely for middle or working class people.

Somehow the coffins that were recently discovered have remained untouched by grave robbers and well preserved.

Their underground dry location would have helped with this.

It also means the likelihood of there being any strange liquid inside the coffins is low. 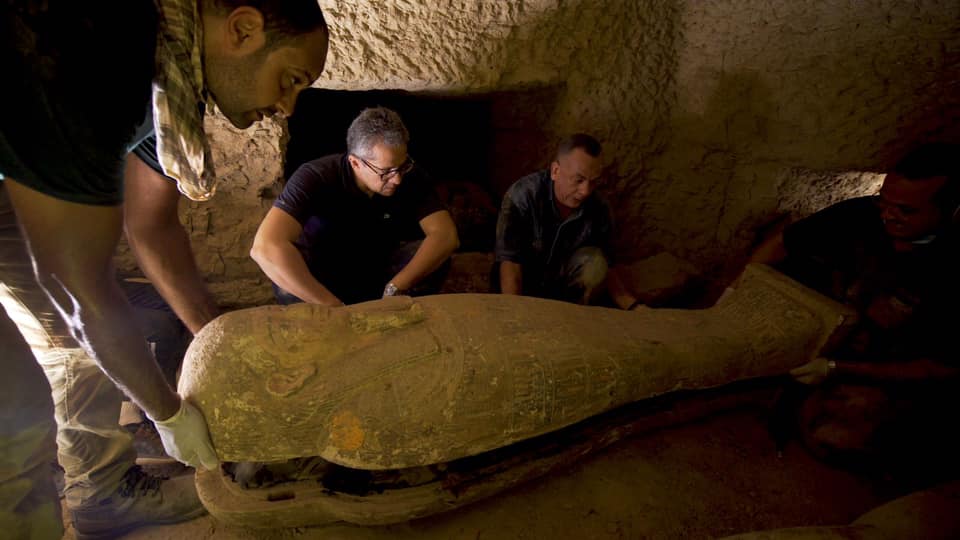 Archaeologists are hoping that grave goods inside the coffins and further analysis of any inscriptions will teach us about the people they belong to.

Hopefully they will further our understanding of burials for the Ancient Egyptians who weren't elite.

The Ministry plan to release a video about the discovery.

It recently tweeted a teaser video.

A brief history of Ancient Egypt

Here’s everything you need to know…

In other archaeology news, 200 mammoth skeletons have been unearthed by archaeologists in Mexico.

The T-rex may have weighed half of previous estimates.

And, an interactive map can show you where your home was on Earth 750 million years ago.

What do you make of this Ancient Egyptian discovery? Let us know in the comments…