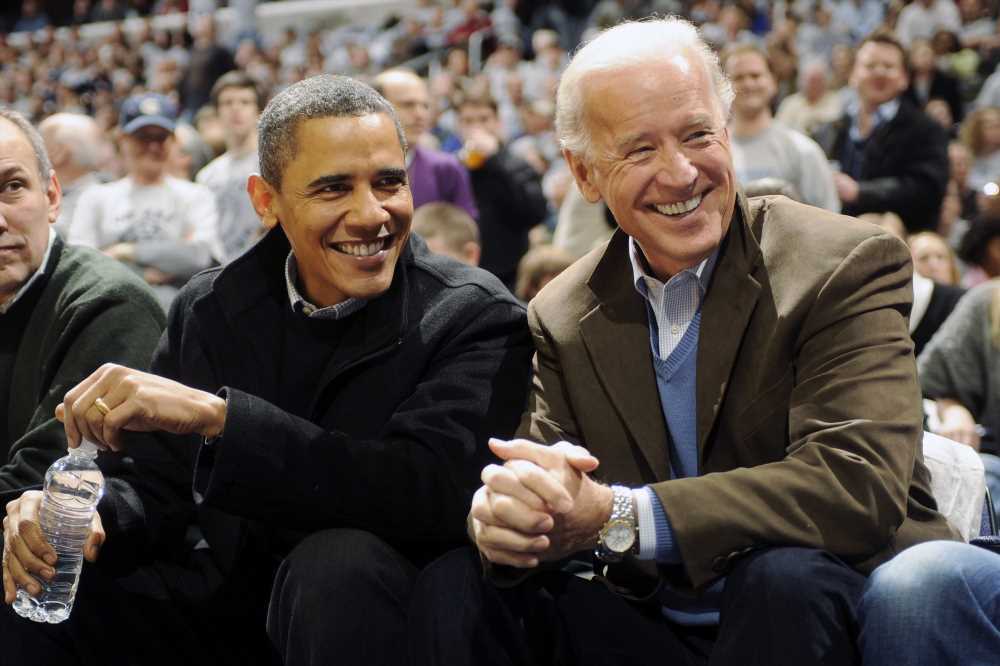 Joe Biden’s penchant for wearing aviator glasses boils down to one thing: He looks good in them and he knows it.

That’s according to former President Barack Obama who, in a campaign conversation posted to Twitter on Tuesday, spoke with Biden's running mate, California Sen. Kamala Harris, about lessons from the trail and some of the habits of the former vice president.

“Ice cream is big,” Obama said. “Pasta with red sauce — he can go deep on that. He really does like those aviator glasses. He knows he looks good in them.”

Obama also praised his former No. 2's commitment (and, yes, that usually means, Biden would be "talking to every single person" at an event).

Biden’s love for the classic Ray-Ban style is well-documented, having launched countless memes and playing a key role in a skit starring him and Veep's Julia Louis-Dreyfus, recorded for the 2014 White House Correspondents’ Dinner.

In addition to discussing her running mate’s penchant for ice cream and pasta, Obama also asked Harris about her own “tricks of the trade” when it comes to life on the campaign trail, which can be "grueling."

Daily exercise, she said — even if she can’t track down weights.

“I work out every morning, regardless of how much sleep I’ve had,” Harris said. “It’s just the best way to start the day.” When retailers began selling out of workout equipment as gyms shuttered due to the novel coronavirus, Harris resorted to using water bottles.

Obama echoed the need to be resourceful while campaigning, saying that he also used to do whatever it took to carve out time for daily exercise: “There were times when I was in a little Iowa town and the only treadmill was in the back of a beauty salon … women would be looking [like], ‘Why is this guy here?’ ”

Obama officially endorsed Biden, 77, in April, once the other Democratic candidates had dropped out of the race and the path to the nomination became more clear. The Biden campaign has made the former vice president’s relationship with Obama a part of its appeal to voters.

The former president has become increasingly involved in the campaign, speaking with Biden as part of socially-distanced recorded conversations and making an appearance at the Democratic National Convention.

Obama has been vocal in his support of Harris as Biden’s vice presidential pick, saying Biden “couldn’t be more thrilled” with his running mate selection.