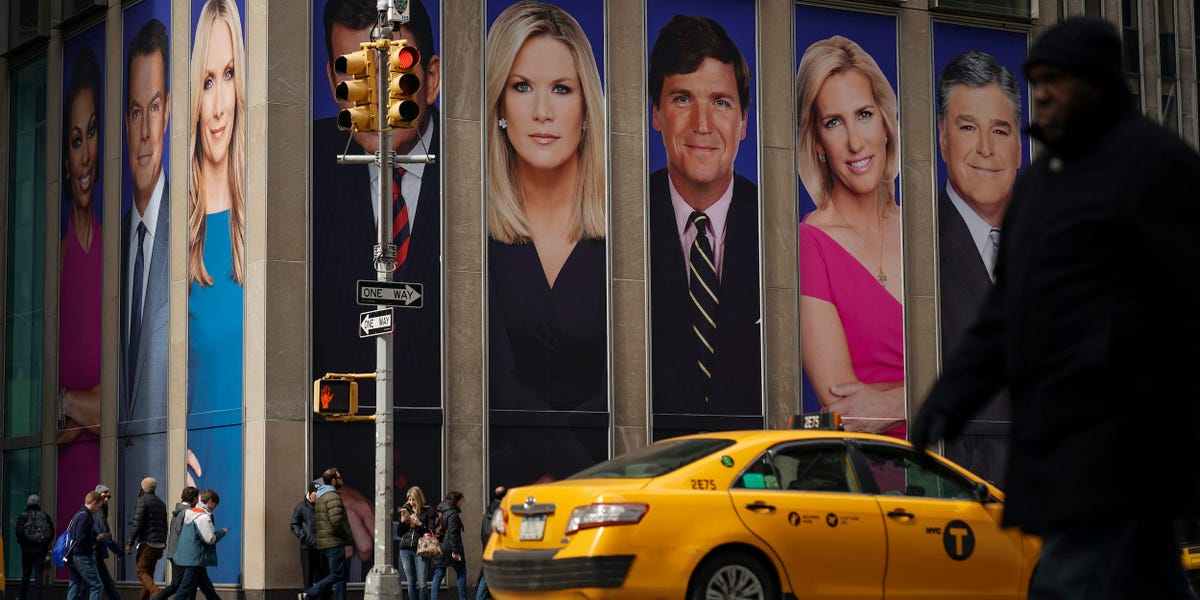 There is only one news network the President of the United States live tweets most mornings, and its force in American life is backed up by a new set of ratings.

Fox News was the most-watched channel on all of American television over the summer of 2020.

Dominating cable ratings is nothing new for Fox, but edging out all of the major networks and any other competition with the return of sports over the summer is a new record for them.

From Memorial Day to Labor Day, Fox News averaged around 3.5 million viewers in primetime each night, according to Nielsen Media Research.

Fox News also edged out major sporting events in the ratings, including the second round of the NBA playoffs, the PGA Tour Championship Final, the Belmont Stakes, and the US Open for tennis, according to the Nielsen ratings for P2+ viewers (shorthand in the industry for "persons aged two or more").

At a conference hosted by Bank of America on Thursday, Fox Corporation Chairman and CEO Lachlan Murdoch credited the network's "ecosystem" outside of conventional TV as a source of its overall strength.

"[Fox News CEO] Suzanne Scott does a tremendous job not just running a linear news channel," Murdoch said. "You have Fox News, you have Fox Business, you have their digital business, we talked a little bit about Fox Nation and Fox News International."

"It's number one in a competitor set, Fox News ranks number one with news brands, on social media with Instagram, Facebook. It's a tremendous business and it's not just around one linear channel, it's how we keep our viewers and fans in that ecosystem."

Primetime hosts Tucker Carlson, Sean Hannity and Laura Ingraham have been putting up huge ratings to carry the network to the top over the summer, particularly with Carlson cracking three and four million viewers per night following the death of George Floyd and the subsequent nationwide protests for Black Lives Matter.

These shows have consistently shown more coverage of looting and violence in American cities, with hosts like Carlson coming under heavy scrutiny for segments such as a recent one playing devil's advocate for the Kenosha shooter, whom Carlson said "had to maintain order when no one else would."

Even though advertisers have withdrawn from the hosts' shows in several instances following controversy, Murdoch said ad revenue is not a concern.

"I think it's very strong," Murdoch said. "News always skews older, which is not something I'm particularly worried about, it's logical. But now we have new viewers to advertise for, we have new categories of advertisers that never advertised in news before are now advertising on Fox News."

"Obviously what that's done is, as our ratings increase, our demographics, we have larger cohorts of different demographics."