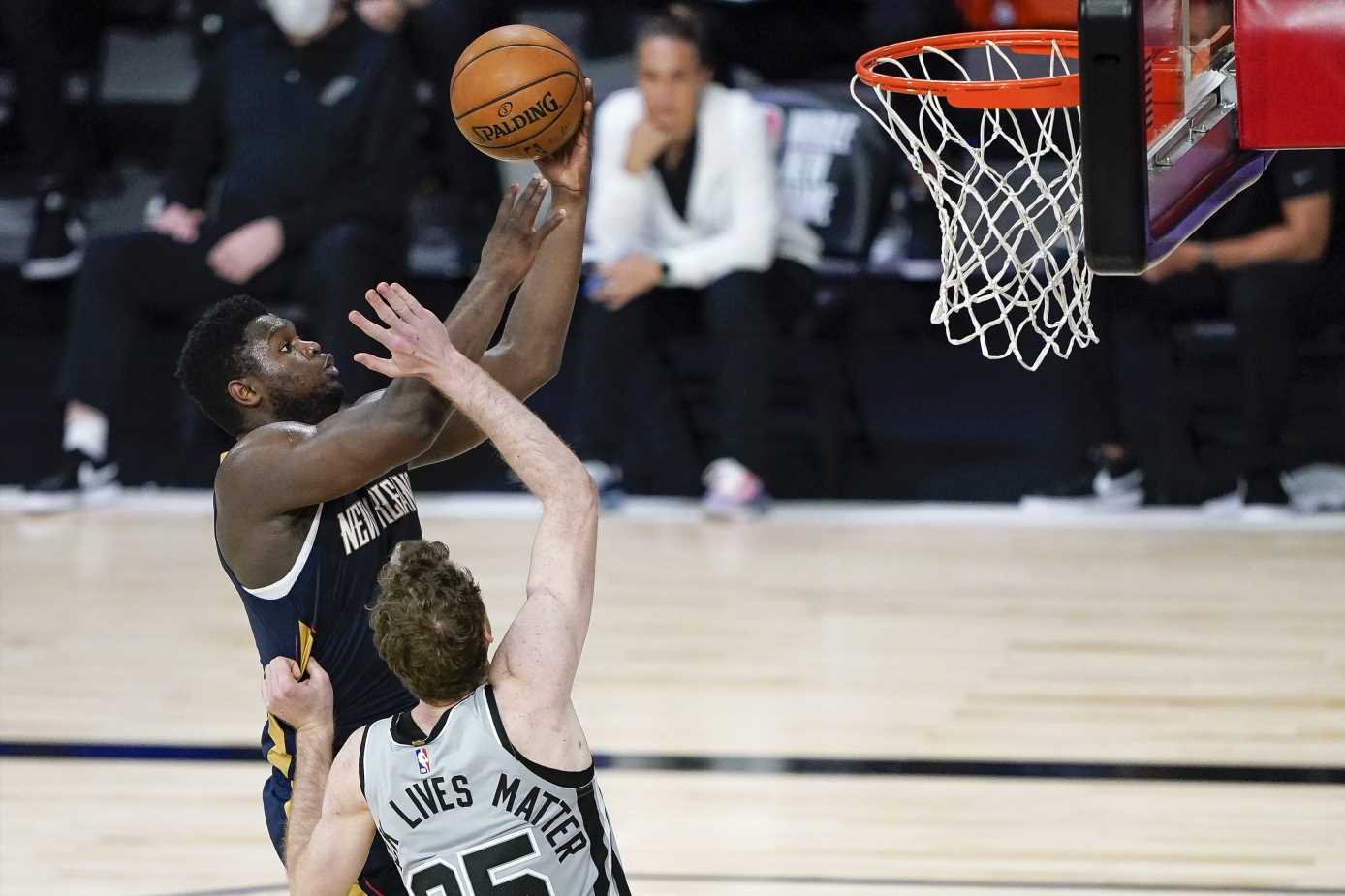 Zion Williamson's rookie season with the NBA has been far from typical.

The New Orleans Pelicans star, who signed a $44 million contract with the team after being selected as the NBA's No. 1 overall draft pick in 2019, missed the first 43 games of the season after having knee surgery. Then Covid-19 hit and the NBA shut down to prevent the spread of the virus from March 11 to July 30.

But Williamson, 20, said, he got through it by learning "remain patient" and focus his energy on his long term goals: getting healthy and playing basketball again.

"[M]y mom taught me growing up to be grateful for everything," Williamson told Men's Health in a story published Wednesday. "Even though I was hurt and not playing, the bigger picture was: I am going to play again."

With that in mind, while quarantining amid the pandemic, Williamson said he focused on simple workouts to keep himself in shape. "Believe it or not, pushups and sit ups," he told Men's Health. "And a lot of running."

Williamson also played basketball twice a day and did strength, flexibility and conditioning work with a trainer.

As for diet, the 284-pound, 6-foot-6-inch tall star let his mom, Sharonda Sampson, handle that. Sampson adjusted her southern cooking style for her son by taking out all the bacon and sauces and including more salmon dishes, she told Men's Health.

The experience of Williamson's unusual season also made him think about his life's motto, which he got from fellow NBA star Lebron James: "Nothing is given. Everything is earned."

Check out: Americans spend over $5,000 a year on groceries—save hundreds at supermarkets with these cards