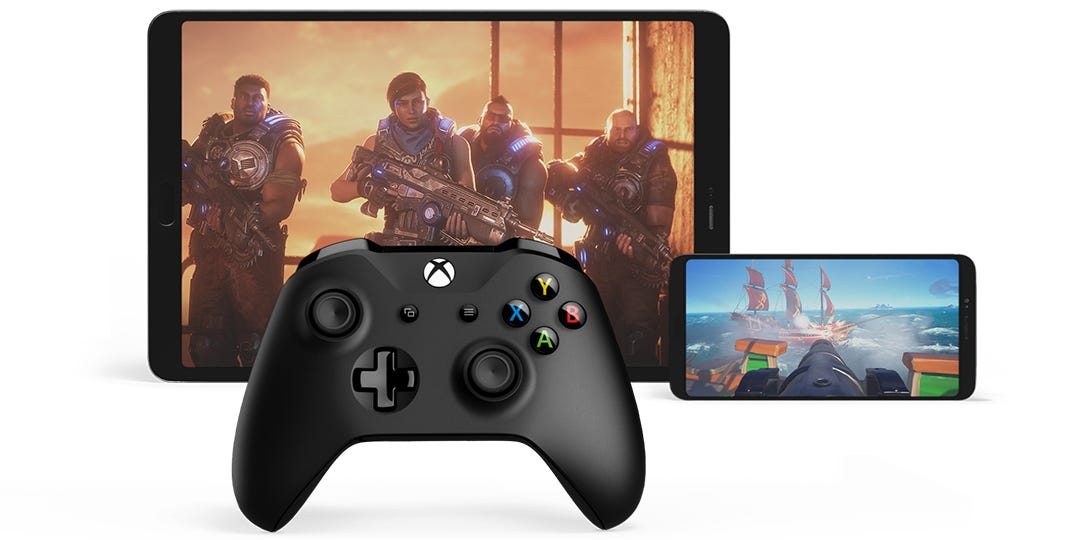 On September 15, Microsoft plans to launch a major coup in the video game business: The world's first game streaming service with a built-in library, Netflix-style.

For $15 a month, you'll be able to stream over 100 games to smartphones and tablets — but it won't be available on Apple's ubiquitous iPhone and iPad.

The reason, an Apple spokesperson said in early August, is because Apple isn't able to review each game that's available through Game Pass.

"The App Store was created to be a safe and trusted place for customers to discover and download apps, and a great business opportunity for all developers," an Apple spokesperson told Business Insider at the time. "Before they go on our store, all apps are reviewed against the same set of guidelines that are intended to protect customers and provide a fair and level playing field to developers."

Given that Microsoft's service operates like Netflix or Spotify, with subscribers getting access to a built-in library, submitting each game in that library to Apple's review process is prohibitively time consuming. It would also require each of those games to enable in-app purchases through Apple's payment systems, and each game to be ranked on the App Store charts, among other features. Each developer would need a paid Apple developer account.

In short, it would be a tremendously cumbersome process, akin to Netflix having to seek Apple's approval for every movie and show on its service.

On Friday, Apple codified those standards into its App Store guidelines.

"Streaming games are permitted so long as they adhere to all guidelines — for example, each game update must be submitted for review, developers must provide appropriate metadata for search, games must use in-app purchase to unlock features or functionality, etc.," the Apple developer page says.

Microsoft could publish its video game streaming service, Apple said, but the main app would have to link out to each game individually on the App Store.

"Streaming game services may offer a catalog app on the App Store to help users sign up for the service and find the games on the App Store, provided that the app adheres to all guidelines, including offering users the option to pay for a subscription with in-app purchase and use Sign in with Apple. All the games included in the catalog app must link to an individual App Store product page," Apple's developer page says.

Microsoft responded to the changes in a statement on Friday afternoon.

"This remains a bad experience for customers," the statement said. "Gamers want to jump directly into a game from their curated catalog within one app just like they do with movies or songs, and not be forced to download over 100 apps to play individual games from the cloud."

Company representatives had similarly strong words back in August. "Apple stands alone as the only general purpose platform to deny consumers from cloud gaming and game subscription services like Xbox Game Pass," Microsoft said in a statement sent to Business Insider in early August. "It consistently treats gaming apps differently, applying more lenient rules to non-gaming apps even when they include interactive content."

Given that Apple allows services like Netflix and Spotify without reviewing every piece of content, why not allow a similar service for gaming? The difference boils down to the medium, according to Apple: Games are interactive, unlike music and film, and there are consumer expectations baked into the App Store related to gaming.

No in-app payment through Apple's built-in services, for instance, and no App Store rating, among a variety of other things.

Microsoft's popular subscription service, Xbox Game Pass, started with the ability to download games from a large library directly to your console and PC.

On September 15, Microsoft is combining Xbox Game Pass with its "Project xCloud" streaming service — a combination years in the making. Instead of just being able to download games from the Game Pass library to your console and PC, they will also be streamable to smartphones and tablets.

With Xbox Game Pass "Ultimate," Microsoft says over 100 games can be streamed directly to your smartphone or tablet for $15 per month. You can then resume those games on an Xbox console right where you left off.

When it arrives next week, the service will be available through a variety of Android smartphones.