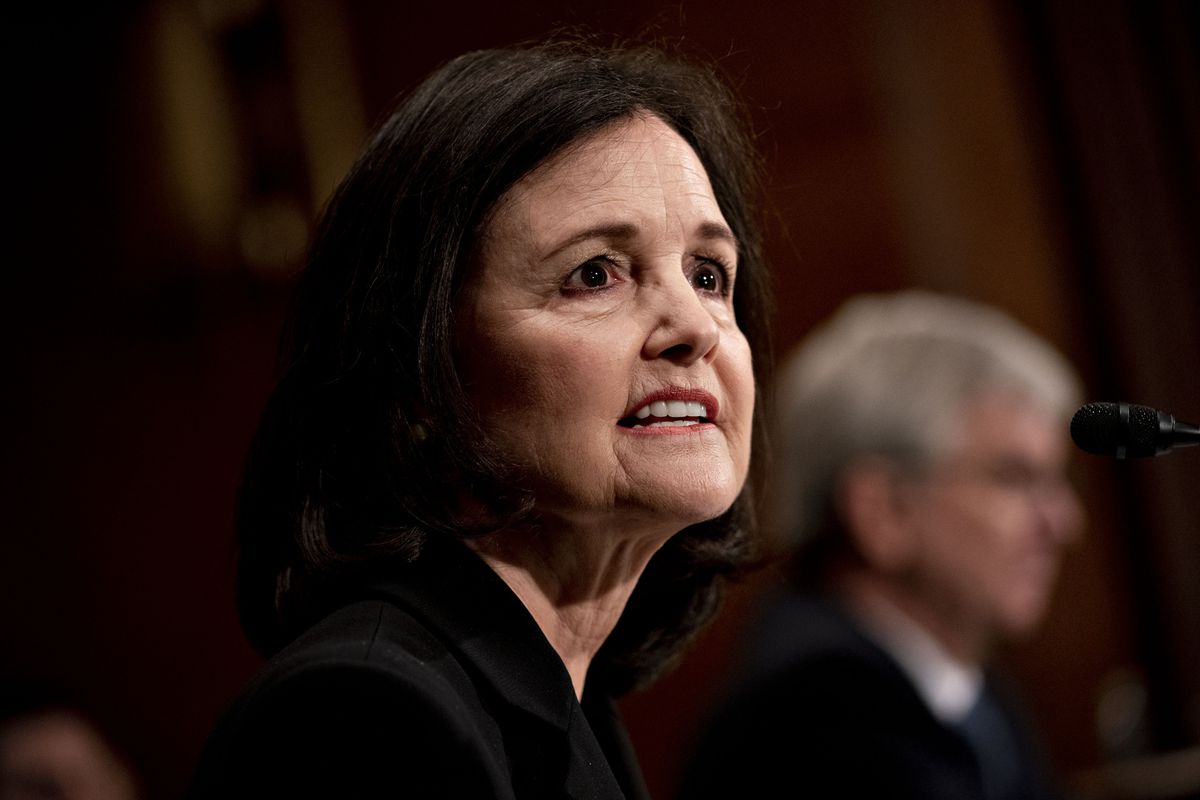 Judy Shelton, President Donald Trump’s controversial nominee for the Federal Reserve board, doesn’t yet have enough support in the Republican-controlled Senate to win confirmation, said Senator John Thune, the chamber’s No. 2 GOP leader.

Shelton — who’s drawn significant criticism for policy views outside the mainstream — remains a priority for the White House, Thune told reporters at the Capitol. Republican leaders will move forward on her nomination before the November election if she can gain the 51 votes needed, he said.

“We’re still working it,” said Thune of South Dakota. “It’s the Federal Reserve, it’s important so obviously we want to get it done. But we’re not going to bring it up until we have the votes to confirm her.”

The nomination would be blocked if four Senate Republicans join Democrats in opposing her. Two Republicans — Mitt Romney of Utah and Susan Collins of Maine — have said they won’t back her elevation to the Fed. Senator Lisa Murkowski, an Alaska Republican, “is still in the process of vetting her nomination,” spokeswoman Karina Borger said in an email. Tennessee Republican Lamar Alexander, who is not seeking re-election, hasn’t said how he would vote and spokesman William Heartsill declined to comment.

Shelton is known for her past support for the gold standard and for serving as a political loyalist to the president — having worked as an informal adviser to Trump’s 2016 campaign.

She didn’t immediately respond to a request for comment on Thune’s assessment of her confirmation prospects.

She appeared to abandon her advocacy for ultra-tight monetary policy when she emerged as a Fed candidate, publicly aligning herself with the president’s calls for lower interest rates.

A group of former Fed officials and staffers, including ex-Vice Chair Alan Blinder, published an open letter in late August calling on the U.S. Senate to reject Shelton’s nomination.

“Ms. Shelton’s views are so extreme and ill-considered as to be an unnecessary distraction from the tasks at hand,” the letter said. It also was signed by two former Federal Reserve district bank presidents and three ex-division directors on the board’s staff.

The Senate Banking Committee advanced Shelton’s nomination on a party-line vote in July after a delay of more than a year. Another Fed nominee, Christopher Waller, also was approved by the panel and is pending before the full Senate. Waller is research director at the St. Louis Fed, and is expected to easily gather enough votes.

During her testimony at a February hearing, Shelton insisted that no one will tell her what to do.

“I wish to emphasize my commitment to honor the constitutional authority of Congress to regulate the value of U.S. money,” she said. “I believe that the independence of the Federal Reserve is a vital aspect of its credibility with the public.”

— With assistance by Christopher Condon, Saleha Mohsin, and James Rowley