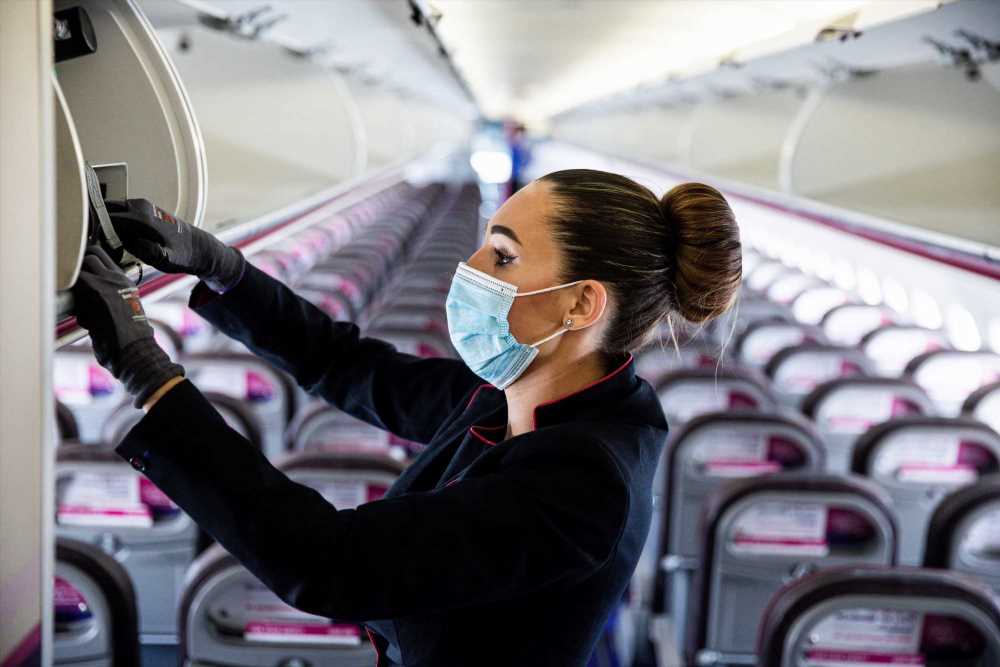 The chief executive of a European airline says that flying is safer than shopping for groceries in terms of the risk catching coronavirus.

Jozsef Varadi, CEO of Wizz Air, told CNBC's Squawk Box Europe: "We don't know a single case globally that someone would have been infected by flying, so flying is a very safe activity, it's a lot safer than going to the supermarket or even meeting your friend," he stated.

Varadi said that as it operates a young fleet, with aircraft averaging five years of age, filtration systems meant air quality is "comparable to an intensive care unit of a hospital." "By engineering and design the aircraft is very safe," he said.

He added that he was satisfied with standards of cleanliness in airports and called for government to provide testing for people who wanted to travel, rather than impose travel bans or quarantines.

HEPA, or high efficiency particulate air filters, are used in aircraft, according to the World Health Organization (WHO), and they are similar systems to those used in operating theaters and intensive care units, it states.

People in close proximity on an airplane may transmit infections to each other, similar to how they might on a bus or in a theater, the WHO adds.

Aircraft cabin air systems use 50% outside air and 50% recirculated, filtered air, according to the International Air Transportation Association (IATA).

Wizz Air flies to 45 European countries and Varadi said no two countries currently have the same quarantine rules. Since the outbreak of the pandemic, governments have imposed various restrictions on citizens travelling to and from certain countries — for example, people travelling to England from Portugal now have to self-isolate for 14 days, in a measure announced last week.

"There are no two countries of those 45 that would be imposing the same measures, so it is totally unpredictable, it has become … very difficult to cut through. We need to align standards, we need to align measures," Varadi stated.

The airline industry has been rocked by the coronavirus pandemic as governments imposed shelter-in-place orders, and last month U.S. airlines said that more than 75,000 jobs are at risk.

Varadi has previously warned of a "rollercoaster effect" in terms of economic recovery for airlines and business, and stated that airlines would simply have to cope with uncertainty.