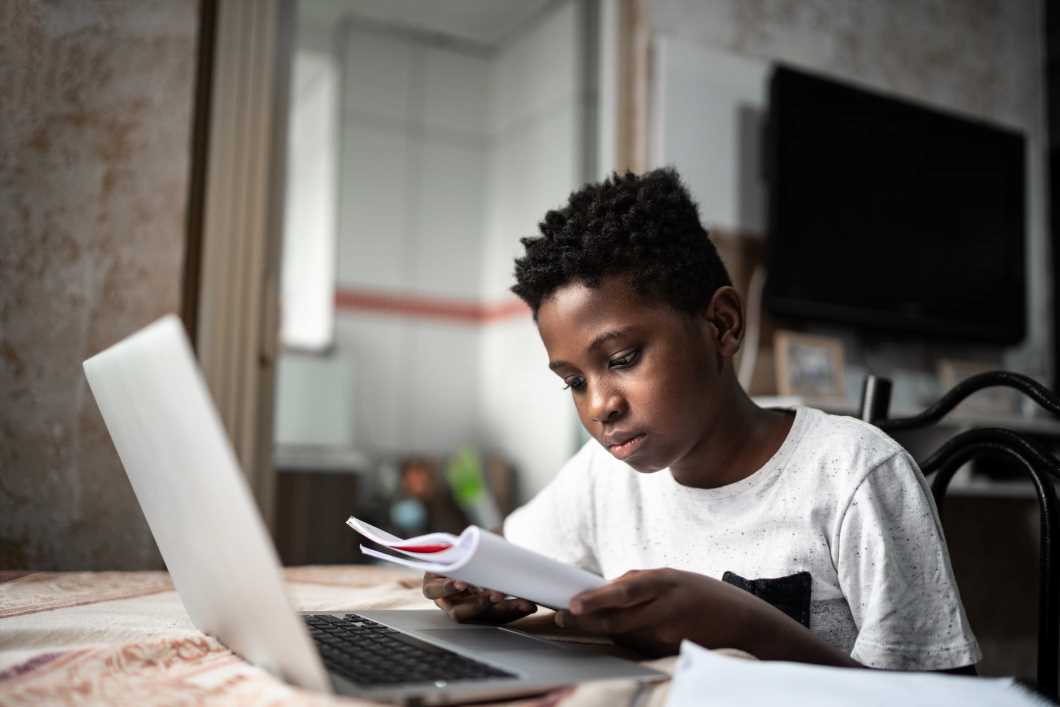 As school districts around the country settle into new routines this fall, it's becoming clear that remote learning isn't going anywhere. And this is having a dramatic impact on working parents across the U.S. But hourly workers may be bearing a bigger burden.

About 60% of students will attend school virtually this fall, while 18% will split their time between remote learning and in-person attendance. Just 19% of children nationwide will be attending in person, according to a report out earlier this month from Burbio, which aggregated data from 80,000 K-12 school calendars across all 50 states.

And this is having a big impact on working parents: 74% of parents who work as hourly employees say they expect remote learning to affect their performance at work, according to a recent survey of over 2,500 U.S. adults with children that CNBC Make It conducted in conjunction with Branch, a company that runs a mobile platform for hourly workers.

Over two-thirds of parents believe having their children attend school remotely will impact their ability to maintain the same number of hours at work, and over 80% expect to lose some income due to a lack of child care or in-person school attendance, the survey finds.

"A reduction of hours is a reduction of income for this workforce," says Branch CEO Atif Siddiqi. Hourly employees also face challenges such as variability in pay and income volatility, as many are not working the same schedule week to week.

Alicia LaPeruta, a 33-year-old single mother, says that while she hasn't lost any income yet because of the pandemic, she has scaled back her hours since her 6-year-old twin boys started the school year remotely. "I have definitely cut back on my hours voluntarily for my own sanity," LaPeruta says.

Based in Arizona, LaPeruta says that before the pandemic she was regularly logging 50 hours at work as an employee of a small marketing firm that handles higher education clients. "I was working in the office twice a week and then working from home the rest," she says, adding that once the pandemic hit, she transitioned to remote work. Recently, however, she has been going into the office one afternoon a week, and she's hoping to perhaps increase that since the boys' charter school recently announced they plan to start returning to in-person attendance in mid-October.

For now though, LaPeruta says she gets up early and tries to log a few hours of work before the boys' classes start at 8 a.m. "It's nice because we're three hours behind East Coast time in Arizona, so actually I've been trying to get at least two, sometimes three, hours of my day done before 8 a.m. our time," she says, adding that waking up early helps make her work days less stressful since she does have to be on hand to help if the boys run into problems with their school work.

"Usually, it's a quick interruption here or there," LaPeruta says. "I don't remember the last time I worked a true full, eight-hour shift," she adds, saying that her day is usually broken up into increments of a couple hours here and there. And while her supervisor has been supportive, LaPeruta says she's the only one in her small company who's actively responsible for her kids. Other employees have kids, but they have a stay-at-home spouse. The company she works for hasn't really implemented any formal policies or had any conversations around employee child-care needs, LaPeruta explains but adds that she's not planning on bringing up these issues either.

She says it would be nice to have a little support, but as a contractor she doesn't get benefits and she's paid hourly. But it's worked for LaPeruta so far because the job does give her some flexibility.

"I work as a contractor because [the cost of] child care is too expensive for twins on one income if I was to have to go in full-time in-person somewhere," she says. "[Working] hourly with no benefits, I get the flexibility versus [being] salaried with benefits and more strict requirements."

Fortunately, because she works with higher education clients, there's been increased work and commissions during the pandemic as schools attempt to navigate the crisis. "I don't foresee my employer having to cut our hours as we are stretched thin right now. But in the start-up world, that is, of course, always a possibility," LaPeruta says. "I'm just trying to survive every day."

Turning to family for support

Although many parents are single-handedly juggling remote schooling and job responsibilities, many are bringing in help. Nearly half, 47%, of hourly employees are planning to turn to family or friends to help care for their children this fall, the survey finds. LaPeruta is getting help from her father. She's worked out a schedule where her dad watches the boys one afternoon a week so she can go into the office.

Across the country, Shana Swain, 40, says she too is turning to her own mother for child care right now. A Charleston-based bartender, Swain was laid off early in the pandemic after the city's stay-at-home order closed businesses. "We had to go through that period of no work," Swain says, adding that she's back at it now, but capacity is still only about half, so "money-wise, we're not 100%."

Seeing her income dry up prompted Swain to study for a real estate license, which she received in August. "I think I made the right move there. I think that my timing is going to be spot on, and I'm ready for any challenge that the real estate industry has to offer," Swain says, but adds that she's still bar tending on the weekends. "As a single mom, you have to figure out ways to survive,"

But juggling a new career and working part-time as a bartender is not without its challenges, Swain says, especially since her daughters are attending kindergarten and third grade this fall on a partially remote schedule. They attend classes remotely and then spend one day a week for a few hours at school. "If I didn't have my mom, none of — this literally none of this — would be possible," Swain says.

Of course, enlisting her mom's aid does bring some additional stress about her health amid the pandemic, Swain says. But it's not just her mom she's concerned about. "I am worried about all my family."

To help mitigate the risk, Swain says her family is always masked and using hand sanitizer. Swain also tries to limit her own contact with people whenever possible and says there are temperature checks at work. "I do not engage in physical contact with my children or my mother until I have had a chance to derobe and put on clean clothes," she adds.

Swain says she plans her days so that her early mornings are filled with as many calls and meetings that she can knock out before her girls wake up. Then if there are meetings with clients or something that she needs to focus on later in the day, she calls her mom to see if she can drop the girls off. "I am so grateful for my mom and my family who always extend helping hands."

"I never understood what they meant by 'it takes a village.' But as you know, a woman in her 40s who has two small children, I know that to be so true," Swain

Don't miss more in this series: