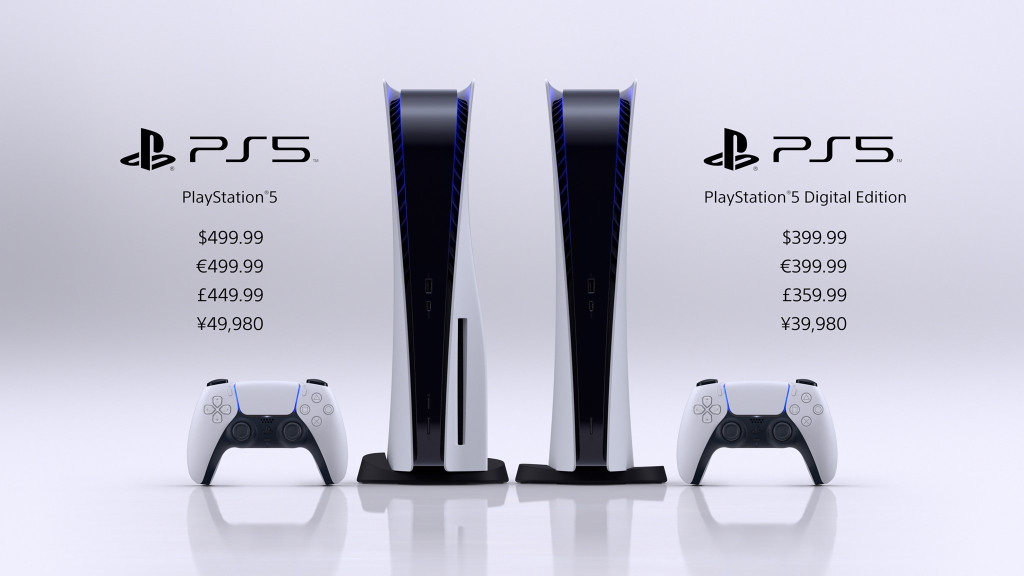 Sony Interactive Entertainment said the PlayStation 5 console will go on sale November 12 at $399 or $499 with an Ultra HD Blu-ray player.

In a blog post, interactive division CEO Jim Ryan said the console will go on sale first in the U.S., Japan, Canada, Mexico, Australia, New Zealand and South Korea. A week later, it will arrive everywhere else in the world. Pre-orders will start as soon as Thursday, he said.

The last new Sony console, the PlayStation 4, hit the market in 2013.

Sony last June released details about the PS5 as well as a list of game titles. On Wednesday, along with the date and pricing, Sony announced new game titles, including Devil May Cry 5 Special Edition, Final Fantasy XVI, Five Nights at Freddy’s Security Breach, Hogwarts Legacy and a new God of War installment.

Rival Microsoft will launch new Xbox units on November 10, including a $299 version. With Hollywood moviegoing and the fall TV season both hit by COVID-19, the video game battle is likely to command even more attention in the U.S. than it otherwise would have. Video games have boomed during the pandemic, with games setting records for sales and usage.

“This year has been unlike any other, and there have been many challenges the world has faced,” Ryan wrote. “Everyone at PlayStation, along with all of our partners in development, publishing, technology, and retail, have devoted a lot of effort to launch PlayStation 5 in time for the holiday season. We’re all working closely together to achieve our mission of delivering the best that gaming has to offer to our community.”