Michael Caputo, the politically appointed assistant secretary for public affairs at the nation’s health department, is taking a leave of absence, the agency announced Wednesday. This follows his posting a video of himself accusing the government scientists fighting the coronavirus pandemic of having a “resistance unit” and of plotting to undermine President Donald Trump.

Caputo’s science adviser, Dr. Paul Alexander, will also leave the Department of Health and Human Services entirely, the agency said in a statement.

A former Trump campaign official who was appointed as top spokesperson for the department in April, Caputo will step aside for 60 days “to focus on his health and the well-being of his family,” according to a department statement.

The announcement followed reports that Caputo had issued an apology on Tuesday to Health and Human Services Secretary Alex Azar and his staff about his conduct in a live video posted to Facebook on Sunday.

In the video, Caputo spews disturbing warnings about the upcoming presidential election and shares conspiracy theories about the Centers for Disease Control and Prevention’s efforts to fight COVID-19.

“There are scientists who work for this government who do not want America to get well, not until Joe Biden is president,” he says, without providing any supporting evidence, according to copies of the video shared by various news outlets.

Politico reported last week that Caputo and Alexander had been pressuring the CDC to change its COVID-19 reports so that the information reflects better on the president.

At one point in the video, Caputo encourages Trump supporters to buy ammunition for their guns, fearing that Biden will not accept the November election results.

“I’m not going anywhere. They’re going to have to kill me and unfortunately, I think that’s where this is going,” he says. 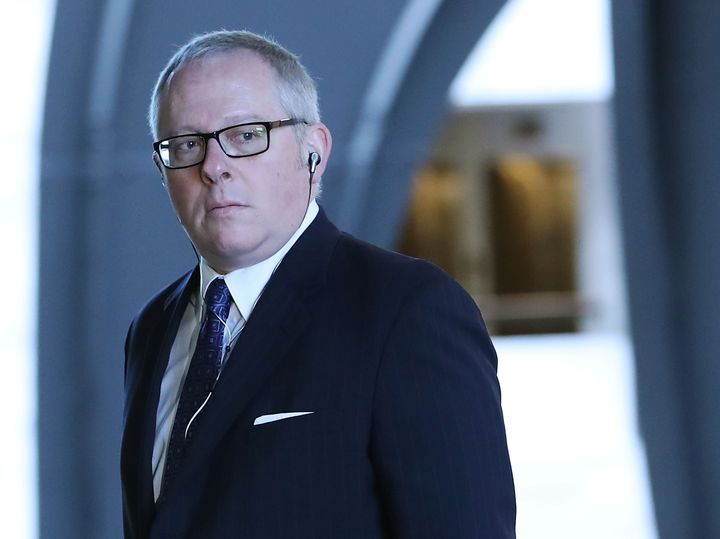 With his apology on Tuesday during an emergency staff meeting, Caputo shared that he was considering a leave of absence to address physical health problems, The New York Times reported, citing a person familiar with the situation.

Caputo mentions in his video that he has been physically and mentally unwell and that he “really wants to leave” the Department of Health and Human Services.

“Obviously, some of those statements are concerning,” Azar told The Tennesseean on Tuesday when asked about Caputo’s comments. “I’m not going to comment on somebody’s personal social media posts.”

Caputo has no medical or scientific background and his online profile on the department’s website describes him as a “film maker, an author and a media commentator.”

It’s not clear what, if any, long-term repercussions the video may have on Caputo’s government career.

A representative with the Department of Health and Human Services did not immediately respond to HuffPost’s requests for comment on Wednesday.

This story has been updated with the news of Caputo’s leave of absence.