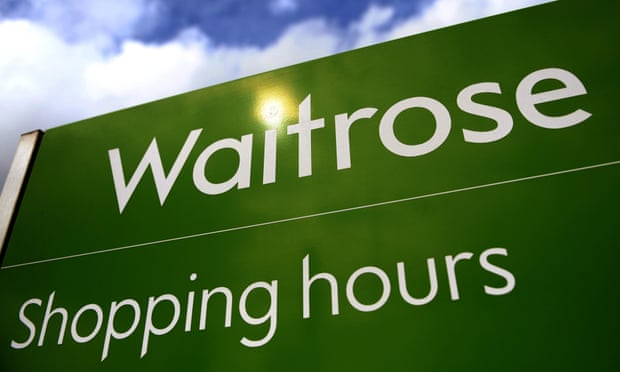 Waitrose is to close another four of its 335 supermarkets as the staff-owned group prepares for an overhaul under new management.

Stores in Caldicot, Ipswich Corn Exchange and Shrewsbury will close, putting 124 jobs at risk. Another 140 roles in Wolverhampton will transfer to Tesco, which is taking over the site.

Waitrose enlists Deliveroo to help take on M&S and Ocado

“We have found trading challenging in these four shops and, despite the best efforts of partners, we have not been able to find a way to make them profitable in the long-term,” Waitrose said.

It said it would try to find other roles for staff across the group, which also owns the John Lewis department stores and a fast-growing online business. John Lewis added that its Waitrose shops remained important to customers and it may open new stores in some areas.

Bérangère Michel, the executive director of customer service for Waitrose’s parent group, the John Lewis Partnership, said: “Closing any of our shops is always a last resort and is not a reflection on the dedication of our partners in Caldicot, Ipswich Corn Exchange, Shrewsbury and Wolverhampton.”

The latest closures come after John Lewis permanently closed eight of its 50 department stores in July, including big outlets in Birmingham and Watford, with the likely loss of 1,300 jobs.

The company has also closed 15 Waitrose outlets since March last year including Helensburgh in Scotland, Four Oaks in Sutton Coldfield and Waterlooville in Hampshire earlier this year.

Waitrose’s profits rose by £10m to £213m in the year to January, boosted by the sale of unwanted stores. Excluding that one-off benefit, profits fell £6m, hit by higher costs including staff pay.

Sharon White, the new head of the John Lewis Partnership, is due to lay out her vision for the future of the company next month. However, on Thursday she is expected to reveal a heavy first-half loss for the group’s department stores and reduced profits at Waitrose.

Waitrose’s sales are likely to have soared, as it gained thousands of new online shoppers and benefited from the closure of cafes and restaurants. But profits are under pressure from the costs of ramping up its online business in preparation from its split from Ocado earlier this month, as well as the higher cost of operating during the pandemic, including protective equipment and making more home deliveries.