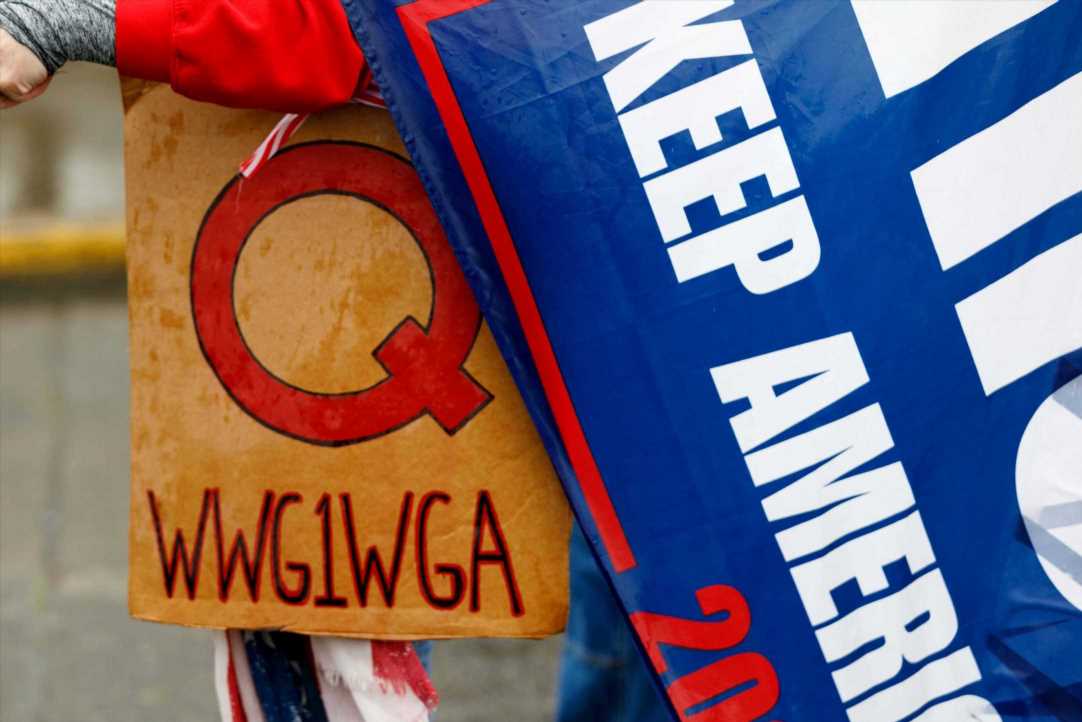 Political candidates and elected officials who share QAnon content on Twitter will have their visibility on the platform restricted, thanks to a new batch of rules against “coordinated harmful activity” Twitter implemented on Thursday.

The action is an expansion of a QAnon crackdown the social platform began in July, when it banned more than 7,000 accounts and limited the activity of tens of thousands more in response to the far-right conspiracy movement and its groundless, dangerous theories.

A Twitter spokesperson told HuffPost the new framework “has no exceptions” and will apply to all candidates and elected officials, including President Donald Trump. Asked last month about QAnon and its litany of baseless claims, Trump insisted he didn’t know much about the movement, but said he “appreciates” support from its adherents.

The Twitter spokesperson said, “We apply the same approach to candidates/elected officials as we do to every other account: Accounts which engage in promoting QAnon on Twitter will no longer be actively recommended by Twitter. Furthermore, if these verified accounts were to engage in swarming activity, those tweets will be downranked.”

QAnon followers take their cues from what they believe is an anonymous high-ranking government official ― or perhaps a team of officials ― who they dubbed “Q” and who, since the fall of 2017, supposedly has been sprinkling obscure, often inscrutable clues online. QAnon followers then interpret these messages.

Adherents of the ever-changing and wide-ranging digital cult say they believe a secret “deep state” cabal of Satan-worshipping liberals and Hollywood elites are engaged in a cannibalistic cult that also engages in trafficking children and pedophilia. Trump is idolized as the lone figure who can thwart the cabal and save America. The outlandish assertions embraced by some of the adherents include the claim John F. Kennedy Jr. faked his 1999 death in a plane crash and is helping Trump behind the scenes.

The FBI has said it considers the movement a potential domestic terrorism threat; QAnon supporters have been implicated in armed standoffs, kidnappings and murder.

Discouraging politicians from piggybacking on the QAnon movement as a means to realize their ambitions is a logical next step ― and an urgent one.

The non-profit media watchdog Media Matters has identified 81 current or former congressional candidates ― 75 of whom are Republicans ― who embrace the theory to varying degrees.

These include Lauren Boebert, who defeated Rep. Scott Tipton in Colorado’s GOP primary earlier this year to win the party’s nomination for the state’s 3rd Congressional District. Boebert has said she is “very familiar with” the QAnon conspiracy theory and hopes it’s real because “it can be really great for our country.”

In Georgia, QAnon supporter Marjorie Taylor Greene is all but assured to represent the state’s heavily Republican 14th Congressional District after winning a primary runoff in August.

Earlier this week in Delaware, QAnon supporter Lauren Witzke won the Republican primary to will challenge Democratic Sen. Chris Coons. In addition to having touted QAnon in tweets, a Daily Beast profile reported that she’s also supported the idea of enthroning Trump as king of America for life, and said she believes the earth is flat. Coons is heavily favored to prevail over her.