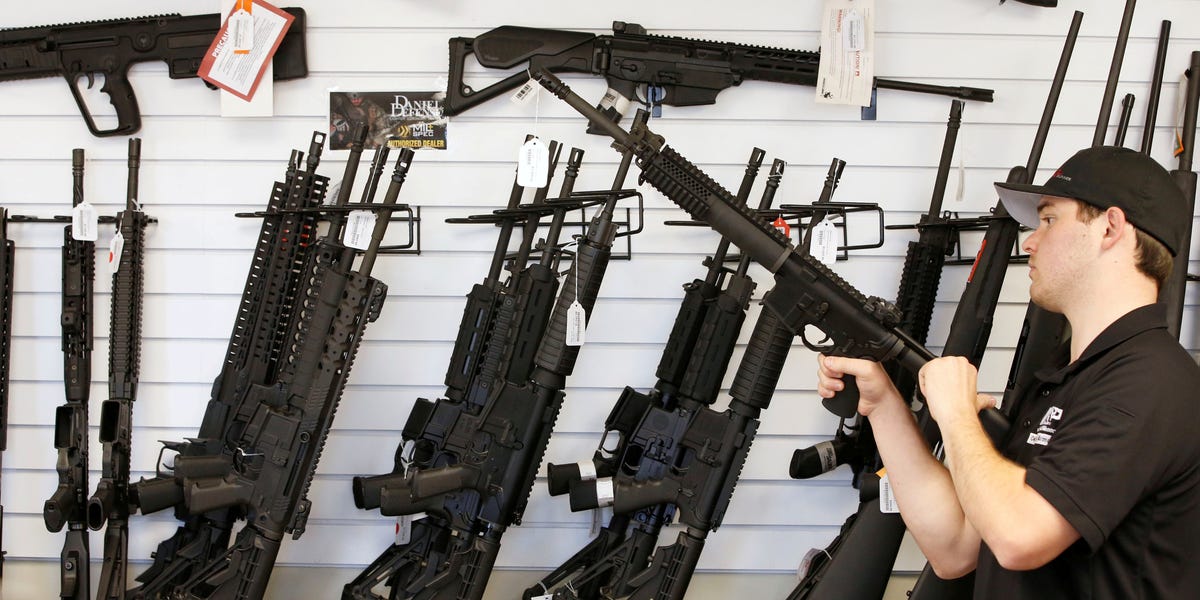 A recent UN report shows that traffickers move weapons from the United States to Mexico in small quantities, even a single firearm at a time, in a divergence from global arms trafficking trends.

In its latest report on global firearms trafficking, the United Nations Office on Drugs and Crime (UNODC) noted that seizure data from 2016 and 2017 indicated that the flow of firearms at the US-Mexico border "appears to occur in smaller individual batches than the general global pattern."

This method of smuggling weapons in small, constant shipments is known as "ant trafficking." While the individual smugglers appear unaffiliated with a criminal group, the large scale of US-Mexico ant trafficking and evidence that weapons are often bought from a centralized source, then dispersed for transport, indicate that Mexican organized crime groups are involved, according to the report.

An examination of US Customs and Border Protection (CBP) news releases from May through July show that seizures of one to two firearms occurred regularly, primarily at the Yuma, Arizona, and Del Rio, Texas, points of entry and exit.

The steady movement of small shipments of US-bought weapons into Mexico stems from the ease of buying firearms in southern states and the mass movement of cars and trucks across the border.

According to Eugenio Weigend Vargas, the associate director for Gun Violence Prevention at the Center for American Progress, the US-Mexico border's status as a trade hub makes it easy for traffickers to conceal small quantities of weapons in vehicles headed south.

"You can very easily cross from the United States to Mexico with no questions asked, sometimes not even showing your passport," Weigend Vargas told InSight Crime.

Additionally, gun shops are plentiful in the US southwest. There are over 7,000 licensed firearms dealers in Texas alone — while all of Mexico has precisely one.

"Armed groups in other parts of the world where such retail sellers don't exist must rely on black markets, where sellers are more likely to sell larger quantities," John Lindsay-Poland, coordinator of the Stop US Arms to Mexico project, told InSight Crime. The laws and culture of the United States make "the ant trade the most feasible method of obtaining these weapons," he said.

Criminal groups in Mexico often obtain weapons via "straw purchases," when people without criminal records are recruited to buy the firearms.

A Houston Chronicle investigation in August 2020 tracked 27 weapons used in a Coahuila cartel shootout to southern Texas, where authorities discovered that one straw purchaser had bought 156 weapons over a six-month period from the same gun shop. In batches, he sold the weapons to traffickers, who smuggled them across the border and resold them to cartels for a three-fold profit.

According to the Center for American Progress, border states have also seen a rise in firearms stolen from licensed gun stores.

Recently, daily US-Mexico border traffic has slowed due to the coronavirus pandemic, which could have a temporary dampening effect on the cross-border movement of weapons. At the same time, in the first six months of 2020, there has been a spike in gun thefts, gun-related suicides, and other gun crimes.

"You do see the problems that are usually associated with higher volumes of gun purchases in the United States," Weigend Vargas told InSight Crime. "So there's reason to believe that gun trafficking will increase."