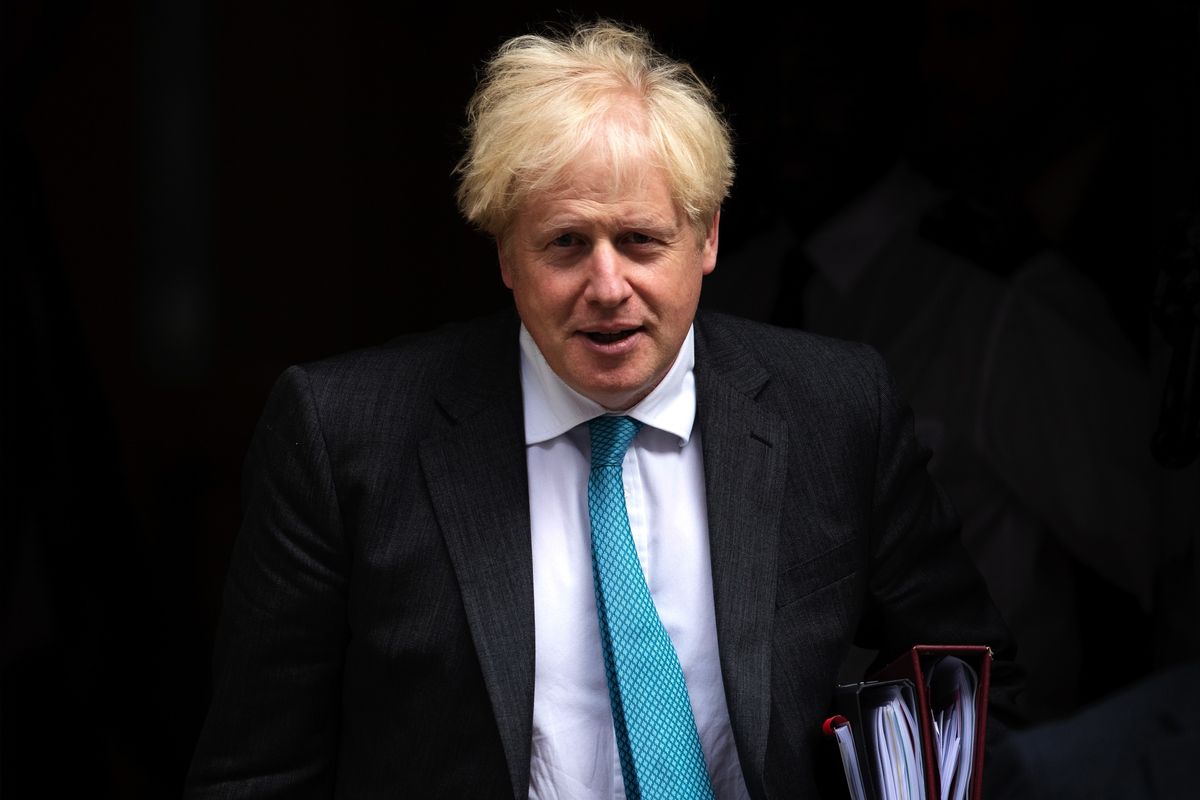 At 3:30 p.m. on Wednesday, Boris Johnson sat down for a 90-minute interrogation in Parliament, but there was one question he couldn’t answer: whether a top U.K. government law officer had quit.

Richard Keen, the advocate general for Scotland, resigned because he couldn’t reconcile his role as a lawyer with Johnson’s explosive plan to rewrite the Brexit deal and break international law. The Internal Market Bill had already provoked storm at home and abroad that the premier—with all his charisma—and his aides—with all their cunning—could not contain.

The prime minister and his team tried all day to persuade Keen to change his mind, and were still trying when Johnson arrived to give evidence to the House of Commons liaison committee. When he was asked if Keen was still in his post, Johnson was forced to admit he didn’t know.

“All I can tell you is that, as far as I know, conversations on that matter are still continuing,” he said. Later that evening, Johnson was forced to concede defeat, and accept Keen was going. Despite his record of charming his way out of trouble, Johnson’s magic touch had found its limits.

It was an extraordinary glimpse into the chaos that has engulfed the British leader as a result of his proposal to renege on the exit treaty with the European Union signed in January. Adding to the sense of disarray, the whole row was a mistake rather than a deliberate negotiating tactic, according to one British official.

Many Conservatives already feared their leader was losing his grip even before the blunder over the bill. Now Johnson’s strategy for a free-trade pact with the EU before the end of the year is in tatters. The two sides are miles apart, publicly trading blows and accusing each other of acting in bad faith. In private, European officials say trust in the British side is at rock bottom.

Brexit has had more than its fair share of turmoil over the past four years, and the British side is still confident this is just another temporary upset to the process of forging a new relationship with the continent.

Yet with six weeks left to resolve the impasse, and avert the threat of tariffs, quotas and upheaval at the U.K. border, even some in Johnson’s team are privately fearful of the damage the row has caused.

The furore was partly of the prime minister’s own making. The contentious element of the bill involves changes to the protocol for Northern Ireland, which shares a land border with the EU. On Sept. 8, his team sent Northern Ireland Secretary Brandon Lewis into the House of Commons and told him to make clear that the legislation would break international law in a “specific and limited way.”

Lewis did his job and was then vilified by opponents and allies alike. All five living former prime ministers raised grave concerns over the move. On Friday, Amal Clooney added to the chorus of dismay by quitting her role as the U.K.’s special envoy on media freedom.

The EU was baffled at why the U.K. should take such a step, especially when the mood in the room during trade talks had been improving in recent weeks.

Officials in Brussels wasted no time in drawing up plans to take legal action against the U.K. for breaking the exit agreement treaty. The EU’s chief negotiator, Michel Barnier, told European diplomats this week that the British moves showed bad faith and it was up to London to do something to rebuild trust.

The controversy also threatens to blight Britain’s future outside the bloc as a global free trading nation.

In Washington, Foreign Secretary Dominic Raab was on a mission to reassure worried politicians that Britain’s intentions toward Northern Ireland were honorable—and that the U.K. is still a trusted partner for a trade deal with the U.S.

Secretary of State Michael Pompeo said he trusted Johnson’s team and was looking forward to a successful trade agreement. Joe Biden, the Democratic presidential nominee, warned that any trade deal must be “contingent” on respect for the 1998 peace accord that largely ended three decades of sectarian violence in Northern Ireland. That raised alarms in London and prompted anger among some of Johnson’s Conservatives, some telling the Democrat not to “lecture” Britain.

The truth is that a leak of the proposals contained in the bill forced the government to set out its plans publicly before it was ready, a British official said. There was no chance to prepare the ground with the EU and explain the thinking before the starkest parts of the new law became public, the person said.

Mistake or not, the EU has demanded Britain scrap the law by the end of the month, which Johnson won’t do. According to notes summarizing a meeting, Barnier told ambassadors from the 27 EU member states this week that the issue was a grave threat to the chances of a future trade deal. “It will be difficult to agree on a new agreement when the previous one has not been respected,” he is quoted as saying.

In London, Johnson faced another battle, this time with his own party. Tory rebels aghast at the government’s plan to break international law were lining up to re-write the bill. A cabinet minister was hinting he could quit if the premier pushed ahead.

All day long on Wednesday, Johnson’s team held talks with the rebels, chiefly Damian Green, a former deputy prime minister. Eventually, Downing Street officials cut a deal—to give the House of Commons a veto before ministers could in future break the terms of the Brexit deal.

There was a risk, though, that the compromise could anger the staunchly pro-Brexit wing of the party, and only when it was also signed up to the plan did Johnson’s office go ahead and announce it.

In Johnson’s team, there is still hope that a trade agreement will be reached with the EU before the Brexit transition period expires at the end of the year, even if the bloc does take the U.K. to court. The two biggest issues that negotiators are haggling over—fishing and subsidy rules for businesses—can be resolved, one official said.

Britain expects to satisfy the EU with a political commitment not to adopt what Johnson has called “communist” policies of propping up failing companies at any price. The premier himself is also likely to need to intervene to rescue the talks in the weeks ahead, though Johnson’s team think it is still too early for such a gambit.

Yet time is running out. There is only one last round of formal negotiations due to take place, starting Sept. 28. If there is no agreement by Oct. 15, the U.K. says it will be time to move on. And the risk is that a political promise—even in Johnson’s own name—may not go far enough for a legally minded institution such as the EU.

In Barnier, Johnson is dealing with a technocrat rather than an elected politician. Charm may not work. In any case, even the British side accepts that the EU’s willingness to trust the U.K.’s word may now not be what it was.