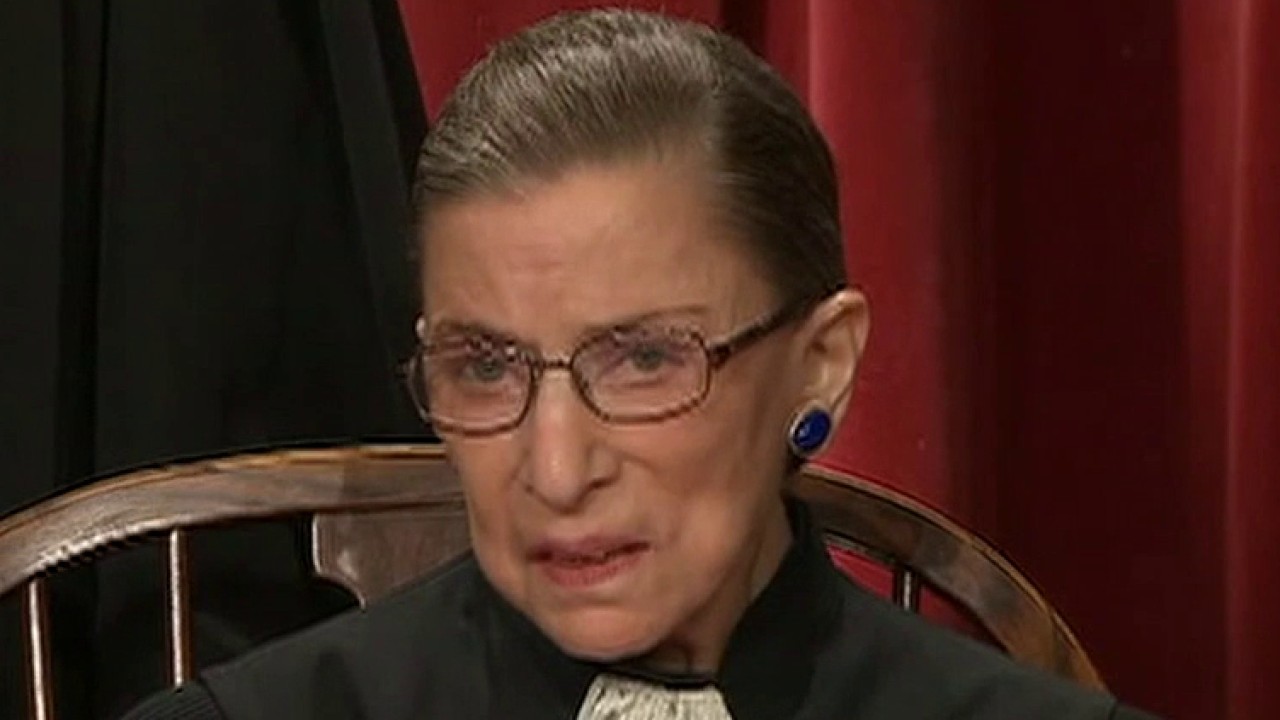 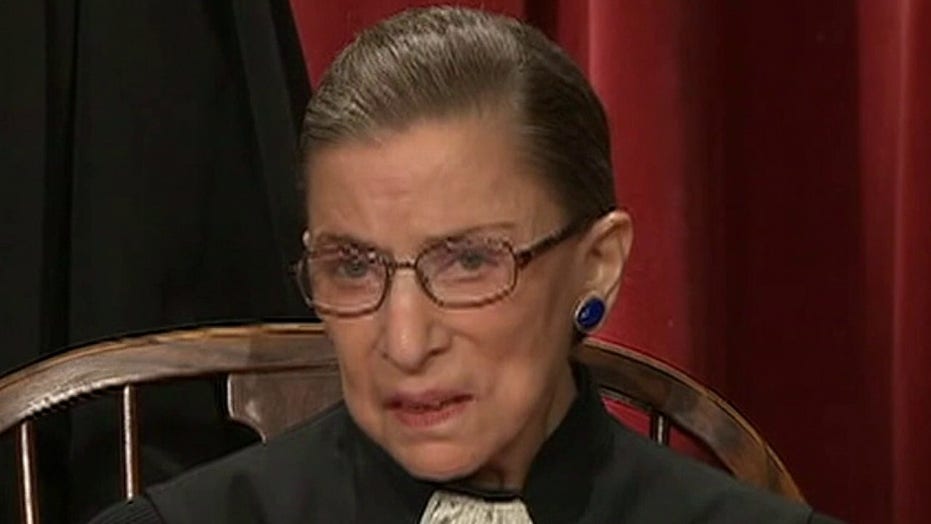 Americans were given little time to remember the legacy of Justice Ruth Bader Ginsburg, an indisputable trailblazer for women and titan of the law.

Her passing, after fighting four kinds of cancer for years, should serve as inspiration for all of us.

However, immediately woke activists reminded us that Kavanaugh-like attacks are guaranteed to whomever the president nominates to replace her.

The historic effort Concerned Women for America (CWA), the organization where I serve as CEO, had to deploy to combat the unjust attacks against Justice Brett Kavanaugh prepared the way for what will be needed to withstand the unhinged attacks coming from the radical left.

MALCOLM AND SLATTERY: RUTH BADER GINSBURG WAS A LIONESS OF THE LAW

We were maligned, threatened with violence, and harassed for our views.

It was miserable and frightening but now we are battle-tested.

I confess, I felt sheer dread reading some of the left’s reaction to the news of Justice Ginsburg's death on Friday night, even as we prayed for the Justice's family during this difficult time. 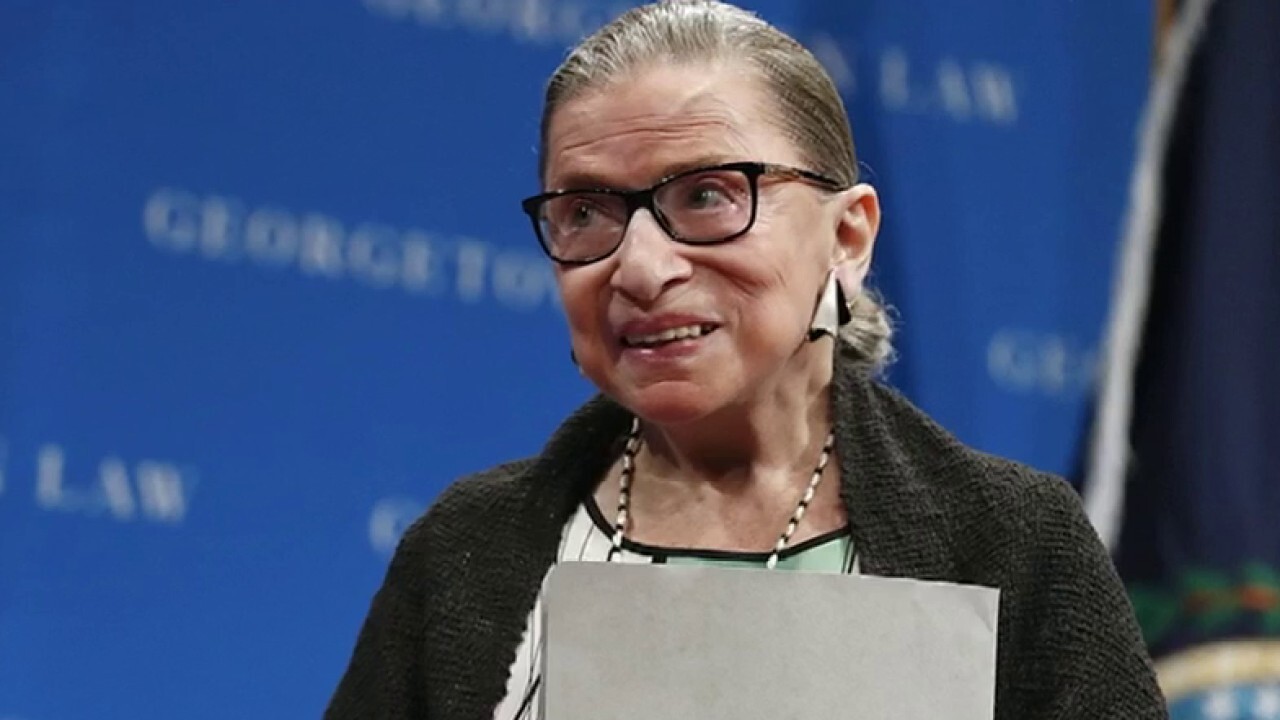 “We’re shutting this country down if Trump and McConnell try to ram through an appointment before the election,” tweeted Beau Willimon, President of the Writers Guild of America.

“If he tries to appoint someone, it’s civil war, and I’ll be on the front line,” replied Linda Brown, who described herself as a grandmother and part of “Team Resistance.”

The "Young Turks" host Cenk Uygur, who always seems willing to share something verbally toxic said, “There is no way in the world we're going to let the Republicans fill Ruth Bader Ginsburg's seat… Under no circumstances!!”

And those were the tamer responses!

At first glance, they are making the demand that Senate Majority Leader Mitch McConnell apply the rule the Senate used to put a hold on President Obama’s Supreme Court nominee. Only they know that rule does not apply in this case.

Senators, like parents, must ignore the tantrums. The Constitution sets a process. They have a charge. They must execute.

That procedural rule stipulates that, when an opposing party to the president holds the Senate, no Supreme Court confirmation should be confirmed during a presidential election year.

The reasoning behind it is that the people have spoken both in selecting the president and in giving the Senate to the opposing party, so they should consider that and decide which way to go with the nomination in the election.

That is not the case now. America elected Donald J. Trump as president (largely on his pledge about the selection of Supreme Court justices) and also voters expressed their complete confidence in that vision by giving the majority to the Republican party in the Senate.

The left knows this, despite the drum they will be banging for the next few months.

So, what is fueling the over the top, visceral reactions?

The left has gone completely unhinged. We could fill volumes with the more extreme reactions.

The answer, as is usually the case these days, is a five-letter word: Trump.

As the CEO and President of CWA, I experienced this irrational hatred of Trump directed at Justice Brett Kavanaugh in our “Women for Kavanaugh” effort during the last confirmation battle.

The left hated Kavanaugh before he was even nominated.

A rally at the Supreme Court featured pre-made signs for any nominee they thought possible. The official Twitter account of the Democratic Party tweeted and then deleted an image of the wrong judge, saying, “Let’s be clear: A vote for #KavanaughSCOTUS would be a vote to rip health care from American families …”

You see, it didn’t matter who the nominee was nor his or her record. What mattered was that it was President Trump’s nominee.

The same is true today.

That is why some on the left are hysterically threatening violence. Like an uncontrollable teenager, all the radical woke left does is based on raw emotions. They have symbolically placed all their pains and frustrations on President Trump.

We don’t discount their emotions; we acknowledge them.

It was one of the saddest things I experienced at the Kavanaugh hearings, once the unfounded sexual allegations were revealed.

Here were women who had been hurt deeply by this issue in one way or another, who were opposing Justice Kavanaugh based on their personal experiences. He was the sacrificial lamb to atone for their offender.

It did not matter that the evidence before us was not credible. They just felt deeply. They were ready for war because that was their reality.

This was all stoked by big spenders on the left who only wanted to use these women for their own political purposes.

The fact that they harmed an innocent man, his family, and other women was an inconvenient truth.

It was tense. Women were taking turns telling their #metoo stories. They demanded all victims be heard. But when Annabelle Rutledge, a CWA staffer, told her story, all of a sudden, they shouted at her angrily, shutting her down and calling her a liar.

Expect more of this.

Truth and facts and the nominee and his or her record have little to do with what is to come.

The left just feels. And they will let you know it.

Senators, like parents, must ignore the tantrums. The Constitution sets a process. They have a charge. They must execute.