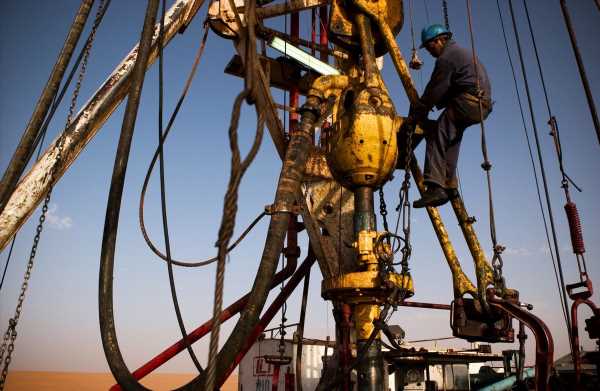 Russia said it welcomed a contested deal that would allow Libya to resume oil exports halted by a blockade at the start of the year, with revenue distributed across the divided nation.

Deputy Prime Minister Ahmed Maiteeq reached the accord last week at a meeting in Sochi, Russia, with military commander Khalifa Haftar’s son and representatives from oil-rich eastern Libya. They also agreed to form a special commission to resolve conflicts. Haftar’s forces locked down fields and ports in January.

“We welcome this decision,” the Foreign Ministry in Moscow said on its website on Saturday. “We regard it as the first step toward building trust between the warring factions in Libya. It is assumed that the proceeds from its implementation will be fairly distributed among all regions of the country.”

Libyan Prime Minister Fayez al-Sarraj hasn’t accepted the agreement, casting doubt on any imminent resumption of production. Maiteeq, who is often at odds with Sarraj, was stopped by other members of government from visiting Sirte, a city by held by Haftar, to sign the agreement on Friday.

To read more on this: Libya’s Sarraj Balks at Deal With Haftar to Restart Oil Output

Despite having Africa’s largest crude reserves, Libya may struggle to ramp up production quickly even if the conflict has abated. Its oil industry is crumbling after more than nine years of neglected maintenance amid a civil war that’s killed thousands and destroyed towns across the country. The lack of basic servicing has left pipelines corroding and storage tanks collapsing.