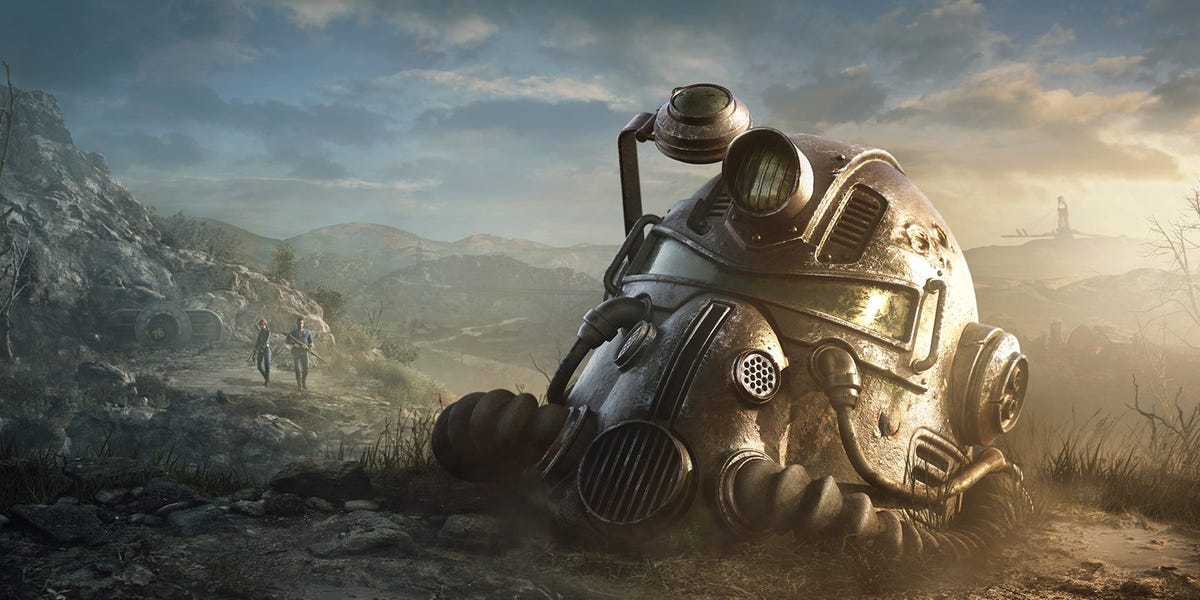 Just days after Sony announced pricing for the PlayStation 5, Microsoft revealed a huge surprise on Monday morning: The acquisition of the massive game publisher behind franchises like "Fallout," "The Elder Scrolls," and "Doom" in a deal worth $7.5 billion in cash.

The deal for the conglomerate ZeniMax Media and its games publisher Bethesda Softworks will incorporate several major video-game-development studios under Microsoft's Xbox Studios umbrella, as well as the major game franchises they oversee.

Critically, Bethesda Softworks and its myriad games are multiplatform — the company creates and publishes games for Microsoft, Sony, and Nintendo platforms. Bethesda also has major games on PC, Mac, and smartphones.

The acquisition by Microsoft is likely to change that for good.

In an email exchange with Business Insider, Wedbush managing director Michael Pachter said it was "unlikely" that Microsoft will publish the forthcoming entries to major franchises on Sony's PlayStation 5 or Nintendo's Switch "after 2021." For the time being, Bethesda is likely to have contractual obligations to Sony for upcoming games that are already in production.

One such game, "Deathloop," is a so-called "timed exclusive"  on Sony's PlayStation 5 — meaning it wouldn't come to Microsoft's Xbox Series S and Series X consoles until some point after launch. "Deathloop" was highlighted as recently as last week by Sony as a big upcoming PlayStation 5 game.

That game appears to still be coming to the PlayStation 5 as an exclusive, despite the acquisition, according to Xbox head Phil Spencer.

Microsoft has been on a spending spree

With the exception of the "Minecraft" franchise, which Microsoft acquired for $2.5 billion in September 2014, the studios that Microsoft has purchased in the last several years are dedicated to creating games for the Xbox and PC platforms.

Obsidian Entertainment, for instance, was acquired in late 2018. Though its first game under Microsoft was a multiplatform effort that launched on the PlayStation 4, the two games after that are exclusive to Microsoft's Xbox and PC storefronts.

Across the last seven years, as the Xbox One and PlayStation 4 have gone head to head, Microsoft's Xbox has struggled to compete with Sony's PlayStation in terms of big exclusive games.

Sony's PlayStation 4 boasts a vast portfolio of critically and commercially successful games — including "God of War," "Marvel's Spider-Man," "The Last of Us: Part II," and "Bloodborne" — that can only be played on the PlayStation 4. Microsoft's Xbox One, on the other hand, only has a handful of such games ("Gears 5," "Sea of Thieves," and "Halo: The Master Chief Collection"), and they can all still be played on PC if you'd prefer.

The rise of Game Pass

Instead, Microsoft has gone a different route.

Its focus is on a new service named Xbox Game Pass, which offers a Netflix-like library of games that can be downloaded to your Xbox/PC or played remotely via the cloud on Android smartphones. Game Pass charges a monthly subscription that starts at $10, and includes all of Microsoft's first-party games at launch.

It is, in short, a tremendously good deal for consumers — and with over 15 million paid users as of an announcement that also came on Monday morning, Game Pass has been the most successful of Microsoft's recent major pushes for Xbox against the dominance of the PlayStation.

It's this service in particular that Microsoft intends to bolster with the purchase of Bethesda Softworks.

"We will be adding Bethesda's iconic franchises to Xbox Game Pass for console and PC," Spencer said in the acquisition announcement post. Moreover, those games will arrive on the Game Pass service on the same day they launch otherwise for the next-gen Xbox consoles and PC — games like the highly-anticipated "The Elder Scrolls VI," and "Starfield," and whatever's next in the "Fallout" franchise.

And they probably won't arrive on the PlayStation 5.