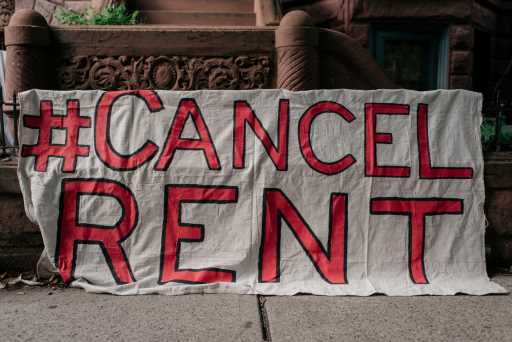 Mom-and-pop landlords are in a worse financial position relative to their higher-earning peers as unemployment remains elevated and Americans continue to struggle to pay rent, according to a new analysis.

Roughly a third of individual landlords who own residential property are from low- to moderate-income households (those with incomes of less than $90,000 a year), according to researchers at the Hamilton Project, an economic policy arm of the Brookings Institution, a left-leaning think tank.

Such landlords derive a greater share of their income from rent relative to others.

This dynamic is concerning, as millions of workers remain unemployed and may have trouble paying their rent from month to month, which may place disproportionate strain on mom-and-pop landlords, according to Wendy Edelberg, director of the Hamilton Project and a co-author of the analysis.

More than 8 million Americans hadn't paid last month's rent, according to a Census Bureau survey conducted at the end of August. About 77% reported loss of employment income in their household.

Meanwhile, about 14.5 million renters said they had no confidence or slight confidence in their ability to make next month's payment, according to the Census Bureau.

"While landlords may be managing short-term reductions in rental payments, continued partial payment or non-payment could force some into forbearance or foreclosure," the Government Accountability Office said Monday in a report.

More from Personal Finance:
Still no stimulus check? These IRS deadlines could apply to you
Many are day trading in the pandemic. It could end badly
Recession ends for the rich but is far from over for others

Further, many of these mom-and-pop landlords may be out of work themselves, placing further stress on household finances, Edelberg said.

To that point, lower earners were much more likely to be unemployed as a result of the economic fallout of the coronavirus pandemic.

Employment among workers making less than $14 an hour remained 25% below pre-pandemic levels as of mid-August, according to an analysis by Opportunity Insights. By comparison, the top half of wage earners (those making more than $20 an hour) were right around break-even.

Unemployed individuals stopped receiving a $600-a-week federal enhancement to jobless benefits at the end of July.

States recently started paying out an extra $300 a week offered through a federal Lost Wages Assistance program, but that funding only lasts for up to six weeks. Some states have already issued that funding in full.

The Centers for Disease Control and Prevention issued a ban on evictions earlier this month for most people struggling to pay their rent.

That followed an earlier, narrower ban through the CARES Act relief law that applied to renters living in any property with a federally backed mortgage or tenants living in rental units participating in certain federal programs. That policy ended at the end of July.

The CDC moratorium "does not address longer-term issues, including how affected renters would pay their rent (including back rent and other housing expenses, such as utilities) or how landlords would pay their mortgages," the GAO report said.