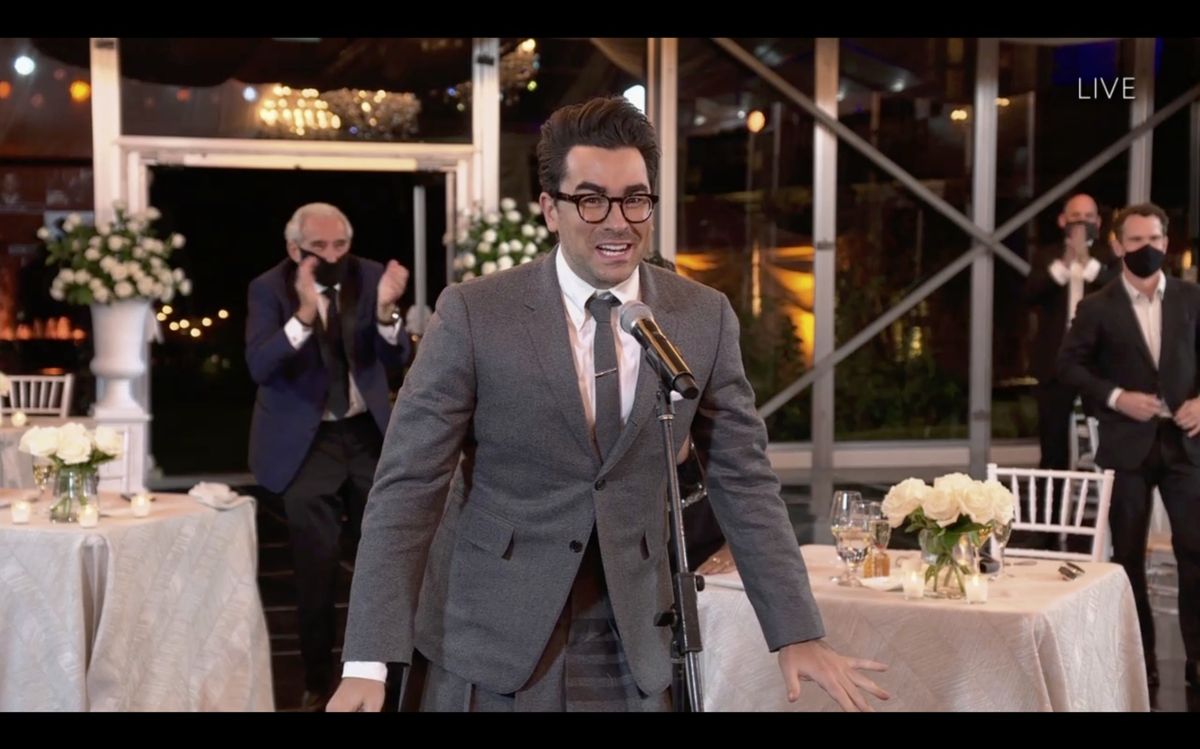 “Schitt’s Creek” swept the Emmy Awards for comedy on Sunday night, capping its rise from a Canadian sitcom with a cult following to one of the most celebrated shows on TV.

Created by Daniel Levy, “Schitt’s Creek” portrays a rich family that loses everything and moves to the titular small town. The show won seven Emmy awards on Sunday night, including best comedy, best writing and all the related acting prizes.

“Schitt’s Creek” originally aired on the Canadian broadcaster CBC, followed by a run on Pop TV, a cable network owned by ViacomCBS Inc. While well-received from the start, the show gained the attention of many more viewers and critics after it appeared on Netflix Inc. in early 2017.

“I just wanna say thank you to my dad for giving me the reins to this show even though I didn’t have any experience in a writer’s room,” said Daniel Levy, the son of veteran actor Eugene Levy.

His father, who won the best-actor comedy Emmy for playing the “Schitt’s Creek” patriarch Johnny Rose, thanked Netflix for the “spark that seemed to start everything.”

The Television Academy kicked off the 2020 Emmy Awards by handing out all the comedy prizes at first, one of many unorthodox steps during the show. Comedian Jimmy Kimmel hosted the show from a mostly empty auditorium, while winners appeared live via video from their homes.

“We are attempting to do something that’s never been attempted before,” Kimmel said. “You know how hard it is to get your parents to FaceTime? Multiply that by a lot.”

Kimmel also addressed one of the elephants in the room: Why have an awards show in the middle of a pandemic? “What’s happening tonight is unimportant; it’s not going to stop Covid or put out fires,” he said. “But it’s fun, and my God, do we need fun.”