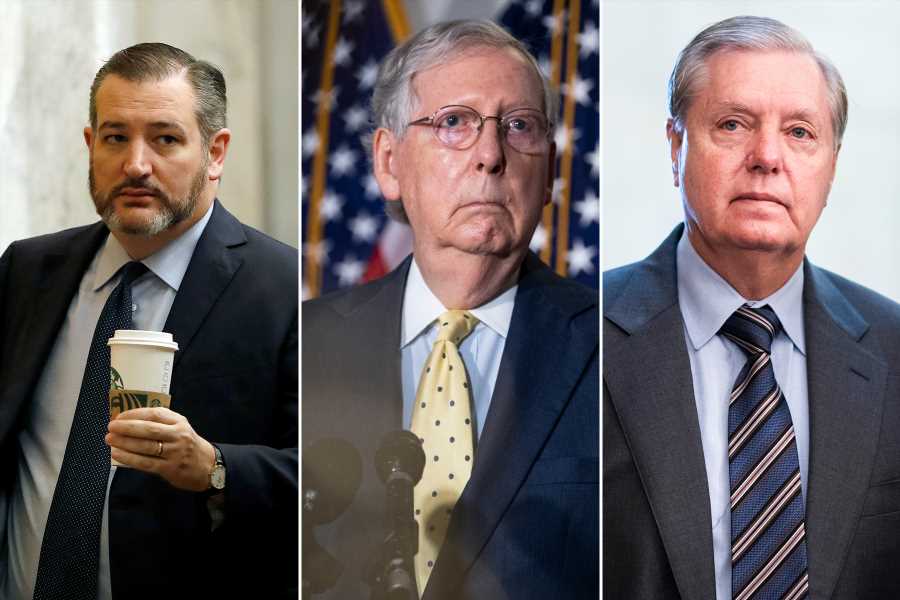 A Supreme Court seat has opened in an election year, and you’ll never guess who is strongly in favor of filling it — all of the people who were against it last time. Senate Majority Leader Mitch McConnell and his Republican colleagues would like to fill the vacancy created by Ruth Bader Ginsburg’s death, despite the fact that they spent the better part of 2016 vehemently opposing the idea of having a Supreme Court fight so close to ballot-casting time. (For reference, Antonin Scalia’s unexpected death was 269 days before the 2016 election; Ginsburg’s just 46.)

It’s the Democrats’ job to be pointing out the hypocrisy here, but a group of current and former GOPers have beaten them to the punch. An ad put out Monday by the Lincoln Project, an anti-Trump political action committee, cuts together clips of Republican senators articulating their firm belief that the American people should have a say in who the next Supreme Court justice is.

The Lincoln Project was founded by a group of repentant Republicans that includes Kellyanne Conway’s husband, George Conway, former John McCain aide Steve Schmidt, and the Never Trumper Rick Wilson. The PAC’s newest ad certainly won’t help their future job prospects. (Not that they had any hope of gigs in GOP world — as one faceless campaign consultant told Rolling Stone a few months ago, “There’s no coming back for these Lincoln Project motherfuckers, it doesn’t matter what’s next.”)

Republican Senator Thom Tillis (presently locked in a tough re-election battle with Democrat Cal Cunningham) declares in one clip from the video: “It is essential to the institution of the Senate and to the very health of our republic to not launch our nation into a partisan, divisive confirmation battle during the very same time the American people are casting their ballots to elect our next president.”

Donald Trump Has Nothing Left to Say. He Could Still Win Anyway

Trump's Saturday Night Rally Was a Super-Spreader of Stupidity

30 Best Sports Movies of All Time

Sen. John Cornyn, who is being challenged by MJ Hegar in Texas, says, “It’s up to the American people in this next election to make the nomination for this important seat on the Supreme Court.” (Coryn’s colleague and fellow Texan Sen. Ted Cruz notes that “For the last 80 years, the Senate has not confirmed any nominee nominated during an election year and we should not do so this time either… That’s the right thing to do and it’s the respect the American people are owed.”)

Sen. Lindsey Graham of South Carolina says: “If there is a Republican president in 2016, and a vacancy occurs in the last year of the first term, you can say Lindsey Graham said ‘Let’s let the next president, whoever that may be, make that nomination and you could use my words against me and you’d be absolutely right.” Graham, who is in a surprisingly competitive race with Democrat Jamie Harrison, is getting his wish.