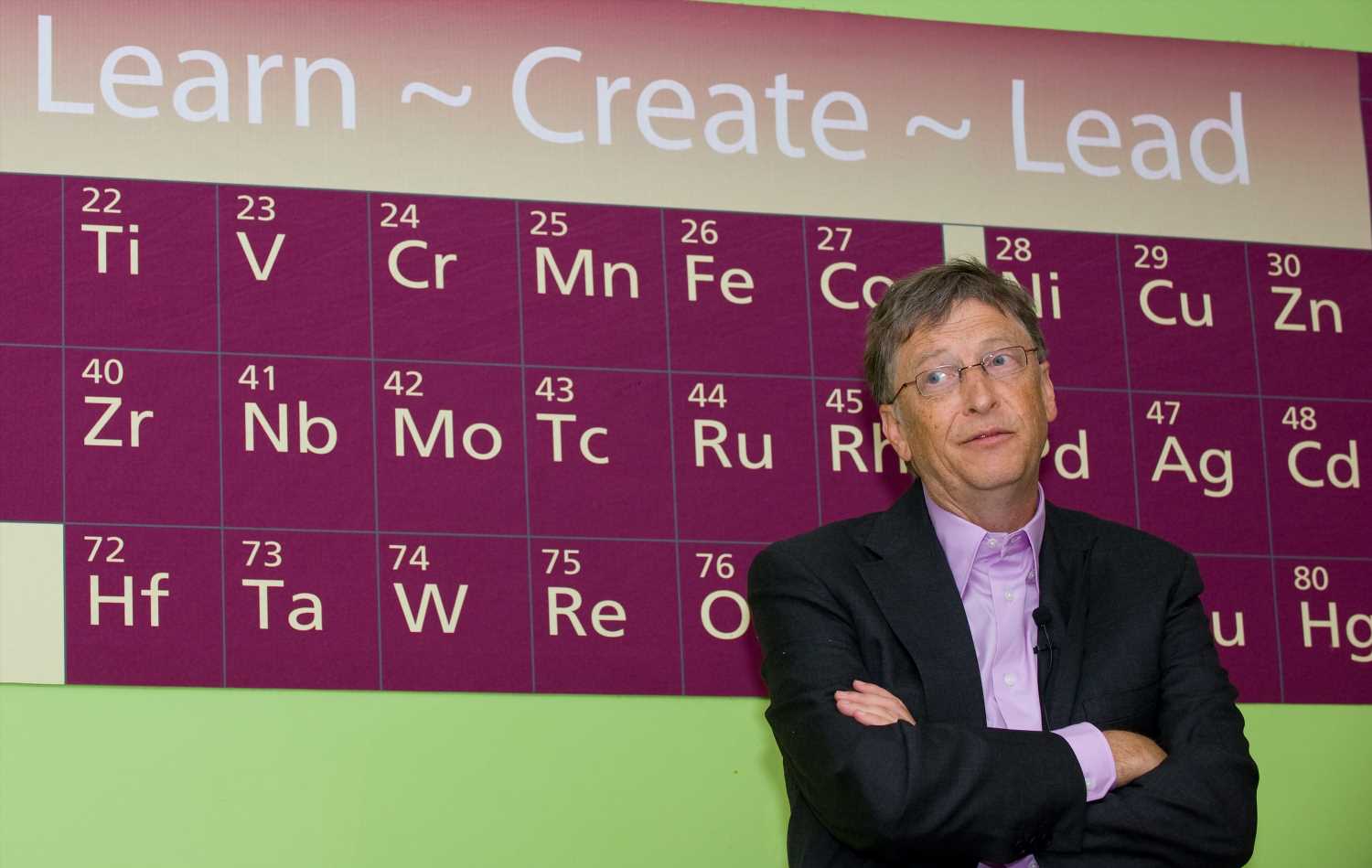 There have been almost 200,000 deaths in the United States due to the coronavirus pandemic. And now, wildfires raging across the Western seaboard have killed dozens, burned over 3.6 million acres of land and over 6,400 structures. Residents have been cooped up inside to avoid polluted air.

This is a crisis that even the titans of technology and innovation say they're not able to fix on their own.

What the U.S. needs is for the federal government to spend more money on science, according to several billionaire tech leaders.

"Let's imagine a future pandemic — I'm sorry to be the bearer of bad news, but there will certainly be one. And let's imagine that a global competitor, such as China, not only invents the solution, but keeps it to themselves," former Google CEO Eric Schmidt wrote in a Medium blog post on September 14, published alongside his new podcast, Reimagine with Eric Schmidt. "How would we feel?"

Protecting the U.S. from a future pandemic requires money.

"There's a problem. Science funding in the United States is at a low point. In fact, it's the lowest it's been since 1957. Only 0.7% of our [gross domestic product] is spent on federal research and development," Schmidt continued. "For context, science funding hasn't been that low since before Sputnik." (Sputnik was the "world's first artificial satellite," launched by the Soviet Union on October 4, 1957.)

Indeed, an analysis from the Washington D.C.-based American Association for the Advancement of Science confirms that federal research and development (R&D) spending as a percent of GDP is 0.7% in the government's fiscal year 2020, and has been trending lower since the 1970s.

(Chart: The American Association for the Advancement of Science Research and Development Budget and Policy Program)

"While some corporations are trying to make up the gap, there's no alternative for long-term, stable, federal and state funding for our universities … Science needs our support for society to thrive," Schmidt wrote.

As to where the federal funding ought to come from, Schmidt says that's a job for lawmakers. "Federal R&D funding (as a percentage of GDP) has declined since the 1960s, so the U.S. should be focused on restoring our commitment to R&D — a minor increase in the context of our total federal budget," Schmidt tells CNBC Make It, via a spokesperson. "Developing that budget is the job of the President, the [Office of Management and Budget] Director, and the Congress."

Schmidt did say, however, that "one possible model that has had bipartisan support is the 21st Century Cures Act." In that instance, "we saw both Democrats and Republicans identify offsets to pay for a 10-year increase in the [National Institutes of Health] budget." (When the government identifies areas it wants to increase spending in, it must also find places in the federal budget to cut the budget, and that reduction in funding from one place to pay for the spending elsewhere is called an "offset" on Capitol Hill among lawmakers.)

"If we want to avoid a climate disaster, we need a technological transformation on a scale and at a speed we haven't yet seen," Gates said in a statement in the report. "That's going to take governments, researchers, public and private institutions working together and investing in the innovations we need to achieve net-zero greenhouse gas emissions."

"When it comes to R&D," the Microsoft co-founder noted, "it's hard to overstate the importance of public investment."

"Government funding is especially important to ensure scientists have the space and the freedom they need to test out bold new ideas and keep working on the ones that have the most promise for the future," he continued. "That kind of risk-tolerant commitment is how we developed lifesaving vaccines and disease treatments, made revolutionary breakthroughs like the information technology that led to the Internet, and what put people on the moon more than 50 years ago."

Meanwhile, government investment in science spurs economic activity, according to an analysis by PricewaterhouseCoopers (commissioned by Breakthrough Energy Ventures).

"In 2018, federal funding of $131 billion for R&D investment directly provided 445,800 jobs for American workers, paid $50.9 billion in wages, salaries and fringe benefits and proprietors' income, and generated $70.6 billion in GDP and $13.0 billion in tax payments to federal, state, and local governments," the analysis showed.

Further, a small increase in R&D spending would have a tremendous impact on the economy, PricewaterhouseCoopers found: "Estimating economic impacts under a scenario in which federal funding for R&D investment grows from 0.6% of GDP in 2018 to 1.0% of GDP in 2030, we find federal R&D investment would directly and indirectly support 2.7 million annual jobs on average over the period 2021 to 2030, and cumulatively support $2.3 trillion of labor income, $3.7 trillion in value added, and $622.9 billion in tax payments."

To the idea that the federal government should be investing more heavily in R&D, a White House spokesperson did not comment by the time this story was published.

On Sept. 14., however, President Donald Trump challenged the idea of climate change during a meeting with Wade Crowfoot, California's secretary for natural resource.

To this, Trump challenged the validity of science: "OK, well, I don't think science knows, actually."

Check out: Americans spend over $5,000 a year on groceries—save hundreds at supermarkets with these cards