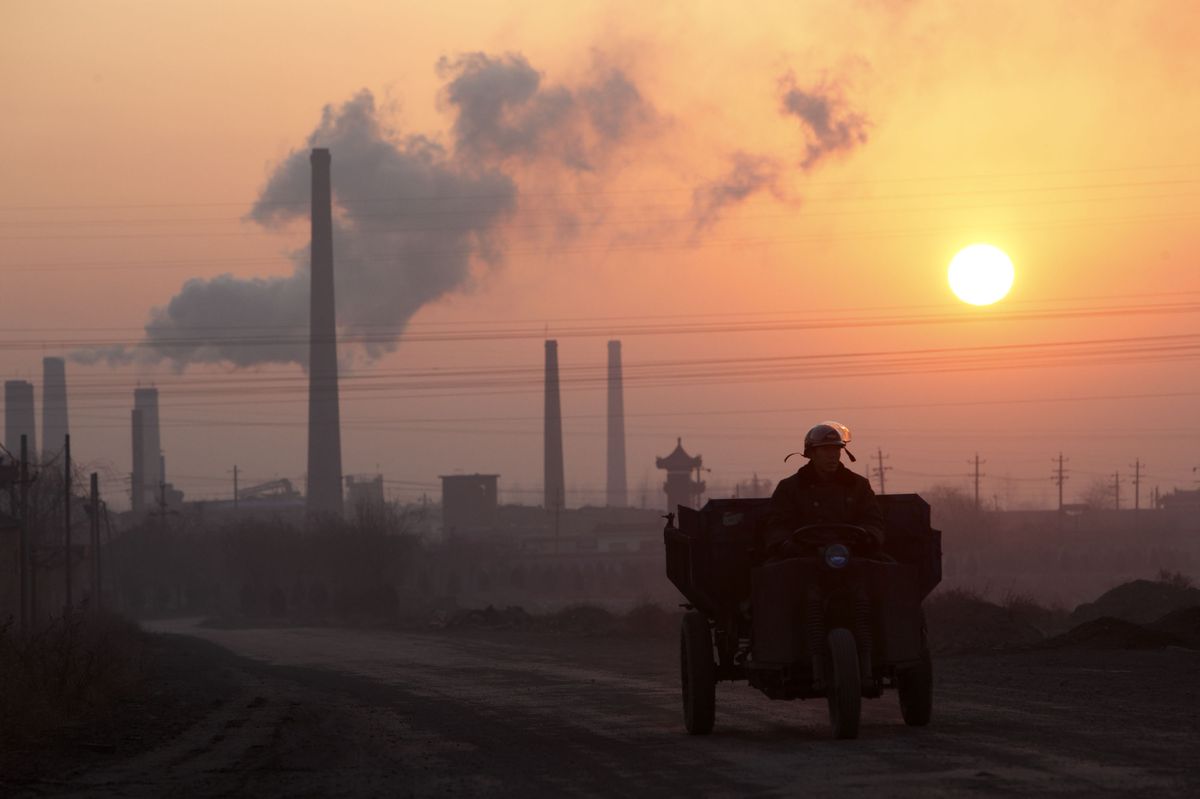 Less than an hour after U.S. President Donald Trump took to the virtual floor of the United Nations General Assembly and slammed China for its environmental record, China’s President Xi Jinping stunned the climate community by pledging that it would become carbon neutral by 2060.

The two nearly back-to-back speeches provided a marked and powerful contrast. There are still many questions to be answered about China’s plan—most importantly how the country will define carbon neutrality. But the bare fact that China, by far the world’s biggest source of greenhouse gas emissions, has set out a net-zero pledge ahead of the U.S. shows how hard Beijing is striving to put itself at the center of global politics and the economic shift to clean energy—something Washington has been unwilling to do.

“Although the European Union is surely in first place in terms of ambition among the major parties to the Paris Agreement, China is at least increasing its ambition, which is far more than can be said about the United States, at this time,” said Robert Stavins, a Harvard economist and director of the Harvard Project on Climate Agreements.

Trump also framed climate in geopolitical terms during his remarks to the assembly. “Those who attack America’s exceptional environmental record while ignoring China’s rampant pollution are not interested in the environment,” Trump said. “They only want to punish America, and I will not stand for it.” He also praised his own decision to withdraw from the 2015 Paris Agreement, a non-binding resolution to keep the globe from warming more 2° Celsius compared to pre-industrial times. Most of the world’s nations are members of the agreement, including China. The U.S. withdrawal will become official on Nov. 4, one day after a general election that will determine whether Trump will stay in office for another term.

China first committed in 2015 to reaching peak carbon emissions before 2030, a goal Xi reiterated in his speech on Tuesday. This was the first time, however, that the president had discussed zeroing out emissions. Today, the country is responsible for 28% of global greenhouse gas emissions.

All Paris signatories are required to update their commitments under the agreement before the end of the year, and China could release more details on its climate plans at that time. The country’s leadership is also set to reveal more about its path toward cutting emissions as part of its five-year plan for 2021 to 2025, which will be released next month, with details to be made public in March of next year.

The Asian giant’s pledge follows months of talks with the European Union, which has been leading global efforts to cut emissions both with its carbon neutrality pledge and with the world’s greenest recovery package. Last week, the two sides agreed to establish a High-Level Environment and Climate Dialogue to pursue ambitious joint commitments on peaking carbon emissions and achieving climate neutrality.

European officials were also expected to press China to toughen its climate goals, according to two officials who spoke to Bloomberg News before the meeting on the condition of anonymity. The European Union wanted Chinese emissions to peak by 2025 instead of the country’s target date of 2030. The bloc also wanted China to stop building coal-fired power plants at home and financing them abroad, the people said.

Whether or not China’s climate plans include putting limits on its coal power financing is another key question. The country wields enormous influence around the world through its Belt and Road initiative. Coal-fired power generation in Pakistan rose 57% in the fiscal year ended this past June, for instance, largely on the back of Chinese investments.

China also leads the world in the deployment of clean-energy technologies. To reach net-zero emissions in less than three decades, the country will have to double down on them. That, in turn, will make them cheaper and enable other countries to set even more ambitious climate goals.

“China may still be building coal-fired power plants, but momentum is slowing and will soon grind to a halt as the pathetic economics of new coal is exposed,” said Cameron Hepburn, director of the Smith School of Enterprise and the Environment, University of Oxford. “In the meantime, China has become a wind, solar and battery superpower, with hydrogen now in its sights.”

Climate researchers will spend the next weeks and months trying to understand what a net-zero China in 2060 means for the likelihood of staying below the Paris Agreement limit, or the more ambitious 1.5°C ceiling set out in a 2018 report from the UN’s Intergovernmental Panel on Climate Change. The IPCC report was clear that the world needs to halve carbon dioxide emissions by 2030 and zero them out by 2050. That’s true for individual nations as well as the aggregate.

“You can’t get to 2060 without going through 2030,” said David Waskow, director of the International Climate Initiative at the World Resources Institute. But if the world needs to eliminate carbon emissions by 2050, “some developed countries would need to get there sooner than 2050 in order to balance things out.”

Byford Tsang, a senior policy adviser at European climate think tank E3G, is suspending judgment on China’s plan for the time being. “We need to wait for the details to be fleshed out before we can fully assess China’s new targets,” he said. “A quantitative target would be an important showcase of new commitment.” China would need to specify the percentage of emissions it wants to cut by a given year on the way to neutrality, Tsang said, similar to what the EU did last week, when it updated its target to cutting 55% of greenhouse gas emissions by 2030.

Zeke Hausfather, director of climate and energy at the Breakthrough Institute, isn’t questioning the global superpower’s ability to reach these goals if it’s truly committed. “If China is serious, it would be the single biggest piece of climate news in the last decade, in terms of actual impact on emissions and future warming,” he said, adding: “The political environment in China is such that, if the central government really wants to get something done, they can move heaven and earth to get it done.”