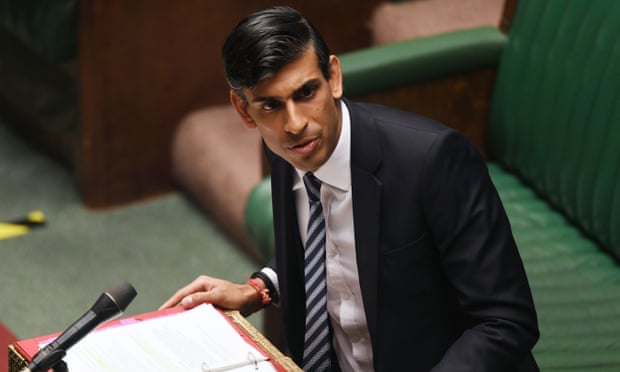 Rishi Sunak is to announce an extension of business loan schemes and a package of employment support to replace the government’s furlough scheme, which is due to end next month.

The chancellor will lay out new measures in a statement to parliament on Thursday, a day after he scrapped plans for an autumn budget in order to focus on the immediate economic crisis caused by the Covid-19 pandemic.

Sunak axes budget in scramble for urgent measures to save jobs

The health secretary, Matt Hancock, said on Thursday morning the economic support to replace the furlough scheme had been set in train since the summer.

Asked why the chancellor had waited until almost October to announce the measures, Hancock said: “We’ve said throughout that sadly we’re not able to protect every job and every business.

“But I think in terms of the timing of this, we’ve been working on the winter plan for the economy and options in case cases started to go up again since the summer and with the prime minister having set out the next steps in terms of the health side on Tuesday, now the chancellor is coming to the House today – two days later – to set out the economic package for the winter plan that goes with that.”

Scrapping the planned autumn budget on Wednesday, Sunak said he would announce the details of a “winter economy plan” that would “continue protecting jobs” as Britain entered a new phase of the pandemic.

The Guardian revealed on Tuesday that one option being weighed by Sunak to replace the furlough scheme is a package of wage subsidies for employees put on short-time work of the sort already operating in Germany. Sunak, however, will say that his plans are custom-made to suit the UK’s current needs rather than a straight lift from another country.

It comes as pressure increases on the chancellor to act after Boris Johnson announced new restrictions on business and social life earlier this week.

“No one wanted to be in this situation but we need to respond to it,” a Treasury source said. “The chancellor has shown he has been creative in the past and we hope that people will trust us to continue in that vein. Giving people reassurance and businesses the help they need to get through this is uppermost in his mind.”

Against a backdrop of rising job losses and a worsening growth outlook, business groups, Labour and trade unions said Sunak urgently needed to step back from ending the furlough, or at least replace the jobs programme with a successor scheme.

The Labour leader, Keir Starmer, said the country needed a plan B for the economy and that he had offered to help Johnson come up with one, adding: “It makes no sense to bring in new restrictions at the same time as phasing out support for jobs and businesses.”

A significant number of senior Tory MPs have also lobbied the chancellor for extra business support, including the chair of the culture select committee, Julian Knight, and the former sports minister Tracey Crouch.