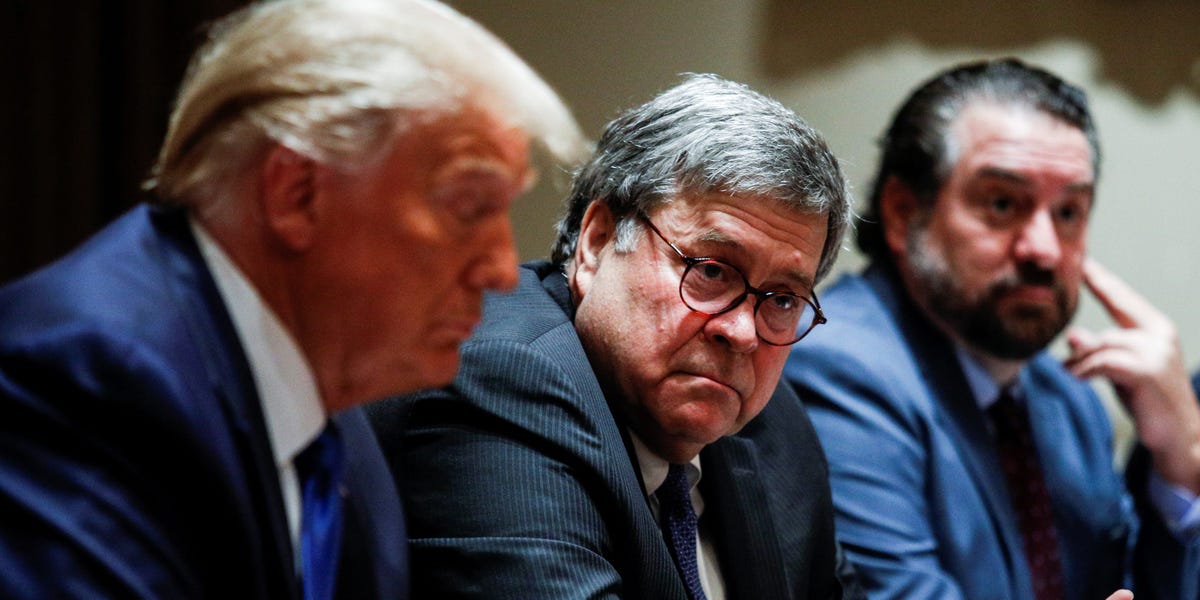 President Trump is ramping up the pressure on social media companies.

At a White House event on Wednesday, Attorney General William Barr announced the DOJ had submitted legislation to reform Section 230 of the Communications Decency Act of 1996.

Barr did not elaborate on what powers the legislation would give the government to force tech companies to show their decision-making process for removing content.

Section 230 is the part of US law that gives internet companies the power to moderate what appears on their platform while also shielding them from legal liability for illegal content posted by users.

The legislation follows an executive order President Trump issued in May just two days after Twitter placed a fact-check on two of his tweets about mail-in voting.

The order sought to empower federal regulators to amend Section 230 and investigate allegations of anti-conservative bias against social media companies. Claiming tech firms are biased against the right-wing is a common conservative talking point, though there is scant evidence of any such bias.

Trump's order is the subject of two lawsuits that allege it infringes on users' and companies' First Amendment rights.

Alongside the DOJ's proposed legislation, Trump has been trying to push the executive order through the Federal Communications Commission (FCC) by nominating a new commissioner to replace current Republican Commissioner Mike O'Rielly, who has voiced opposition to the order on First Amendment grounds.

"In recent years, a small group of powerful technology platforms have tightened their grip over commerce and communications in America," Trump said, adding that he believed tech companies have become intolerant of conservative voices on their platforms at the "urging of the radical left."