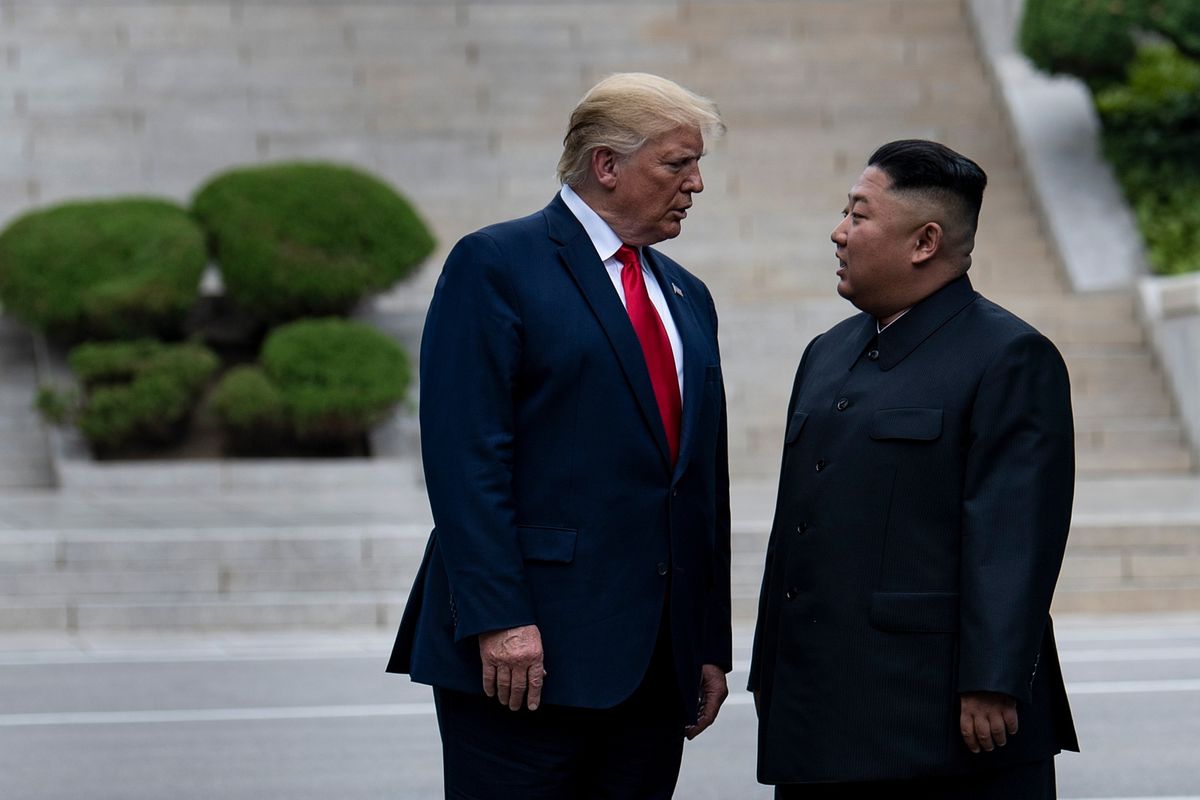 After months of relative silence, North Korea has begun to stir in recent weeks, with signs that the regime is preparing for a fresh flourish of military might. That’s stoked speculation that Kim might be planning an October surprise for President Donald Trump before the U.S. leader faces re-election on Nov. 3.

North Korea clearly favors Trump, extolling his “mysteriously wonderful” chemistry with Kim, while denouncing Democratic nominee Joe Biden as a “rabid dog” whose candidacy is “enough to make a cat laugh.” Still, Kim may want to use the election spotlight to press his case for a deal to relax the international sanctions keeping his economy in recession.

The North Korean regime has a history stretching back decades of timing provocations around U.S. elections to grab maximum attention, according to a study by Beyond Parallel. The stakes may be one reason why South Korean President Moon Jae-in made a fresh plea for peace at the United Nations this week.

Here’s some things to watch out for in October:

Satellite images indicate that Kim is drilling for a military parade, expected to coincide with its massive celebration for the 75th anniversary of its ruling Workers’ Party on Oct. 10. Recent imagery indicates a probable missile-related transport vehicle is near the training ground, the 38 North website said this week.

North Korea has used these parades before to show off its latest missiles. The one to watch this time would be an intercontinental ballistic missile that incorporates solid-fuel technology. This type of missile would be quicker to deploy and launch than the current liquid-fuel models — giving the U.S. less time to take it out on the pad or ready itself to intercept the rocket in the air.

Rolling out such a weapon now would show whoever wins the election that North Korea is increasing its ability to deliver a nuclear warhead that can hit the U.S. mainland. It would also undermine Trump’s assertion that his diplomacy made sure North Korea was “no longer a nuclear threat.”

Satellite imagery also shows increased activity around the Sinpo Shipyard where North Korea has been building a new submarine that could launch nuclear-capable missiles, according to 38 North. Just one submarine — even a relatively low-tech noisy one — lurking off the Korean Peninsula, would give U.S. military planners a dangerous new threat to consider in the event of any conflict.

With an October launch, Kim would signal that he is raising the costs of any American-led military action and reducing Washington’s leverage toward eliminating his nuclear arsenal. This could also make good on Kim’s new year’s threat to deploy a “new strategic weapon.”

North Korea has also been developing a new missile designed to be launched from a submarine, a necessary step to making Kim’s fleet a credible nuclear threat. A year ago, it launched a solid-fuel Pukguksong-3 missile from an underwater platform, demonstrating an estimated maximum range of about 1,900 kilometers (1,181 miles).

The next step would be to launch one from a submarine. While Trump played down the last launch, a proven sub-launched weapon increases North Korea’s ability to fire missiles at sea and puts pressure on the U.S. to offer up concessions if the two sides ever get back to nuclear negotiations.

There’s an October surprise of another sort: Trump and Kim could reopen talks. The U.S. president, who has touted his personal diplomacy with Kim as one of his most significant diplomatic achievements, could try to burnish those credentials with a fourth face-to-face meeting.

Kim has his own incentives to make concessions and help re-elect Trump, who has shrugged off the regime’s missile tests and criticized the presence of American troops on the Korean Peninsula. South Korea’s Chosun Ilbo newspaper speculated earlier this month, without citing anyone, that Kim’s younger sister, Kim Yo Jong, might visit Washington as her brother’s envoy, the first time a member of the ruling family has been to the U.S.

5. The Sound of Silence

Then, again Kim Jong Un could just continue to bide his time. The regime has been especially erratic this year, halting a record run of missile launches only to suddenly blow up liaison office that South Korea built to serve as a de facto embassy between the two sides.

In June, North Korea’s foreign minister said the country saw no benefit to engaging in talks with the U.S., accusing Washington of breaking its word made at the first summit between Trump and Kim. Meanwhile, North Korea has been busy building a stockpile of fissile materials and warheads, making itself a more powerful foe for whoever wins the race for the White House.

— With assistance by Jeong-Ho Lee