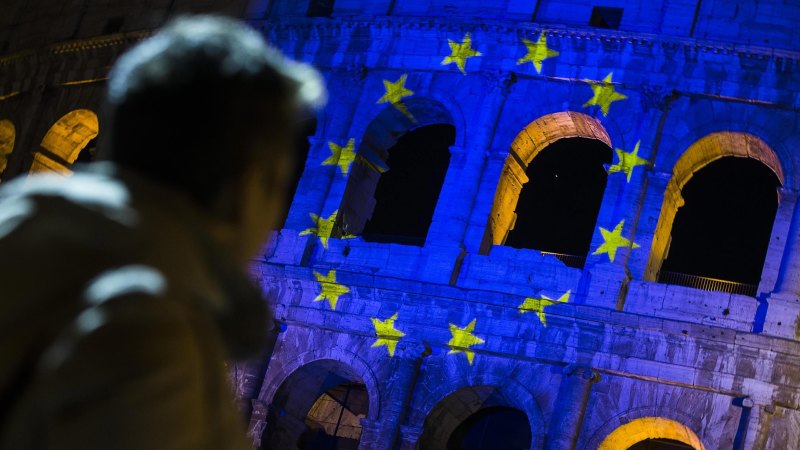 No Italian government has ever had so much cash at its disposal as Prime Minister Giuseppe Conte – enough possibly to transform the region's laggard economy.

But if that fiscal hoard swelled by European Union rescue funds and central bank-backed cheap borrowing is spent unwisely, it could become the biggest missed opportunity of a generation.

Avoiding that outcome is the test confronting Conte and his finance minister, Roberto Gualtieri. While targeting a revamp of the economy, they face pressure to throw funds at protecting existing jobs rather than investing in new ones, expanding the role of the state despite a troubled history of such policies in the country. 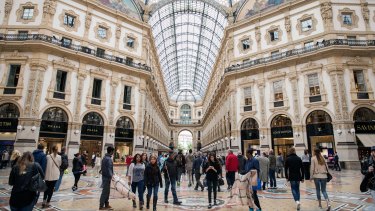 The Italian economy has been crippled by the pandemic but EU aid gives it an opportunity to rebuild it. Credit:Bloomberg

"In Italy, too many people think that any kind of public expenditure can boost output," said Riccardo Puglisi, economics professor at the University of Pavia. "This increases the risk that recovery-fund money is not used properly and efficiently."

The fiscal windfall that Italy's governing class is about to sink its teeth into is staggering. Gone are the days of haggling over 0.1 per cent budget deviations with Brussels officials concerned about burgeoning borrowings that are now well on the way to exceed 150 per cent of gross domestic product.

The country stands ready to receive as much as $US248 billion ($351 billion) in EU aid funded by jointly issued debt to help its post-coronavirus reconstruction.

Further bolstering its public finances are European Central Bank efforts to keep borrowing costs low. That help allowed Conte to spend €100 billion ($165 billion) in stimulus on a battered economy that analysts anticipate may contract as much as 10 per cent this year. The yield on Italian 10-year bonds has more than halved since the peak of the pandemic in mid-March.

Thirty-year yields reached and all time low on Wednesday as investors snapped up securities following regional elections in which the governing coalition staved off a challenge from Matteo Salvini's League party.

"Italy will have billions in its pockets," said Paolo Pizzoli, a senior economist at ING Bank. The government "needs to show it is not only able to access European Union funds, but also to focus spending effectively to ultimately boost growth."

With strict strings attached to E.U. money, officials intend to use it to boost growth to at least 1.6 per cent a year and increase employment by 10 percentage points from the 2019 tally of 63.5 per cent to bridge the gap with regional peers, according to draft guidelines seen by Bloomberg.

In Italy, too many people think that any kind of public expenditure can boost output. This increases the risk that recovery-fund money is not used properly and efficiently.

The plan is to invest in digitalisation, a unified ultra-broadband network, innovation, education, more efficient infrastructure, a green economy, and also reforms of the judicial system and state bureaucracy.

"It's a once-in-a-lifetime opportunity to exit a long period of stagnation," Gualtieri told lawmakers last week.

That ambitious growth agenda is pulling in one direction, while the government's own spending plans for the rest of its budget are pulling in another. Conte's coalition of the left-wing Democratic Party and the populist Five Star Movement – newly emboldened after holding its ground in local elections this week – is increasingly tending toward state aid and government intervention.

The premier has pushed for the creation of a single broadband network company, halting the sale by Telecom Italia SpA of a minority stake in its network. He has also pressured the Benetton family's Atlantia holding company to sell its 88 per cent stake in toll road operator Autostrade per l'Italia. Meanwhile Gualtieri has publicly favoured a sale of the Italian Stock Exchange and its MTS bond market to a European company. 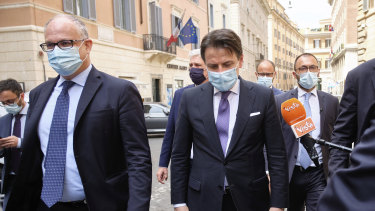 The government wants the state-backed lender, Cassa Depositi e Prestiti, to take stakes in all three enterprises, and it has also set up a new publicly controlled company to run failed airline Alitalia SpA. Italy has seen such measures before, but not for a while.

"The successful Italian economy of the 1950s, which was a mixed system – with strong government involvement in companies through a vehicle called IRI – worked for a time but degenerated quickly into cronyism and wasting public funds," said Giovanni Orsina head of LUISS University's School of Government in Rome. "Regenerating that system for all the wrong reasons is not the solution."

The Institute for Industrial Reconstruction – known as IRI – was a state company established by the fascists in 1933. It helped rebuilding after the war, constructing roads and the phone network, and was once Italy's biggest employer.

If Cassa Depositi becomes a revamped version of that, it would ultimately turn back the clock, reversing decades of economic policy since IRI was dissolved during a sell-off of assets in the 1990s.

"We hope the government will use the funds to boost competitiveness with a market approach rather than acting as a nanny state," said Paolo Magni, partner at Alpha Group, a private equity fund with €2 billion of assets under management in Italy.

For Orsina, such an outcome would prolong Italy's history of failing to deliver on economic reforms, hampered by special interests and a political cycle with frequent elections.

"Politicians gain very little from long-term planning and very much from spending on solutions that increase their power and popularity," he said. "The country is condemned to short-termism."