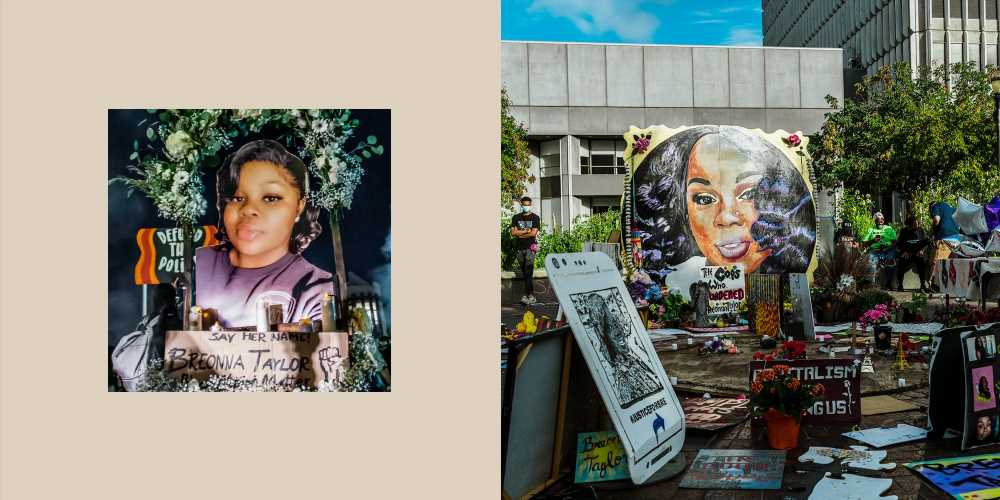 Phelix Crittenden is a 28-year-old, Black Trans activist in Louisville, Kentucky. She has been protesting on behalf of the Black Lives Matter movement all summer, and following the Grand Jury verdict that no one would be criminally charged with Breonna Taylor’s death, Phelix is back on the streets of her hometown. Here she tells Cosmopolitan how Breonna Taylor has changed the very fabric of Louisville and how “Say Her Name” has only gotten stronger.

I’m a day one protestor. I’ve been out on the streets for 100-some-odd days. I’m an on-the-ground organizer. I do the official supply managing for Black Lives Matter. This week has been a host of anger, and sadness, and just exhaustion. People are tired. We’re fed up. And we really, truly feel like we don’t matter, especially the way the announcement came from Kentucky’s Attorney General, Daniel Cameron, who is a Black authority figure. It’s tense. That’s a good word for it here: very tense. And I think it’s gonna be tense for… who knows how long?

A lot of us knew we weren’t going to get the justice we wanted, but once it was official, it was like, wow. One officer was charged with “wanton endangerment,” but that was only because the Grand Jury decided he put Breonna’s neighbors in danger. A lot of us, especially people who organize with me, knew they would drop the ball on giving Breonna Taylor justice. We have to think about what justice for Breonna looks like now that we didn’t get the verdict we wanted for these cops.

While protesting, I’ve already been trapped by LMPD and shot and gassed for four hours straight. So it’s been a very long journey. And since the verdict, we’ve seen a surge in momentum. My catchphrase—I mean, it’s not the popular opinion—but it is “fuck them buildings.” I am fully here for anyone wanting to express themselves and combat injustice in the aggressive and radicalized energetic burst of raw energy. I love that. I’m not condoning or supporting looting, but I’m absolutely here for the riot spirit. As the kids say, I’m with the shit.

This revolution happened at the most beautiful time in our country—with the pandemic. I know that’s a weird thing to say. I look at 2020 as a metaphor: when we go to the eye doctor, they say 2020 is a perfect vision. And that’s what I think that this year has done for me: I see everything so clearly. I see people’s true intentions. I see the flaws in these systems that were not designed to protect us.

She will be immortalized in this very thread of this community.

I think that’s why this touches a lot of us, because we see how we can literally be doing nothing but sleeping in our home and still be made into the bad guy. That is something that we cannot tolerate anymore.

Breonna Taylor touched a lot of people because she was your everyday girl. She was a lot of us. She’s my age group. My mother is friends with her mother. Louisville is a small town with big city ambitions. We still have that “everybody knows everybody” energy. We wave to our neighbors and it’s a very tight-knit community.

I don’t need to be validated for fighting for justice for Breonna because this is my entire existence. My life as a Black Trans woman is a protest. My life as a Black Trans woman is always in danger. And that’s something that I want to continue to verbalize by being brave enough to be myself. Not all of us wear capes, some of us wear rhinestone fishnets. I’m alive. That’s always how we start our gratitude these days: I made it home safely. It’s very surreal.

Breonna Taylor has been tangled into the very fabric of this community. She is Louisville. I don’t think we’ll ever have a conversation about social justice, police brutality, equality, and Black lives mattering without saying her name. It’s very hard that she had to lose her life, but I like to think that she only lost her life physically. Beyond that, she will live forever. She will live longer than any of us, because she will be immortalized in this very thread of this community. She will forever be uplifted and elevated and mentioned.