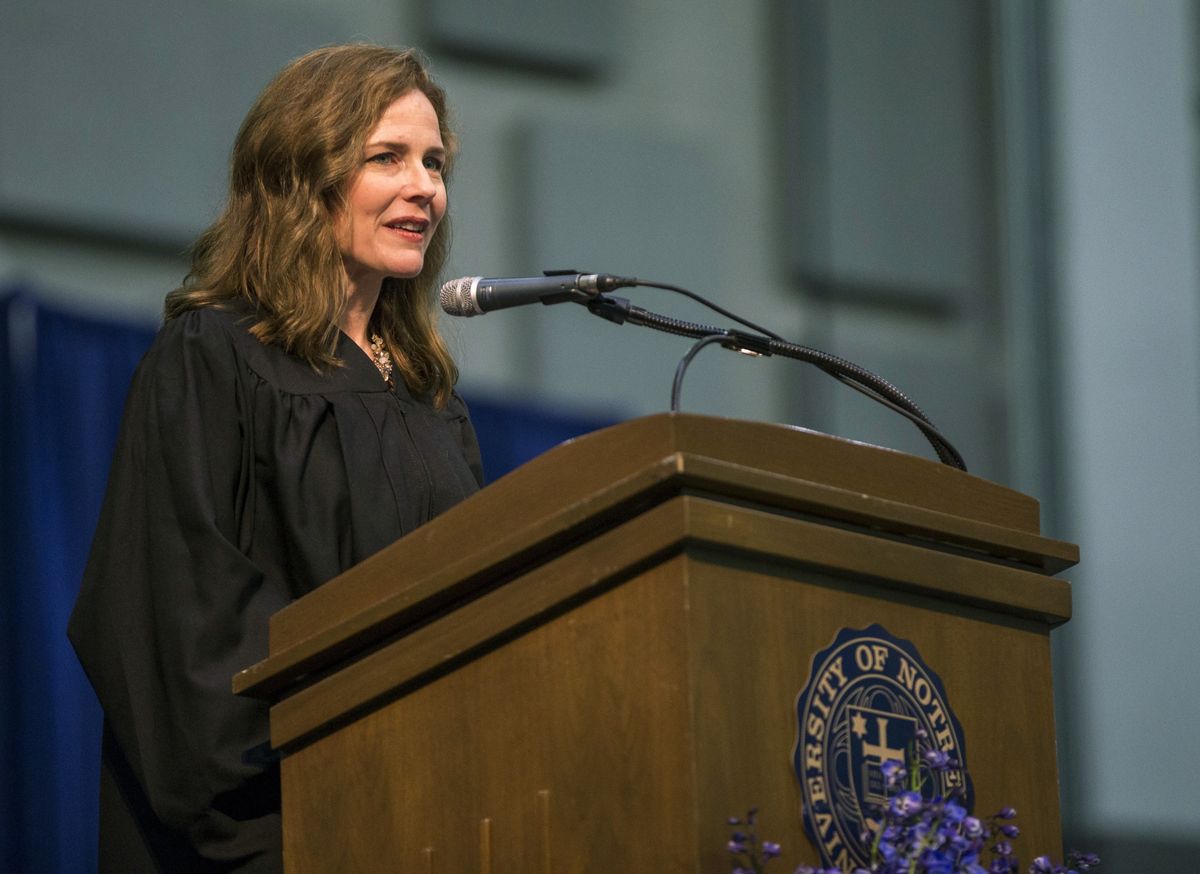 President Donald Trump has told associates he’ll nominate Judge Amy Coney Barrett to replace Ruth Bader Ginsburg on the Supreme Court, according to people familiar with the matter, a move that could cement conservative control of the judiciary just weeks before Election Day.

If confirmed by the Senate, Barrett, 48, would become the third justice appointed to the nine-member high court by Trump. An Indiana-based federal appeals court judge, Barrett is known to be a devout Catholic with fervent anti-abortion views.

Trump plans to announce Barrett’s nomination at a White House ceremony on Saturday, though he could yet change his mind, the people cautioned. A bitter clash will follow in the Senate, where Republicans have vowed to use their majority to rapidly push through a confirmation vote before the Nov. 3 election.

The people familiar with Trump’s decision asked not to be identified because he hasn’t announced it himself. The president declined to confirm the news as he returned to Washington on Friday from campaign trips to Miami and Atlanta.

“You’re going to find out tomorrow” if it’s Barrett, he told reporters. “It could actually be anyone on the list.”

He said that while in Florida he didn’t meet with Barbara Lagoa, another appeals court judge he had considered for Ginsburg’s seat.

“I haven’t said it was her but she is outstanding,” Trump said of Barrett.

The Republican plan to swiftly confirm Barrett has angered Democrats, who have accused Republicans of hypocrisy. Majority Leader Mitch McConnell refused to consider Barack Obama’s nomination to fill a vacant seat in the 2016 election year, saying voters first deserved the chance to select the next president.

McConnell says his precedent shouldn’t apply when the same party controls both the Senate and White House.

There’s little Democrats can do to delay a vote on Barrett, an acolyte and former clerk for the late Justice Antonin Scalia, who was once the high court’s conservative standard-bearer. And her appointment, which could solidify the court’s rightward shift for a generation, will undoubtedly play a dominant role in the final weeks of the presidential election.

Democratic candidate Joe Biden has said the winner of the presidential contest should fill Ginsburg’s seat. Senate Democratic leader Chuck Schumer has told colleagues that “nothing is off the table” in 2021, should Republicans push Barrett through and Democrats win control of the White House and Senate in the election.

Some Democrats are already advocating for Biden and congressional allies — if they achieve control of both the legislative and executive branches — to increase the size of the court and appoint liberal justices to dilute the current conservative majority.

Meanwhile, the White House has been preparing for the nomination fight. Officials are leaning against assigning a so-called “sherpa” for Barrett’s nomination — often a former senator who shepherds the nominee through the confirmation process, including private meetings with senators.

— With assistance by Mario Parker, and Jennifer A Dlouhy